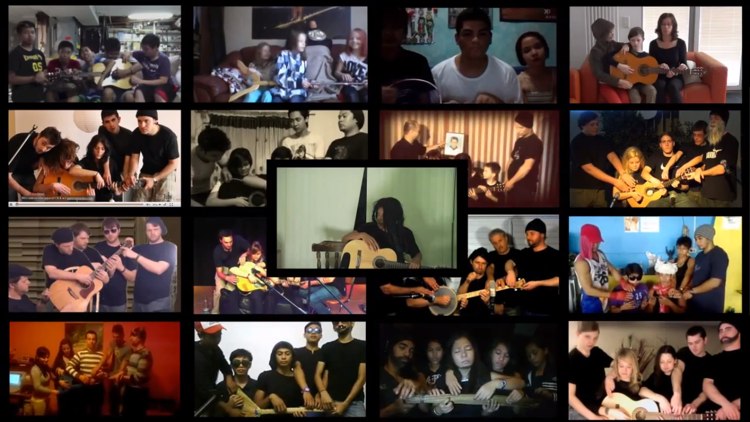 So when El Vez caught up with Gotye’s Somebody That I Used To Know back in February, he was pretty stunned that in the seven months since he originally gave the inventive video a spot on DN, it had caught fire and clocked up an impressive 70 million YouTube hits. Pah, 70 million! You know what’s really viral? Try expressing your video views as almost a 23rd of the planet’s population by hitting nearly 299 million views, that’s viral!

Of course those views were accompanied by countless parodies, tributes and cover versions of the track posted online, which Gotye has now remixed into Somebodies: A YouTube Orchestra:

Reluctant as I am to add to the mountain of interpretations of Somebody That I Used To Know seemingly taking over their own area of the internet, I couldn’t resist the massive remixability that such a large, varied yet connected bundle of source material offered.

All audio and video in Somebodies is from the YouTube user videos featured, each of them a cover or parody of Somebody That I Used To Know. No extra sounds were added to the mix, but I used some EQ, filtering, pitch-shifting and time-stretching to make the music.

It’s more than refreshing to see an artist embrace the popularity of their work with a creative thank you instead of siccing the cease and desist hounds on their fans. Well done Goyte, may you be forever viral.