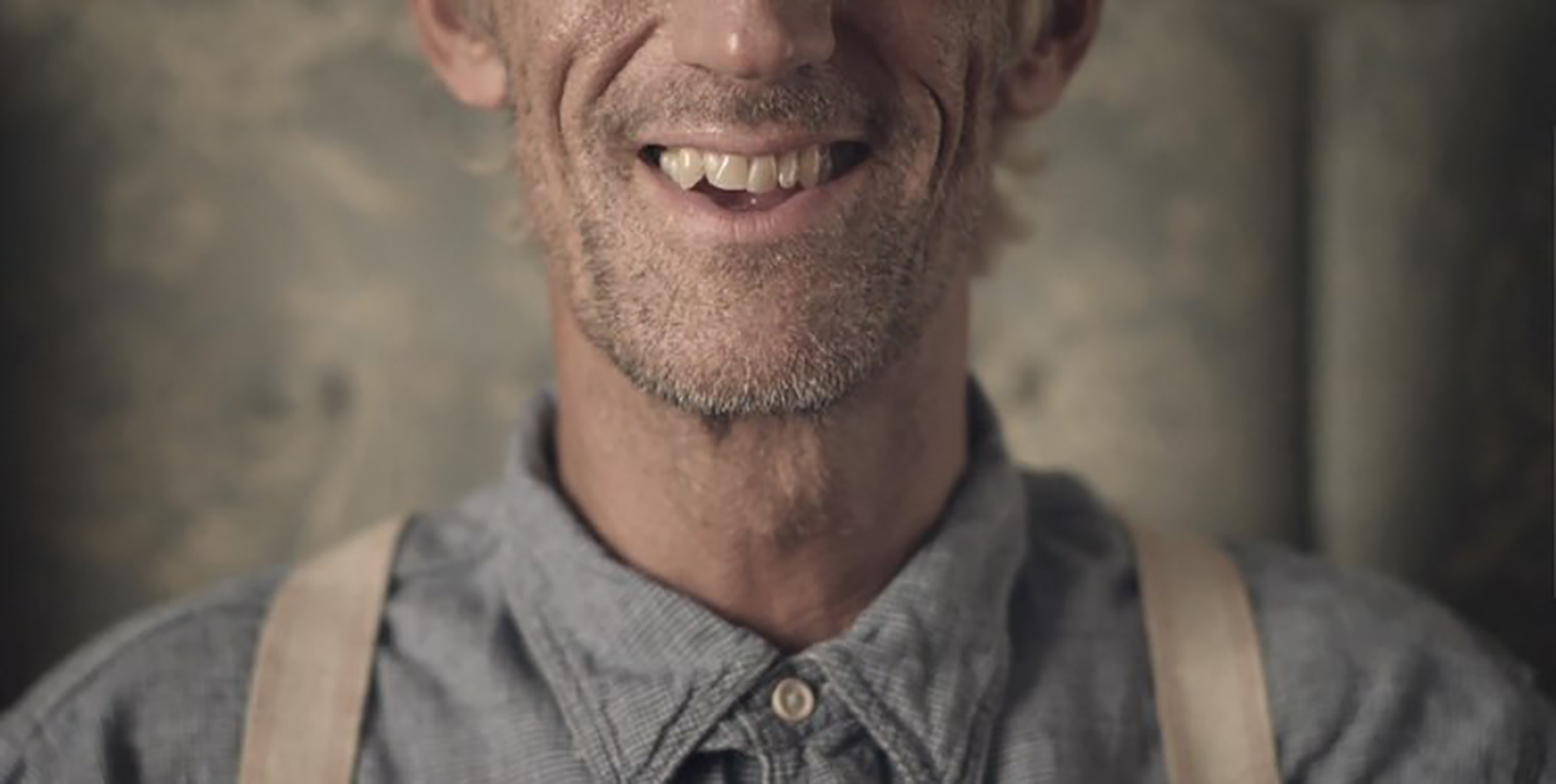 A digital BEAR, a resurrecting fish, a mysterious woodland grasshopper and now a pack of demonic hounds, I’m getting the distinct feeling that Carlos Lopez Estrada has a ‘featured animal’ clause surreptitiously inserted into all his contracts. The inspiration for Houseboat Babies, his canine themed promo for Reptar, came from a snap Carlos took of his dog Cousteau in which the pooch (who also has the pivotal ‘panty shot’ role in the video) exhibited the classic flash red eye that instantly transforms man’s best friend into a blood lusting hell hound. Which although sinister, according to Carlos is just the tip of the duplicitous iceberg:

“I also have this theory that dogs are spies sent by aliens to observe human life. Think about it; they are in homes all over the world – They see it all, they hear it all, they know it all….and one day, they will attack. There is no hope.”

Evil intentions or not, the four legged stars maintained their cover during the shoot, performing on cue and enabling Carlos to get everything he wanted within one or two takes. On the human side of things lead actor Neal Polister not only had the unforgettable look perfect for the promo, but was also a full on dog nut himself which added an extra bit of unexpected character authenticity to the role:

“He has a dog who he loves more than life itself and brings everywhere with him. That dog tattoo in the video is 100% real. He also had dog paws tattooed all over his feet…but somehow those didn’t make the cut.”