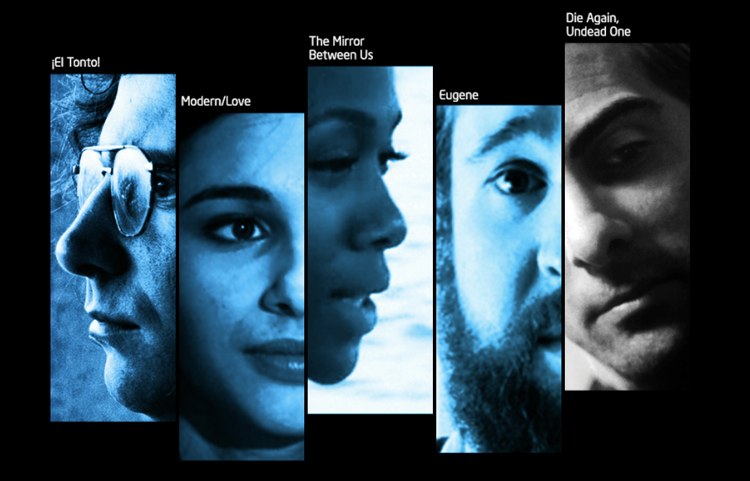 So a few months back Intel, W Hotels and Roman Coppola launched Four Stories, a screenwriting competition in which four winning scripts would be selected and made into shorts by directors selected by Coppola. Well the winners were chosen; Ben Sayeg – ¡El Tonto!, Amy Jacobowitz – Modern/Love, Kahlil Joseph – The Mirror Between Us and Adam Blampied – Eugene, the directors selected; Lake Bell, Lee Krieger, Kahlil Joseph and Spencer Susser and now the films are available for your online viewing pleasure along with making of videos.

You may be wondering why a competition called Four Stories has an image which quite clearly shows five films? Well that’s the smarty pants social media push Easter egg element. A fifth film, Die Again, Undead One directed by Coppola himself and staring Jason Schwartzman will only see the light of day once the projects page hits 3000 shares. Sneaky!