Life Just Is: Beyond Completion

Early last year, I completed my debut feature film, Life Just Is – an arthouse drama about a week in the lives of some recent graduates who struggle to cope with the romantic and existential problems raised by the transition into adulthood proper. The making of the film was outlined on DN across three previous pieces; Taking the Plunge, From Paper Cut to Fine Cut and Finishing the Film. Now, almost a year on, it seemed fitting to attempt to chart the journey that my producers and I have been on since finishing the film. If you’ve ever been told that making the film is only half the battle, you’ve been told right…

The guest list was assembled from prior industry contacts and people whose details we collated over hours and hours of research: essentially, we wanted to show the film to as many sales agents and distributors as possible.

As I detailed in my previous post, we held a cast and crew screening for the film shortly after completing it. What I didn’t mention was that, alongside this screening, we also held a small, private screening for industry professionals at MPC in Soho. The guest list was assembled from prior industry contacts and people whose details we collated over hours and hours of research: essentially, we wanted to show the film to as many sales agents and distributors as possible. As can be expected, the screening was an extremely stressful event – the first time the film was going in front of the industry gatekeepers. I remember at the time feeling a distinct sense of distress in the pit of my stomach, and coming away feeling like it was a total disaster. Looking back, I don’t know why… Sure, several of our target distributors didn’t show up and a few who did come walked out halfway through, but there were also plenty of compliments and, best of all, some interest in the film. This interest soon developed into a distribution deal with Independent Distribution, meaning that, far from being a disaster, we had achieved exactly what we wanted from the screening. 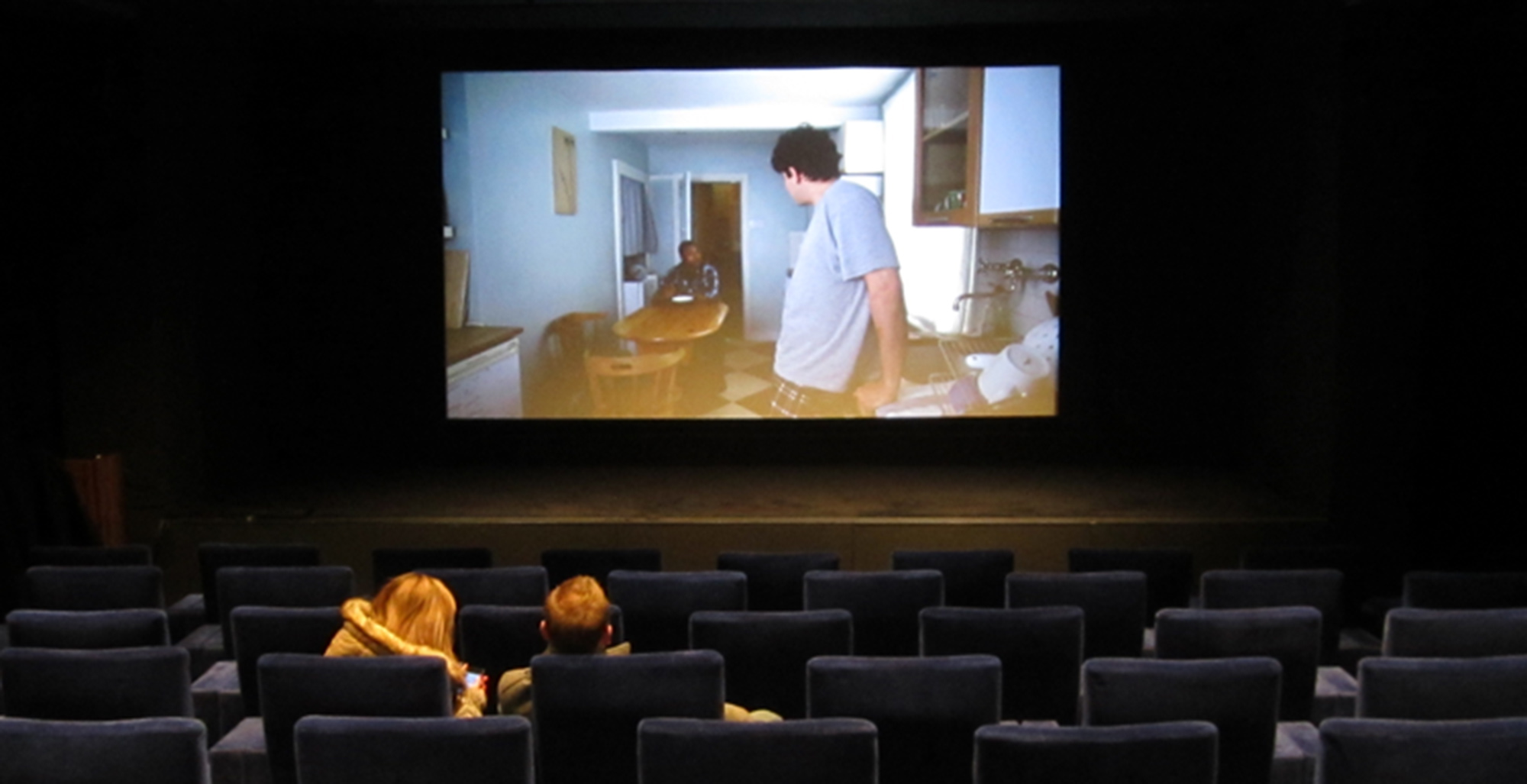 Before committing to the deal with Independent Distribution, however, we decided we wanted to explore our options. As mentioned, not all of our target distributors made it to the screening, so we began a lengthy process of sending out screeners, receiving feedback and discussing the film with other companies. But ultimately it was the offer from Independent Distribution, made off the back of the industry screening, that we decided to accept.

However, it wasn’t quite as simple as us just saying yes. Like any distributor would have done, Independent requested a long list of deliverables. Most problematic for us was the small matter of E&O insurance. We had included the cost of the insurance in our budget… but we’d (significantly) underestimated how much it would cost. There was also the added complication of a couple of uncleared logos in the film, which the insurer wanted to exclude from the policy. For a short while, it seemed like we were going to stumble at the last hurdle.

The film had been selected by the Edinburgh International Film Festival and what’s more, it had been chosen to play in competition for the Michael Powell Award for Best British Film.

While all of this was going on, however, we’d received some good news: the film had been selected by the Edinburgh International Film Festival and what’s more, it had been chosen to play in competition for the Michael Powell Award for Best British Film. The news was a good boost for morale and provided us with the perfect platform from which to launch the film in the UK. It also provided Life Just Is with an extra level of ‘approval’ from the industry, which perhaps proved useful in helping us find the additional investment we needed to purchase the E&O insurance. Thanks to some sterling work from our assistant producer, Roland Holmes, we were even able to clear all the necessary logos and get the insurance with no exclusions! Nevertheless, even with the E&O insurance secured and the film’s world premiere lined up, both festivals and deliverables continued to give us something of a headache. Festival submissions are something of a nightmare to navigate due to various premiere policies, while the deliverables list simply ended up being a lot of work to put together.

Still, with the deliverables finally assembled and the contract signed, we decided to announce the deal with Independent during the Cannes Film Festival, in order to help us maximise publicity. We also held a market screening during the festival, with an eye to selling the film internationally. We had a good response to the screening (including a very nice review from Robert Koehler), though ultimately we didn’t succeed in getting many distributors or sales agents along – but as Cannes is something of a meat market, I’m just happy there was anyone there.

The following month was our world premiere at Edinburgh. Like at the test screening we held during postproduction, the reaction to the film seemed mixed. But we had two good Q&A sessions, in which the questions revealed a high level of engagement amongst audience members – surely a good sign. We were also selected for both the ‘Best of the Fest’ screenings and a special series of highlight screenings that the festival curated for a partner venue in London, meaning that we were off to a good start.

The programmers at the BFI Southbank enjoyed the film and agreed to give us a two-week run. From there, we set about securing screenings at venues including the ICA, Riverside Studios and Genesis Cinema.

Under the terms of the deal with Independent, we had agreed that we would take on the mantle of organising the theatrical screenings ourselves. With this in mind, we began to approach venues, sending out more screeners and opening dialogues. Luckily for us, the programmers at the BFI Southbank enjoyed the film and agreed to give us a two-week run. From there, we set about securing screenings at venues including the ICA, Riverside Studios and Genesis Cinema.

Then, finally, the moment of release was upon us. It’s hard to describe the joy, relief, stress and palpable tension caused by sending your film out into the world. I have been working on Life Just Is on and off for the last seven years. For better or for worse, I’ve poured my heart and soul into the film, and it’s understandably become a huge part of my life. The negative comments 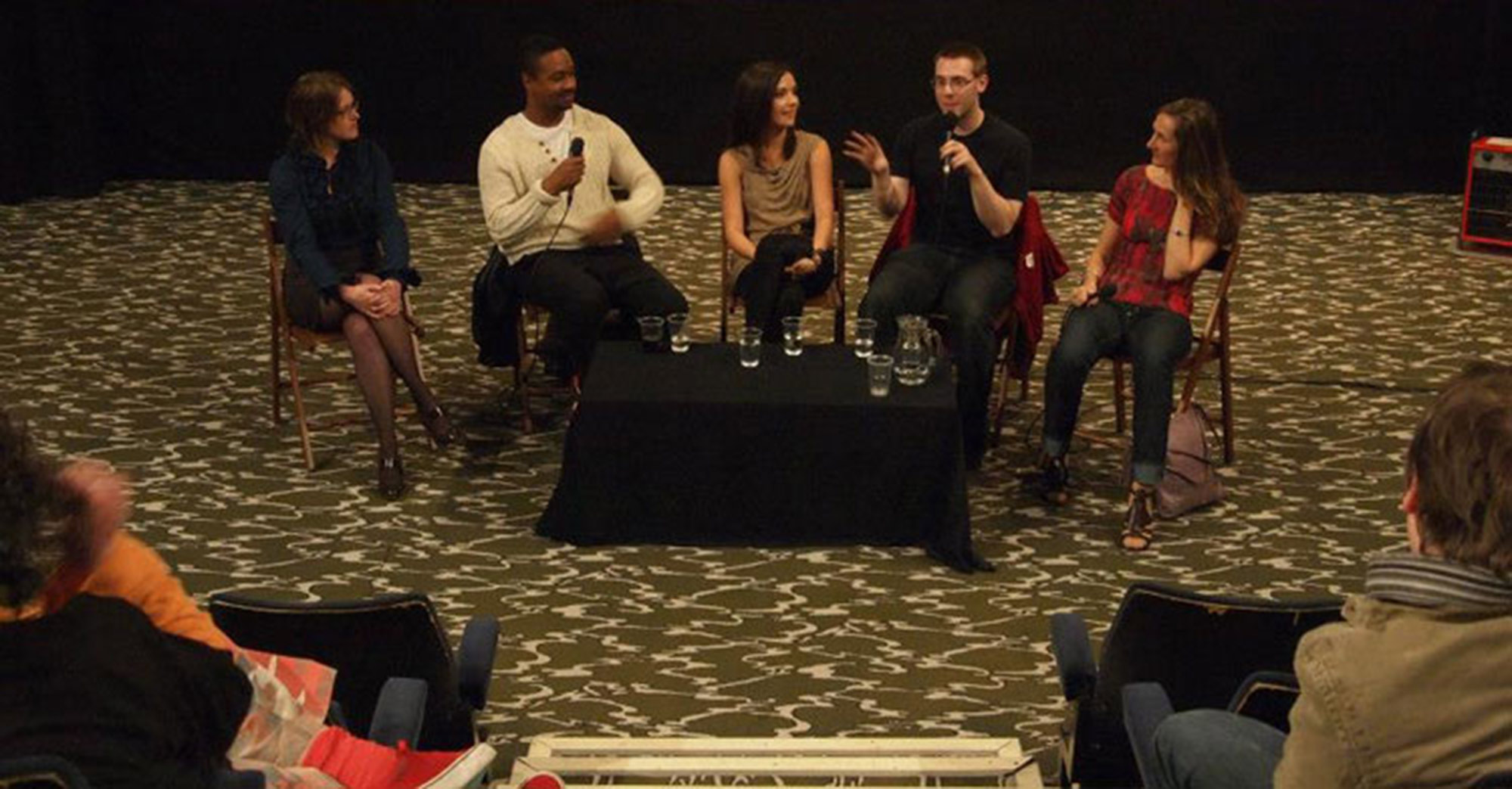 , somehow, stick in your gut like a knife, while the positive comments (of which there were many, including the honour of being selected as Mark Kermode’s DVD of the Week) seem almost instantly forgotten.

Still, the film is out there now, out in the world and taking on a life of its own. Though that’s not to say we’re not still working hard on it – we still have our sights set on launching internationally. But work on the project is slowly easing off, and now I’m back to square one, hoping I’ll have the chance to do it all again…

Life Just Is is available now on DVD and VOD from all good stockists in the UK and Ireland. Also available are two books released to tie in with the film’s release: Life Just Is: Director’s Journal and Life Just Is: Scriptbook. The former presents an honest and open account of the making of the film, containing as it does an edited version of the journal I kept throughout the seven-year making of the film. The latter contains both the first and final draft of the script. The two books are available internationally on Amazon.