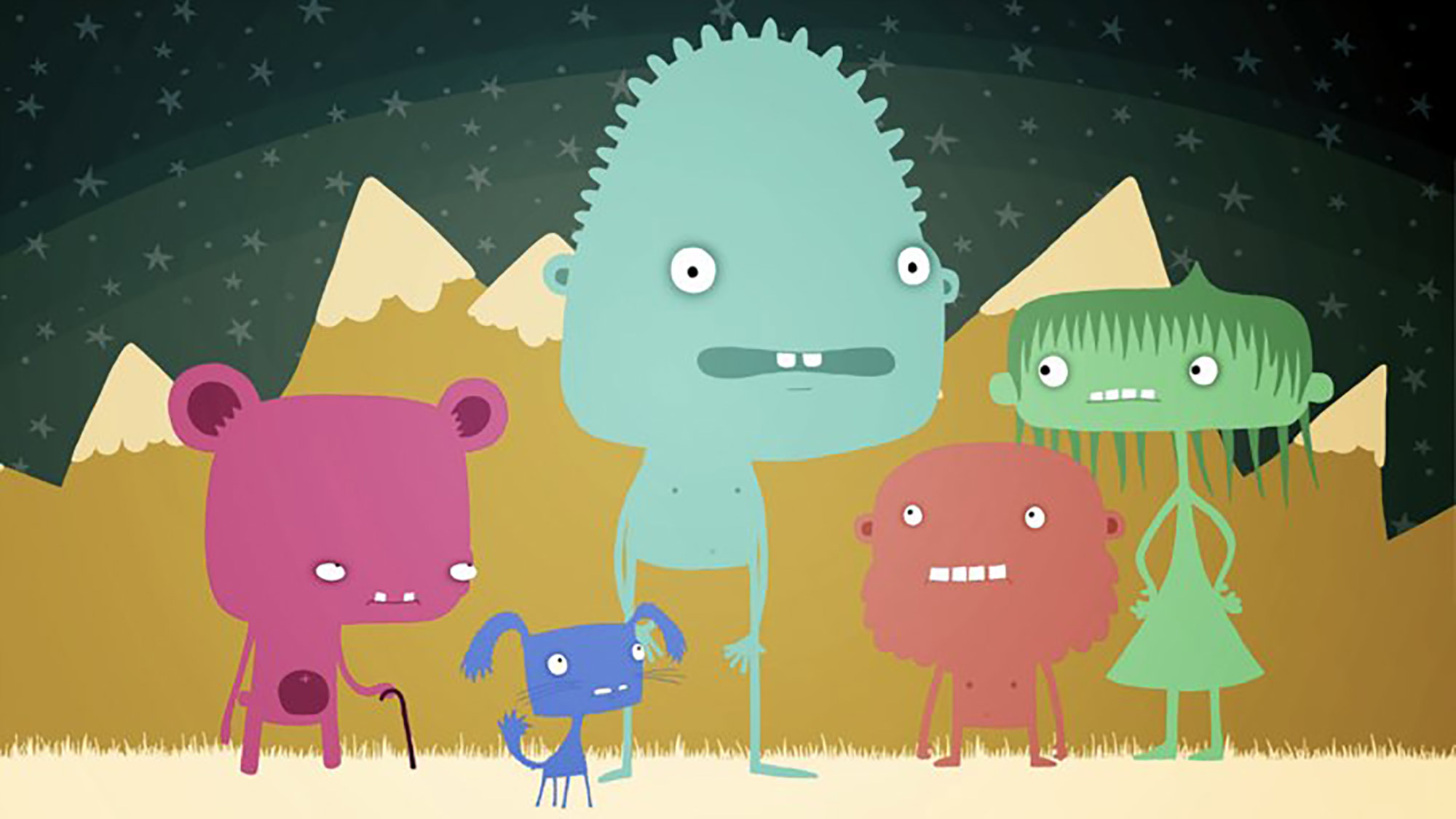 Beginning as an exercise to get him back into the swing of drawing in his sketchbook again, Andy Martin began the Handymartian’s Illustrated Aliens project; setting himself the challenge of designing a character everyday. As can happen things took on a life of their own from there:

“I thought it would be cool to create a planet for them to live on which I then could post at the end of the month. To make me stick to the plan I set up a blog so I had to post a new character everyday.

Half way through January I had a few days (between trying to complete another more ambitious stop motion short Mr. Director) so I made some sounds that the characters might make and created a song and an animation featuring them. This was fun, so I’m also now trying to create a mini short animation every month.

The characters start in my sketchbook and then I artwork them up in Photoshop (separating limbs and features ready for animating) and then animate using a mix of Photoshop and After Effects. I post the sketchbook drawings and Photoshop images on Instagram and then the final image on the blog.”

The plan is that by the time January 2014 rolls round Martin will have given birth to a solar system of 12 planets and beefed up his drawing skills along the way.

If these extraterrestrials have taken your fancy, you can pick up your very own print of the planets here.