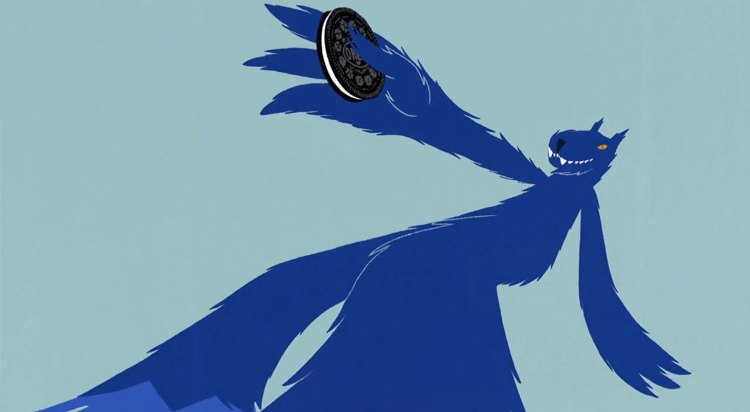 If you like Martin Allais’ work as much as we do, you’ll also be glad he persisted for over a year to create his fantastically playful ode to the power of Oreos, in which enemies become friends and joyful creme filled chocolate biscuity goodness is spread throughout the world.

“It took us over a year since the first pitch in August 2012, whenIi just sent some illustrations, until Jan 2013 that we got the GO to start producing this spot.

Over all this time, we got a lot of ups and downs and literally the project got into the drawer several times. I did a lot of drawings, we developed a lot of ideas, we travelled, we met, we drank, we talked, we sent mails, we did storyboards, we change shots, but always in the best of moods and we are actually sorry that it came to an end, because we wanted to keep on this wave of frames and drawings.”