Sean Buckelew Bears All About Latest Short ‘Another’ 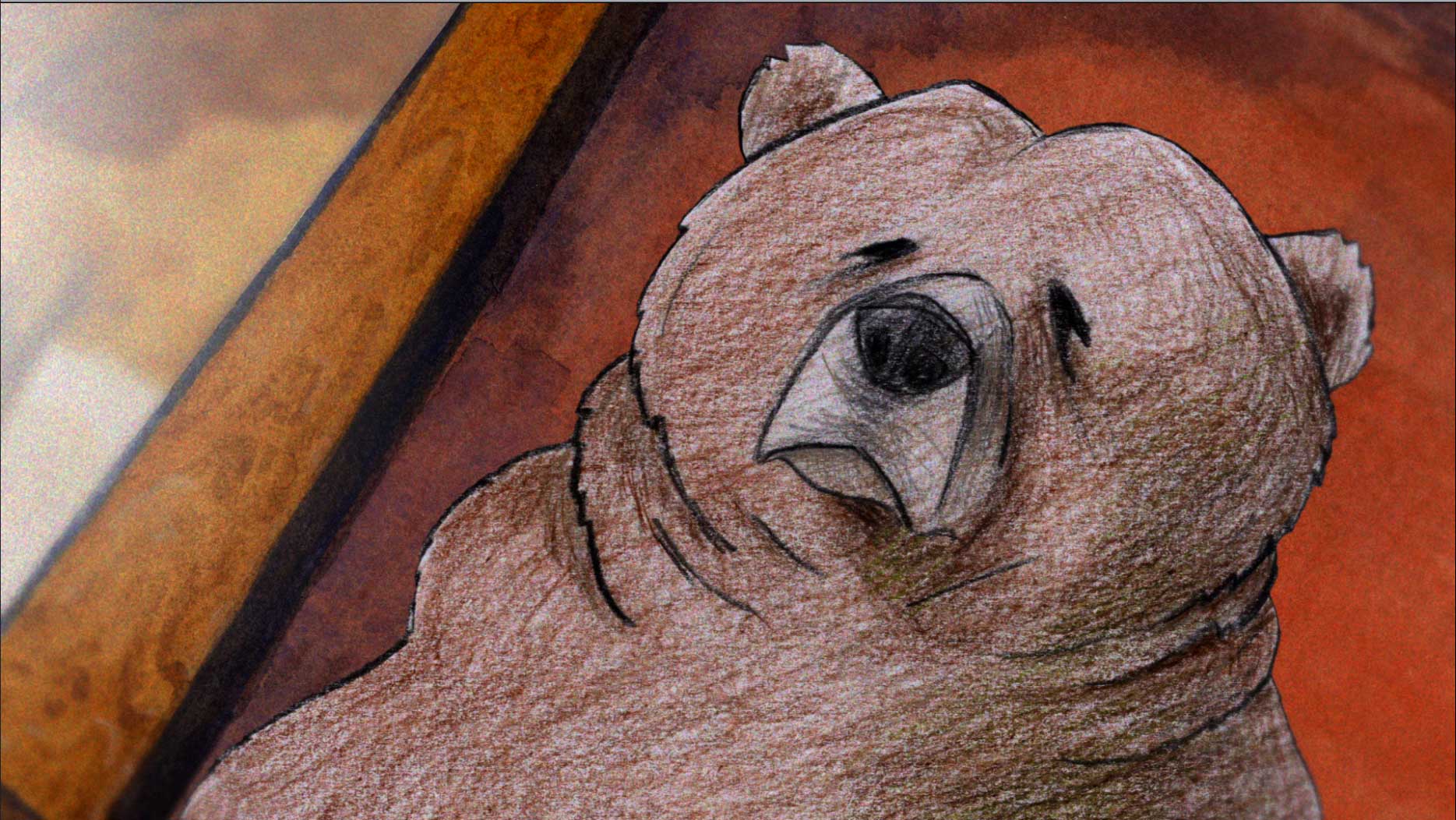 Directed, animated and edited by Los Angeles filmmkaer Sean Buckelew, Another is an epic and ambitious 17-minute animation that tackles themes of death, bereavement and parental responsibility.

A family’s idyllic life is interrupted when the father is killed while defending the family from an intruding bear. Asserting victory, the bear moves into the house and assumes the role of father for himself. Once his foot is in the door, however, he finds himself implicated in a family dynamic he did not expect.

Another may be set in an unrecognisable comic world, where a bear can become a paternal figure to a young boy, but the central topics of this animation are one’s we can all recognise. By creating something absurd, that has its roots firmly planted in reality, Buckelew has created a powerful and poignant short destined to make you explore your own parental relationships. So just where did this unusual narrative of a grizzly father came from?

There’s definitely some real life inspiration for the plot, but not quite what everyone assumes. I was visiting New York for my brother and (now) sister-in-law’s wedding, and we were very self-consciously trying to come up with an idea for a new film and sort of responding to the emotional vibes in the air surrounding their imminent betrothal. The original idea was about this father/husband character having a strange sense of responsibility with his family (like, he would get a paycheck and blow all of his money on bad, amateur art just to give a sense of purpose to the bad artists making it) and getting in trouble and just generally having a tense relationship with certain kinds of responsibilities. I think we also wanted to try to have lots of tension and fuck ups without demonizing any of the characters. My brother did this little sketch of a mom and kid watching out the window as a dad was mauled by a bear (for some reason), and the two ideas sort of fused in a way we liked. We spent the next few weeks exploring some of the possibilities of a bear having uneasy familial responsibilities, and the movie just sort of filled itself out. All of the more abuse moments are purely imaginative though, not drawn from any personal experience (shout out to my actual Dad, who is about the coolest, most supportive dude on the planet).

Accompanying the ominous themes of Another, Buckelew opted for a cartoonish aesthetic, providing a contrasting visual style for his dark narrative. It’s a strong look, made even stronger by its connected storyline, but how did the director go about achieving the film’s style?

The film took about 4 years. It started as my senior thesis from the School of the Art Institute of Chicago and then came with me when I relocated to Oakland, CA. Most of the animation was completed in these first two years. The whole film is colored pencil on paper, scanned into Photoshop and composited in After Effects. The backgrounds are all watercolor paintings on that thick Arches paper. I tried not to cheat too much in post, just a few lighting things and camera moves. I was working alone on this film for about 95% of the time, but I got some pivotal help here and there from friends and other animators, mostly with coloring (which took more time than every other step of production combined).

For the last two years, I moved down to Southern California to attend CalArts, and the final bits were placed on the back burner until it slowly got completely finished. Overall, it was really fun to work on, I never had any major crisis of interest because the narrative was open-ended enough and I could always find some micro-element to get excited about.