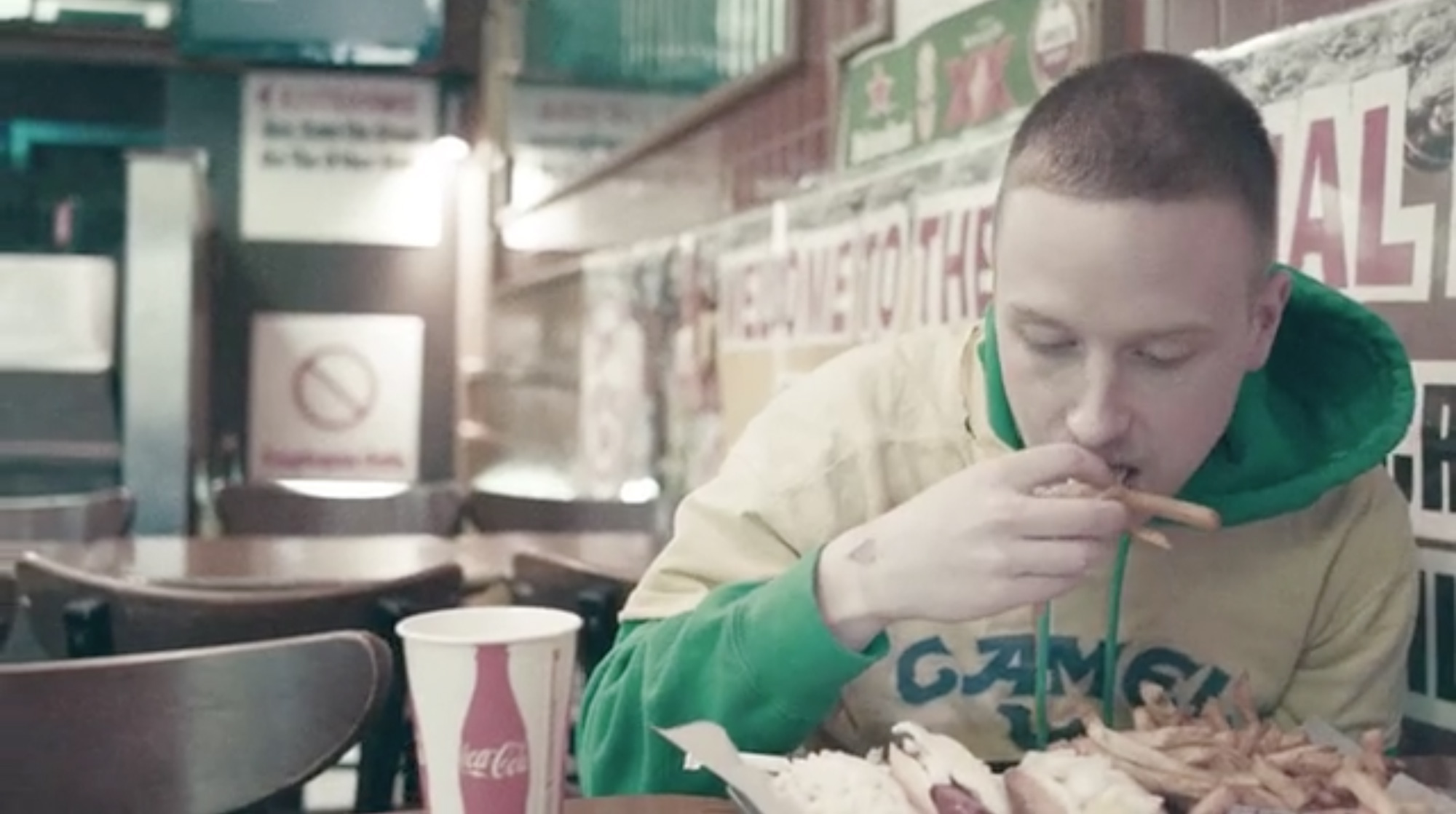 We see so much of Michael Lawrence here on DN these days that I’m thinking of getting him a key cut and clearing out a dresser drawer at DN towers. Our latest excuse for looking in on the Brooklyn based director is the result of five days he spent marauding around the streets of Pittsburgh with Wise Blood for the Rat promo. We asked Michael to tell us a little bit about the experience:

I first spoke to Chris (Wise Blood) about doing a video years ago, when I first heard his music. When Josh, his manager, sent me Rat in late April, immediately I had this sort of Rat King/Nutcracker/Delinquent Youth idea pop into my head. I wrote up a rough treatment, it got short listed. Chris and I spoke on the phone. He liked the idea but wanted to add his own touch to it . . . So I packed a bag for Pittsburgh.

Was there a narrative running through Chris’ exploits or specific spots/characters you guys wanted to encounter?

We had an original treatment we were referencing, but this evolved as we shot. Chris definitely had his own list of places/people that he wanted to incorporate, and I had some ideas I wanted to make sure got in too. We shot as much as we could. The actual scenes were very unscripted — basically we set a tone, placed him in location, maybe gave a few key actions and let him have at it. He’s an incredibly talented actor and even more bizarre and interesting in person.

We shot on RED, with a bit of 5d mixed in for scenes where we couldn’t bring a bigger camera in.

Did you hit any trouble running and gunning this promo?

Well, we really should have. To be honest, we had to white lie so much to get into a few locations that I really thought karma was going to bite us in the ass. I kept on pretending I was a film student and that Chris was a friend from school who we were doing a class project on. The entire prompt was to be as delinquent as possible – so between lighting a cigarette in Target (this got cut out), sneaking into the most “exclusive” club in Pittsburgh (which, coincidentally, is the empty dance floor shot), Kiel hiding the camera in his lap while riding in a wheel chair at the mall, and lighting a pretty massive fire on the front lawn of an upscale suburban neighborhood . . . we should have been in trouble. On that last shot, with the flames ablaze, a cop car rolled by, past the camera, the fire, the big party and people drinking outside . . . and just kept driving. We were lucky.

How long did the edit take? Was it a straight forward assembly?

Funny enough, I cut the whole thing in about 8 hours, mostly off of memory. It was rhythmic and fresh on my mind. Chris and I sat down and we knocked it out. When we sent it to the label, they didn’t have any notes. We looked at each other and we didn’t have any changes. So that was that, final cut.