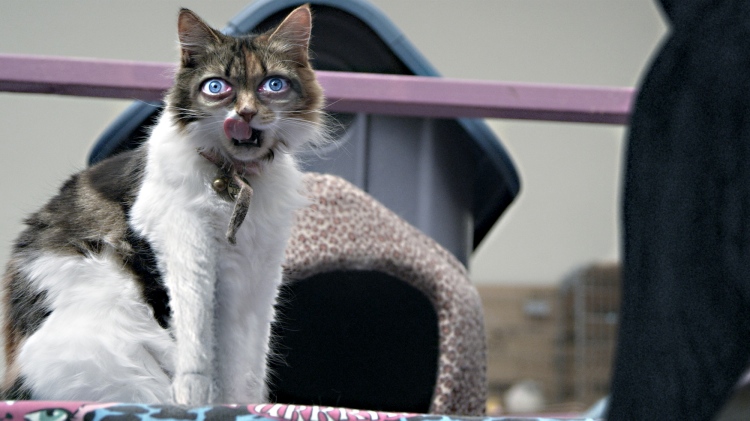 As much as we may love their keyboard playing antics, somewhere deep in our animal brains we’re aware that the only reasons cats don’t rise up is due to our size advantage and their aloof nature preventing them from joining forces and taking us out. Musician and filmmaker Michael Shanks / Roadgeek taps into that primal fear, and indulges his compulsion for freaky eyes in Towards the Sun. We asked how the hell he came up with the disquieting concept.

“The development for ‘Towards the Sun’ came about simply because I realised there was only a month left before submissions for St Kilda Film Festival [where he took Best Independent Music Video and Best Overall Music Video for On the Borderline last year] closed. That kicked me into gear as I suddenly noticed it had been almost a year since I’d made a music video.

I’d had an idea to do something with cats as they seem to be the strangest creatures; constantly surrounded by humans but seemingly disinterested in them. I was playing with a kitten one day and the bastard wouldn’t stop biting and scratching my hand as if it were a monster. From here, I thought it would be cool to create a video the showed how humans might look from the perspective of a cat.

The idea of using human eyes on the animals was for two reasons. One, because I figured it would look cool and hopefully super creepy; and also to show that we were treating the cats as the protagonists as we’d literally be seeing things through their eyes.”

With the festival deadline just round the corner Shanks stepped into gear on the low budget production. Fortunately, Inspiration Studios were willing to loan the filmmaker a RED Epic for the majority of the shoot, with a friend of a friend stepping into the breach for the final shoot day with a RED One. Taking things right up to the wire, Shanks also had to reshoot some elements on his Canon 5D the day or so before submissions closed after realising that his original ending wasn’t going to work.

Set to work through post production solo, it made sense for Shanks to remove all distractions and outside obligations from his life, such as grocery shopping or cooking, so he moved back into his parents’ house for the final stage of the film. 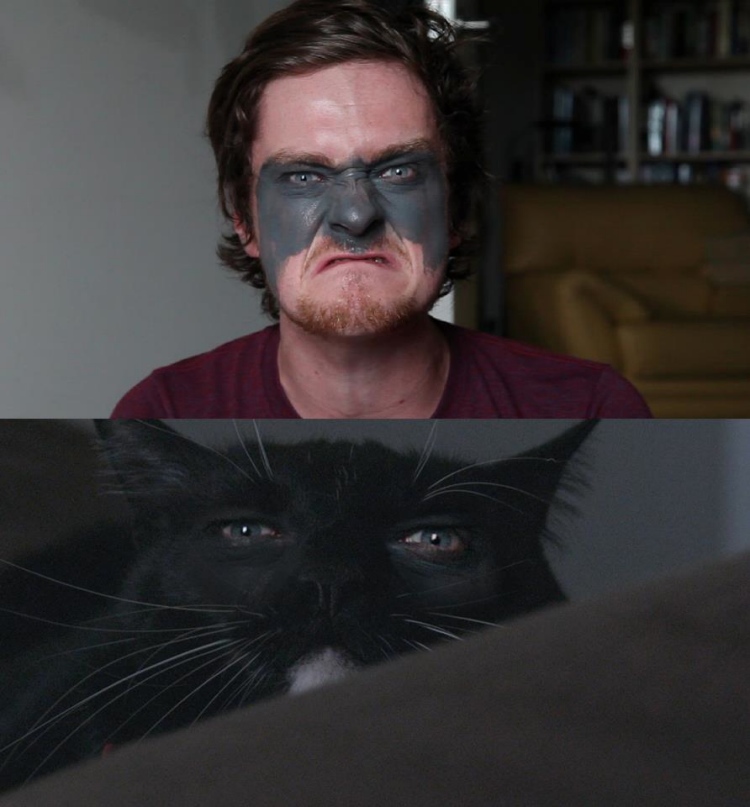 “The process of life then became waking up, working on the computer, then walking into bed and repeating. Literally every waking moment was spent on the clip for that month.

The clip was then edited with most of the effects done except for the eyes. In order to acheive the eye effect, I took snapshots of each shot on my iPhone in order to match perspective. Then, I’d paint some black makeup around my eyes, set up a camera on a tripod, press record and dart back in front of the lens. I’d then sit in one long camera take, matching perspective for each shot and performing some full on ocular acting to portray the lead cat.

The other cats’ eyes were portrayed by anybody I could coax into helping out. My parents both feature as cat, particular my dad who played several of the cats. I used my girlfriend, my friends and my parents neighbours to fill out the rest of the ‘eye’ cast.”

The disquieting concept and single-minded focus of its realisation was obviously worthwhile as Shanks took Best Music Video – Independent in the Soundkilda music video awards at the end of last month. He also has the added bonus of making cat lovers around the world forever mistrustful of their feline house guests.