Using Dance to Defy the Laws of Physics in ‘Shunpo’

What if we could escape our daily routine for a moment? A step, just one, that could move us miles away from here, in a second; a flash step.

Dance as a mechanism for filmmaking is oft plagued by the preconception of it amounting to little more than pretty movements which eschew any real effort of forming a narrative. In his short SHUNPO, Steven Briand uses the physics defying skills we saw in Proteigon to ensure that Fabrice Domenet’s choreography (quite literally) moves dancer Juliette Nicolotto onto new places:

“The goal of this film was to be able to tell a story using only dance as the medium. Building a choreography that could go through various places and still look like one flawless movement was the keypoint.”

With a set up which required the production to shoot in 13 different Paris locations plus at Turkey’s “Tuz Gölü” salt lake, Briand had to crack the problem of how he was going to blend the dance moves into a seamless, flowing continuum?

“The main challenge was to actually shoot this split choreography on each set as a single sequence. Cameras [Canon 5D Mark III with 16-35 L, 24-70L and 70-200L lenses] had to be at the same exact distance from the dancer and the dancer had to be able to repeat the exact same movements, even if the set was totally different (a small office vs the desert). All these constraints finally led us to avoid the use of any special effects at all, we just played with the editing to create this feeling of a character moving through different places within the same movement.” 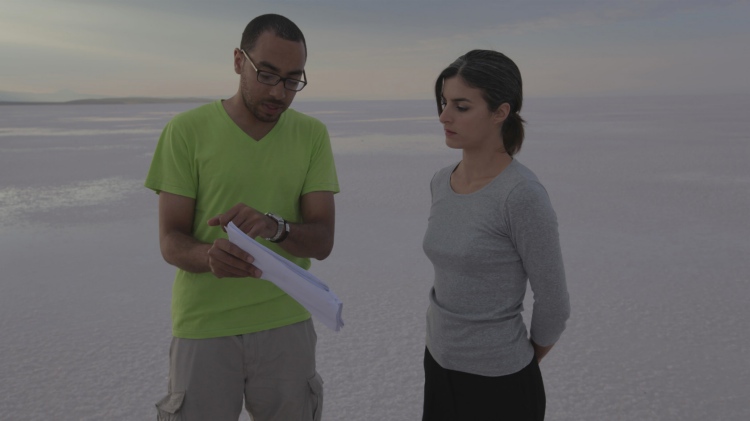