De La Soul: Get Away 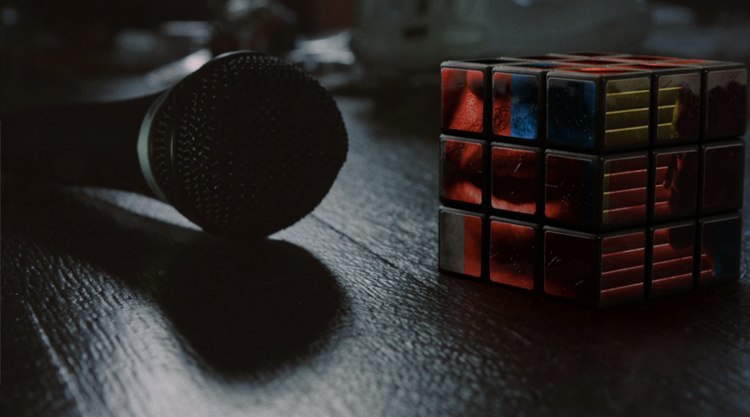 The early concept springing from a triptych Christmas card director Lenny Bass received from De La Soul of their faces, it wasn’t long before Bass had upscaled that to the idea of a performance mapped onto the sides of a Rubik’s Cube in motion and brought Kris Merc’s 3D directorial skills onboard to augment his more traditionally live action ones. Although the nature of a cube meant that only four of its six sides would ever be visible on screen at once, that still required the directors to put together four simultaneous edits in which eye lines and actions across facets had to match once mapped to the 3D object. Merc clues us in:

“In terms of process it was pretty complex. We shot performance on RED and then shot plates for backgrounds. Then we had to create a 3D Rubik’s Cube and animate and render it and map the performance on to that cube. It was a complicated process and involved heavy edit work as it has multiple faces interacting.”

Take a read of the in depth, two-part interview over on The Soul Dynamic here and here.