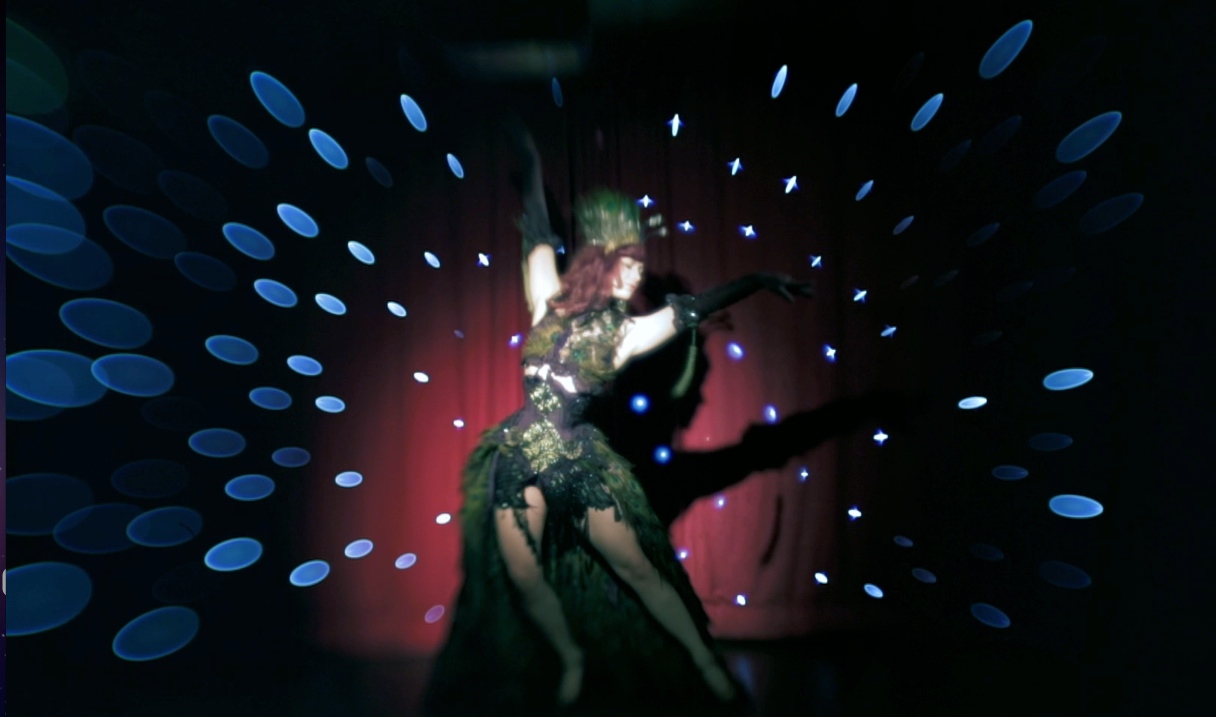 Floating through your head like the final wisps of a fading dream or the uncanny tingle of an elusive, false memory just on the cusp of recollection, David Baksh’s poetic portrait piece The Butterfly pays tribute to the ever shifting form of a burlesque performer.

After initially meeting aesthete, artiste, muse and burlesque performer Vicky Butterfly whilst shooting a Sky Arts documentary series, Baksh was struck by the creative interplay between her performances and the dramatic costume designs of the Central Saint Martins’ graduate:

“Having met her, I resolved to create a piece that would celebrate Vicky as a performer whilst also mythologising her into something more – the restless spirit of transformation and change made real. It was very important to me that the film had the quality and texture of a memory, something of the past, yet timeless and still current. To help achieve this quality, a simple poem seemed to be the best method of creating a narrative structure and a hauntingly familiar yet strange piece of music, the best accompaniment.”

Again returning to the costumes for inspiration, Baksh crafted each stanza of the poem in reaction to each of Vicky Butterfly’s featured ensembles and the key locations and historical moments of turbulence they evoked in his mind: “From Diaghilev’s Swan and Stravinsky’s Firebird in Paris to the cabaret clubs of Weimar Berlin and the artists’ salons of turn of the century Vienna. Erik Satie, of course, was also writing at this time – hence the choice of Gnossienne no.1 for the soundtrack.

Visually – and spiritually – the film owes much to Nic Roeg, Patrick Keiller, the Lensbaby lens system and lens-whacking – allowing organic and spontaneous optical blurs, flares and other accidents to degrade the clarity of the image whilst imbuing it with heightened emotion and, above all, naturalism. I wanted to evoke a false-memory within the viewer – by mimicking the (im)precise, selective and imperfect nature of how we actually see. The grade, by Duncan Russell at Smoke & Mirrors enhanced this impression beautifully and Simon Capes’ sound design (and vocal direction for my read of the poem) was spot on.”