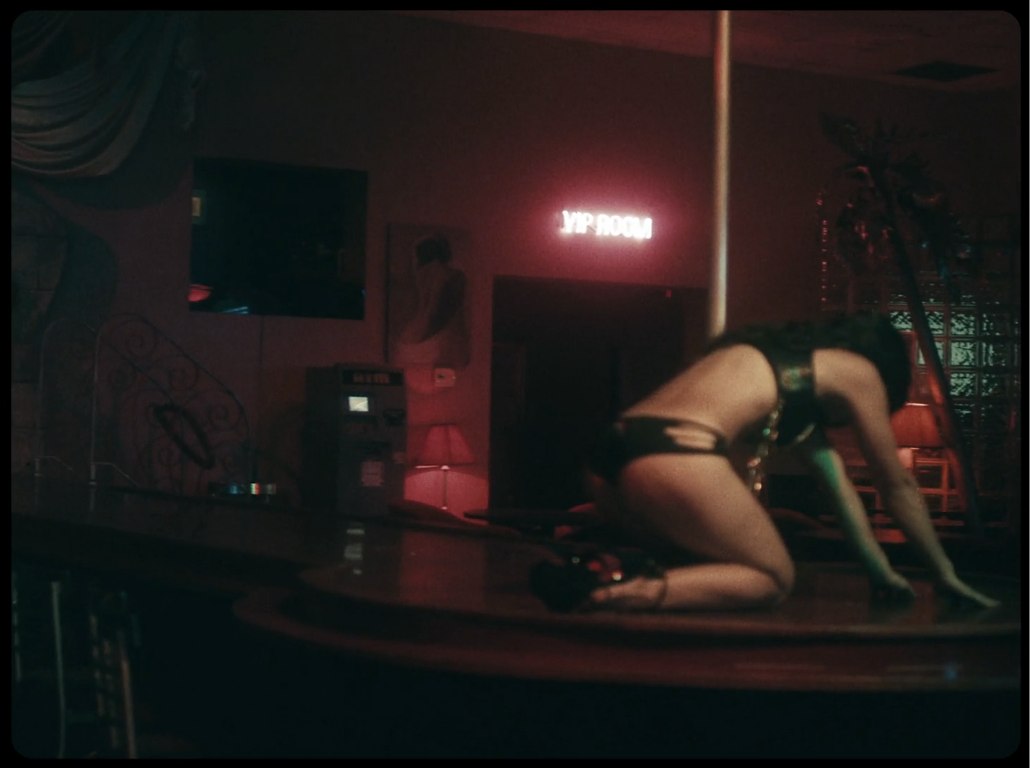 A music video set in a strip club? I bet you’re already picturing a bling coated, bass thumping, booty shaking neon affair? Not so in Michael Lawrence’s promo for Porcelain Raft’s The Way Out, which plays out its single shot steadicam action within the confines of a club nestled amongst forgotten, semi-occupied stores. We asked Michael to tell us about the glamour of shooting in a bump n’ grind joint.

How did you end up working with Porcelain Raft on The Way Out?

Mauro (Porcelain Raft) reached out to me shortly after my video for Dirty Beaches came out, saying he was a fan of the work. Given that Porcelain Raft has long been on my list of bands I’d totally love to work with, of course I said yes!!!

How did the concept of the near deserted strip club narrative develop?

The first time I heard the track, immediately this image came to my mind of this desolate, lost, vacant place. Growing up in Buffalo, there are so many empty lots, small businesses that you don’t know are in operation or just a mere shell of what they used to be. I was curious who might work at one of these places, what kind of dodgy operation might be going on? These two characters needed to be isolated in this fringe world. They’re alone and it’s equally sad for both of them.

A 4:3 frame is a rare thing in music promos these days, why that aspect ratio?

I’ve always wanted to do something in 4:3, but hadn’t found the right project. I shot some 16mm back in film school that was Academy and I always liked how photographic it was. There’s a sense of intimacy to the frame – you can’t really compose easily for two people. I thought for this story it was appropriate to be kind of limited in what you could view – it adds to the suspense and it also hints at the idea that this perspective, of the camera/audience, could be another person. I wanted you to feel like you are there, in the space, not viewing a glamorized, stylized version of it. 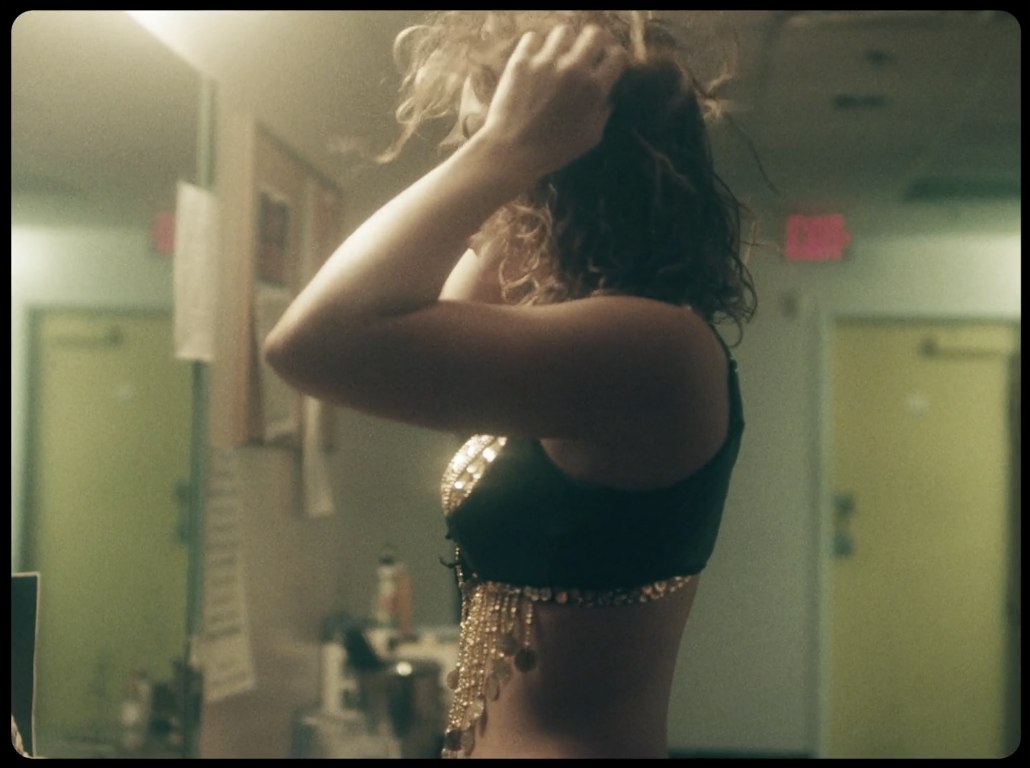 Was the aspect ratio or the dark concept a hard sell for the band or label?

Mauro, and the label were both into the treatment, and super supportive of my creative decisions. We spoke a couple of times over the phone about the tone, about what might happen. Mauro and I got coffee a few days before I flew up to Buffalo to shoot – and we just hit it off. I wanted to make something great for him because I like him and I love his music. They trusted me – no one from the band or management was on set the day we shot.

How many run throughs to nail it?

We only had 5 hours in the location; so it was 4 hours of prep/running through blocking and then 1 hour of shooting. We got 5 full takes in. The second to last is the one that ran for the final video.

I’m presuming post was more about grading than any editing?

Well, it was always part of the plan that we wouldn’t have much (or any, really) time for an edit. The label needed the video turned around really quickly and I had other commercial work booked prior that I couldn’t move around, so post was mostly about the grade and just finishing the project right. I did some custom titles. Jaime (O’Bradovich), my colorist at Company 3 and I had actually talked about the script before we shot. We had a specific look in mind. He’s just a wizard, he takes everything to the next level. At this point we’ve worked together enough that I don’t know if we even have to have a conversation. It’s intuitive, he just gets it.