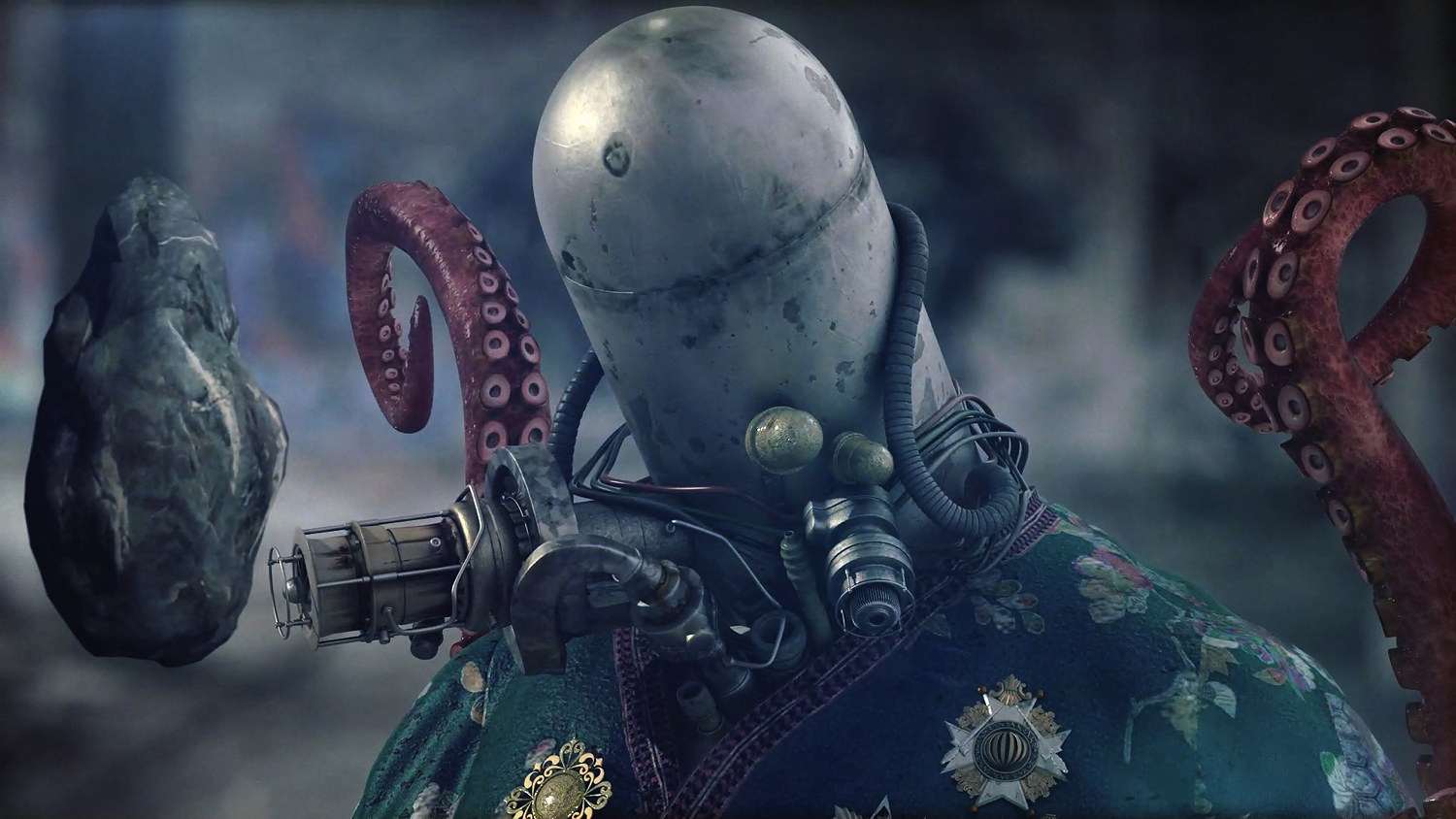 It’s been 6 years since London director Jon Yeo last joined us on the DN podcast, but we won’t hold it against him as he’s back today with his new film about long dead Kings arising to claim a fallen Emperor, Leviathan Ages. We discuss Jon’s return to the hands on method of working he employed on the excellent Beauty is the Promise of Happiness, and dig into the roots of the varied inspiration he pulls from film, music and games.

High up amongst craggy hilltops sits the ancient and powerful monument. An imposing temple, from where the Empire has been ruled harshly. Inside, a decrepit inner sanctum. Its dull crumbling walls are defaced with tribal markings. Half turned to dust and dead wired, a still and dormant place. The Emperor sits centrally in the chamber. Proud, defiant, adorned in ceremonial robes. These are his last moments, in a trance like state our illustrious leader begins to conduct an aeons old ritual. With telekinetic grace, nine stones levitate, orbiting in gentle celestial ballet. This rite awakens the spirits of nine dead Kings, their eternal souls now locked in fragmented prisons carved from the ancient rock. Across ruined landscapes they approach to claim the fallen Emperor, in judgement of his reign.

As a director you want those calling cards to say “Nobody else would have made this thing quite like I made it”.