Wonky Films Reveal the Truth of ‘Why Did The Chicken Cross The Road?’ 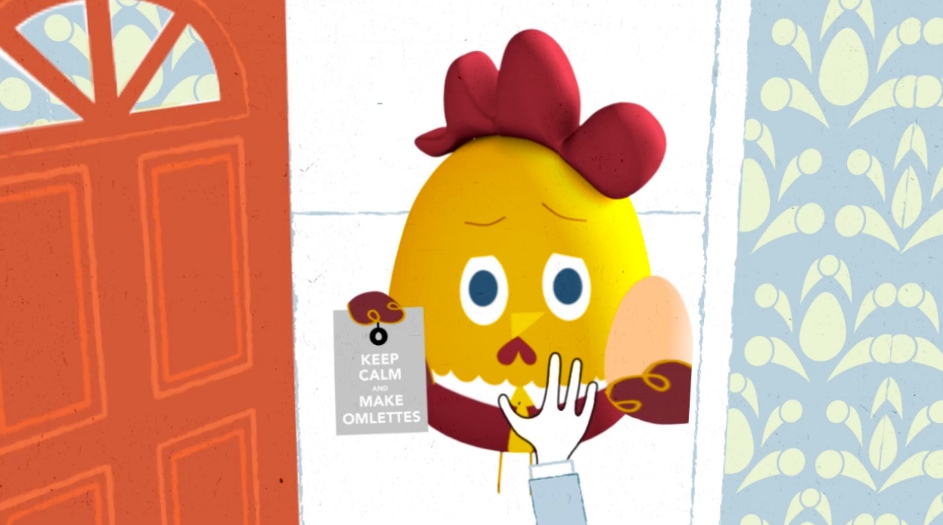 For countless years man has been plagued by that most challenging of questions, Why Did The Chicken Cross The Road? And now finally director Daniel Binns and Wonky Films have not only come up with the answer, but have also shared their enlightening solution in charming animated form, in which we follow Mr. Chicken from troubled childhood to that famous life defining moment. Wonky Film’s Research & Interactive developer Jake Hobbs gives DN the low down on the film and its accompanying mobile app.

The idea for the short film came from Wonky’s desire to tell stories about famous jokes. With this in mind it was decided, why not tackle the greatest joke of them all? Told in many forms over the years Wonky sought to answer the real reason why the chicken crossed the road, and director Daniel Binns came up with a tale that delves deeper than one might initially think. For the film Wonky teamed up with illustration duo Peskimo, who created a host of character and asset designs for the short film. Utilising these 2D designs from Peskimo director Binn’s felt they would work well with a combined 3D look that was created in Maya.

The short film which was created in Wonky’s downtime between commercial projects and was produced on and off for 6 months and completed in the summer of 2012. Since then the film has visited various film festivals and has now been released online for all to enjoy.

As part of the release of the short film, Wonky Films also released an iOS app for the short film. Originally released when the film went on its festival run, the app has now had a complete redesign to coincide with the film’s online release. The app features the short film as well as behind the scenes production material (script, storyboards, animatic) and a bunch of mini-games featuring the little chicken character.

At Wonky we are looking at the new ways we can deliver our animated content across digital platforms. On mobile and tablet devices there are exciting opportunities to reach new audiences and showcase our work in new ways, and we are looking to utilise our film content in order to explore these opportunities.

Developed with the intention of extending the life of the short film and reach new audiences across multiple platforms, the app was developed in house over an 8 week development period and utilised existing assets from the short film’s production. While currently only on iOS devices the app was developed in Adobe Flash, thus making it possible for a future Android release.