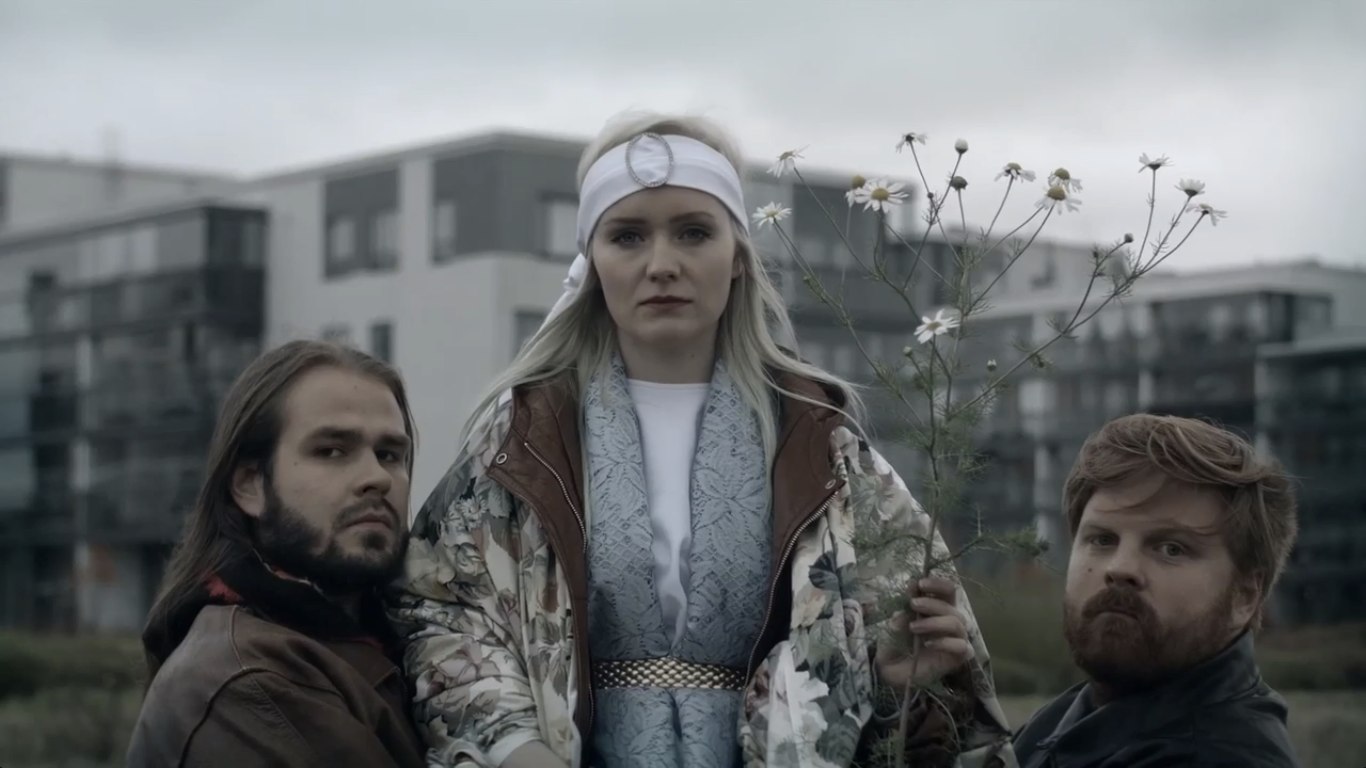 We’ve been keeping a keen eye on the music video work of Finnish director Teemu Niukkanen for some time here at DN, suckers that we are for his askew narratives of oddness. So when we saw that he was back once again with a mind boggling tale of sex change through pagan ritual, we decided that it was time to stop guessing and ask the man himself what the hell was going on in his George As a Boy promo for Helsinki group The Hearing.

This is my fourth video for a Gaea Records artist. The previous ones are for IWATSW and French Films. It seems like Gaeas publishes the most interesting stuff in Finland so I’m glad to help them even if the budgets are minimal. Naturally when there’s no money involved there’s more artistic freedom – especially storywise.

The basic theme or idea in George as a Boy is one’s identity and how others try to change you to become something they’d like more. I decided to visualize this idea with pseudo-shamanistic imagery and quite stupid rites of passages where two men intend to turn a woman into a man. Simple as that! We shot in Vantaa, Finland. Vantaa is a city near Helsinki but basically it’s just a huge suburbia with no identity or persona (or people during daytime) so it fit perfectly to the theme as well, heh.

We used a Blackmagic cinema camera and some old and cheap lenses which gave the video a nice blurry look to its frame edges. The whole video was shot during one day with a minimal crew of DoP Matti Eerikäinen, me and the cast.