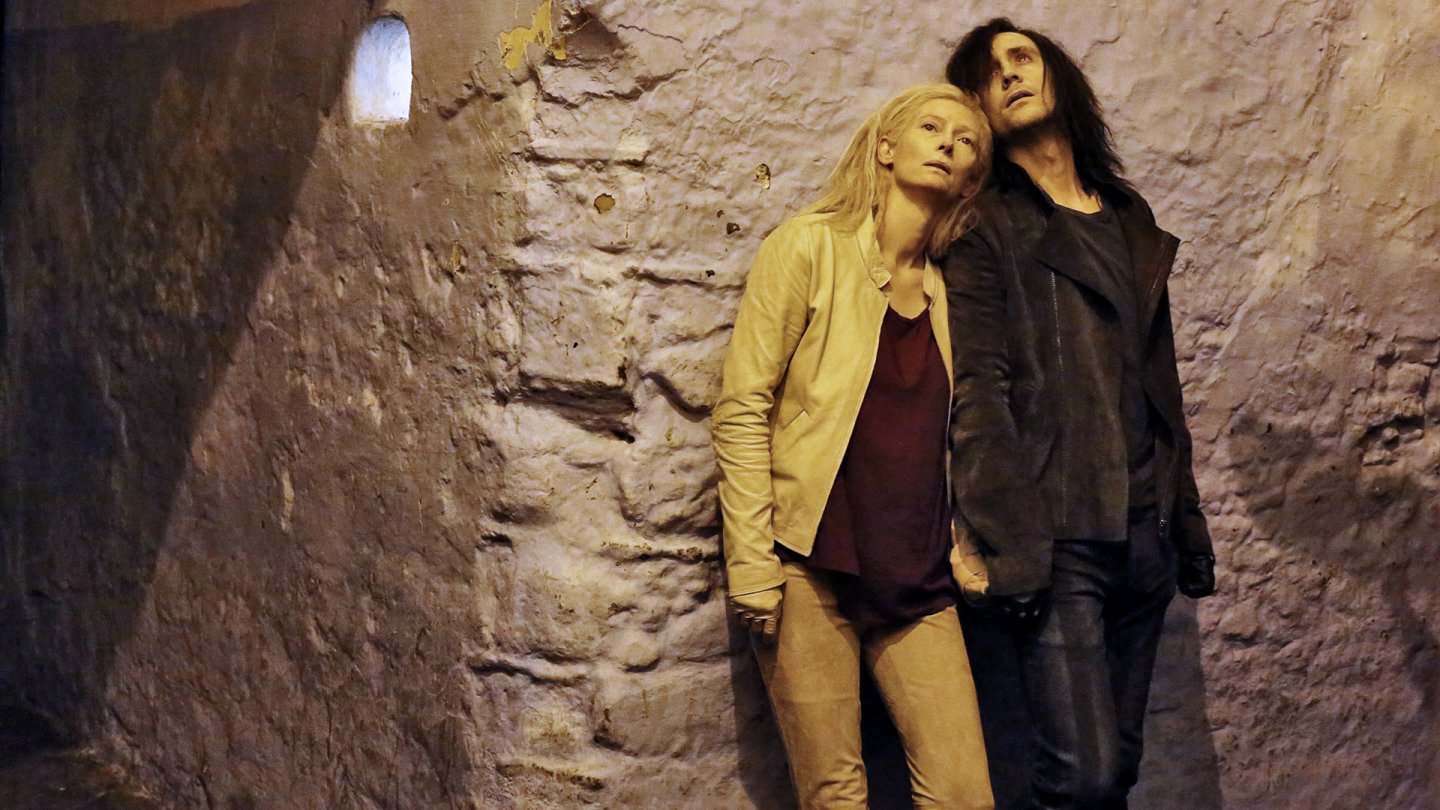 When I was younger I always feared death and wanted to live forever. As I’ve gotten older that sentiment has definitely changed. There have been times when watching TV that I’ve remarked to Mr Subs, “If I ever end up like that* take me out back and shoot me in the head please”. Imagine then, if I ended up living for centuries, having to disguise my true self from only those the same as me. Vampires.

Jim Jarmusch’s new film Only Lovers Left Alive is kind of based on that premise. I say ‘kind of’ because it’s a film that isn’t necessarily about anything tangible outside of a snapshot of a minute piece of time in the lives of those who have lived for aeons.

Tom Hiddleston plays Adam. A semi-suicidal vampire living in a derelict house in Detroit. Throughout the generations he has penned some of the greatest music you’ll have definitely heard. However, he can not put his name to it because if he did the jig would be up. Instead he gives it away to various composers who are, mostly, of great historical significance.

Adam is fed up with modern society only taking joy from paying a ‘zombie’, Ian (Anton Yelchin), to acquire vintage guitars so that he can continue to compose. Ian is safe from Adam’s blood lust as a bent doctor provides hospital blood to stave off thirst.

Eve is his wife, played by Tilda Swinton. She lives in Tangier along with Christopher Marlowe (John Hurt). Unlike Adam and Marlowe it doesn’t seem that Eve has produced anything of historical significance. Sensing her husband’s malaise she travels to Detroit to cheer him up. Soon after her arrival her sister, Eva (Mia Wasikowska) arrives. Given the way she’s discussed it’s evident she is trouble before she arrives.

Like most Jarmusch films not a great deal of significance happens. Adam and Eve drive around at night until Eva’s arrival when they branch out into clubbing. However, I was captivated from start to finish. Tilda Swinton is always enthralling to me for a plethora of reasons. Firstly she does manage to look ethereal but that is not a surprise. She also manages to make Eve a playful alternative to Adam’s despair. Meanwhile Hiddleston manages to match Swinton and is fast becoming a must see actor for me. He too inhabits a body that could be otherworldly.

What propels the film, if you can use the word ‘propel’ in relation to this, is the script. It’s sparky and full of pop culture references across the ages. I thought it was cleverly written and was throughly engaging. It’s unfortunate that Hurt and Wasikowska are not in it as much as I would have liked but the film isn’t lacking for it.