If you took a minute to strip humans right back to their essentials, what are we as a species aside from interacting memory machines? Take away a person’s memories and their life, and those all important relationships which fill it fall away to nothing. And the scary thing is, as memory machines we’re not all that reliable. In his portfolio short Glimpse, Ed Lawes of Birmingham’s 144 Picture, Sound & Music envisions memory as processed by a flawed machine and in so doing investigates the wider concept of the nature of the memory we largely take for granted. We invited Ed to share how he devised an aesthetic which would embrace the imperfections of his handheld footage, snatched whilst holidaying in Spain.

An alternative title for Glimpse could be something like A Photographic Mechanism. Ideally this mechanism would be automatic; a camera that records moving images and sounds then edits them as per the instructions of the user/s. My interest in such a machine is primarily to explore the concept of memory (both consciously directed and unconsciously in dreams). Is memory a linear, continuous experience? Or is it fragmentary, disordered, emotional and intuitive? Unfortunately this machine doesn’t exist, yet – I’m working on something similar with my business/creative partner Alan Dolhasz at our production company 144 Picture, Sound & Music where I made this film as a portfolio project. In the meantime creating this aesthetic remains a manual, and time consuming process. There are probably an infinite number of variations on this theme and we’ve explored them before in other work.

In Glimpse the concept was shaped or modulated by various practical limitations. I went to Barcelona and Montserrat with my girlfriend on holiday, it wasn’t a filming trip replete with a crew and time to carefully set up shots and choose locations, etc. I needed to fit the filming around the usual things people do on holiday, consequently I hardly made use of a tripod and shot the vast majority of the film over six days on the Blackmagic Pocket Cinema Camera, handheld with no stabiliser or rig. Even if I had more time to devote to filming I only had enough space in my hand luggage for a small camera, a few lenses and a light photo tripod. Unfortunately as I had no room for any sound equipment, I decided this would have to be done in post. 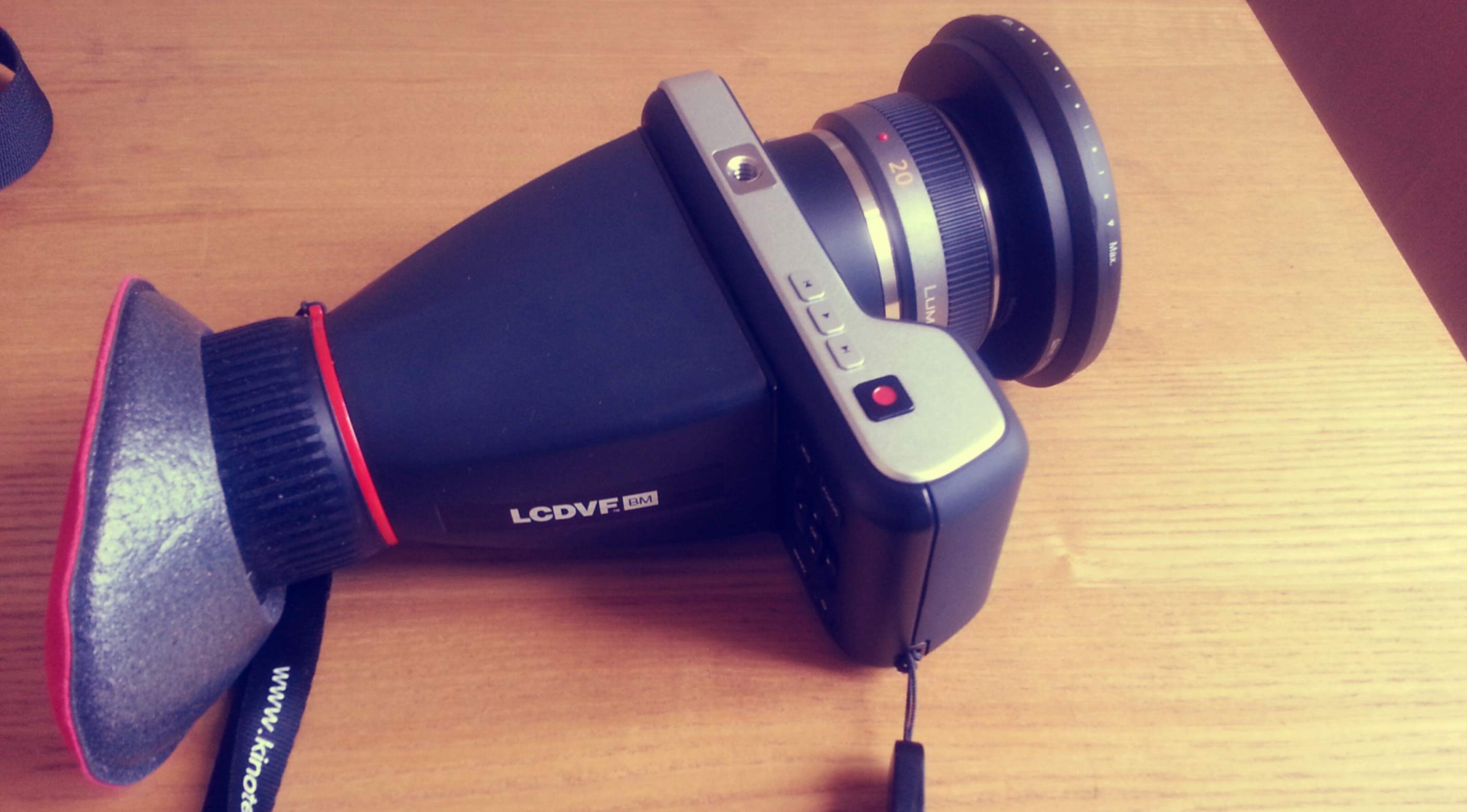 My approach was to try and behave more like a street photographer, grabbing shots whenever I saw anything interesting and occasionally using a tripod and long lens when the opportunity arose. Considering these limitations before filming began, the difficult bit was working out how to make something worthwhile from this sort of footage. I knew from previous experience that I needed a plan or a set of rules before deciding what equipment to take and how to approach the subject matter. As the filming would be rough, and the results far from ideal in terms of composition, shot steadiness, exposure and focus, etc. I knew I had to justify these imperfections within the work somehow. In other words, photographic flaws would be unavoidable and couldn’t function as ‘mistakes’ – they needed to be embraced.

Consequently the approach to the subject of memory and mechanisms would have to be one where the camera and editing process were visible and subjective. This machine has, perhaps, gone slightly awry (I say perhaps as one could consider all machines imperfect. Ligeti was an influence here, specifically Clocks and Clouds). In this context any image, no matter how visually distressed or imperfect, would become valid. Conventionally beautiful photography could sit alongside the ugly, or technically substandard.

Editorially I wanted to put the most emphasis on shots with interesting content and/or those which provide some thematic contrast (city vs country, rich vs poor, local vs tourist, static vs moving, wide vs close, sacred vs secular, printing/signage vs graffiti, loud vs quiet, organic vs synthetic, and so on). That was more important than whether a shot was ‘beautiful’, or technically ‘right’. This editorial process would, in my mind at least, mimic that of memory and dreams; contextual alteration, emotional subtext, chronological disorder, and an emphasis on meaningful moments or glimpses – meaning in this context being ambiguous and subjective, I didn’t want to direct the viewer too firmly towards a specific interpretation.

Post-production took about one and half months, the sound probably taking up a majority of that. Coming from more of a sound and music background, to me this aspect is of equal importance to the imagery. Even though I couldn’t take any sound recording equipment with me, I wanted natural sound to form an important part of the film. I wanted to put the viewer ‘there’ as much as possible. The sound mixing was fairly involved; I had to mix camera sound (which wasn’t great in terms of sound quality), sound recorded in Birmingham, and Freesound recordings of Barcelona. These sounds were layered on top of one another, eq’d and stereo panned/placed to match the camera perspective. I find this process quite enjoyable, less enjoyable is the manual labour involved in chopping the sounds into small pieces and moving them into place to match the visual glitches and flash frames. I think I was averaging about a minute of screen time a day getting all of that right (or as right as I could get it).

As well as deliberately distressing the audio at times, I added some quiet drones throughout the film. This music helps maintain a consistency, a unity within the diversity, and adds some sonic richness or complexity which in part makes up for some of the poorer recordings. I chose a simple sine-tone sound and stacked harmonies in perfect 5ths, occasionally inverting them into 4ths and moving individual pitches around for the sake of variety. Harmonies of this type are generally perceived as ‘neutral’ – emotionally manipulating the viewer through the use of music wasn’t something I wanted to do here.

Making something like this is time consuming. You’re editing on a frame-by-frame basis and the sound is even more finely edited in terms of resolution, with many sounds having to be much shorter than one frame. I also spent a fair bit of time gazing out of the window, reading, or walking etc. Anything to give myself a break and allow ideas to settle into some usable form. Even though I had a clear idea of what I wanted before I started filming there are always lots of decisions that have to be made during post-production based on what you managed to capture on location. Music or no music? How long should the film be? How far should I push the glitch/mechanical aspect? What exactly am I trying to say? How much colour should I use in the film and what sort of colour? If music then what sort? Titles/credits or not? Etc, etc.

Some decisions are purely about workflow, for instance should I colour grade and stablise (if necessary) the footage before I edit it? In the end I did a lot of colour grading tests and uploaded them to Vimeo to look at them on different monitors, phones, TVs, etc. then once I had a ‘look’ I edited the ungraded footage in Premiere then brought the edit into Resolve as an EDL and applied that look, adjusting each shot where necessary. I’m sure anyone who’s ever made anything they care about and where there isn’t a clear precedent or model to follow would recognise this process. It’s quite obsessive and you’re basically working nearly all the time, even when you’re asleep, or doing the washing up. There’s no right and wrong, no ‘ideal’, you’re just working by feel and intuition. Slowly through trial and error things come into focus or fall into place – or you give up on it, throw it away and start something new.