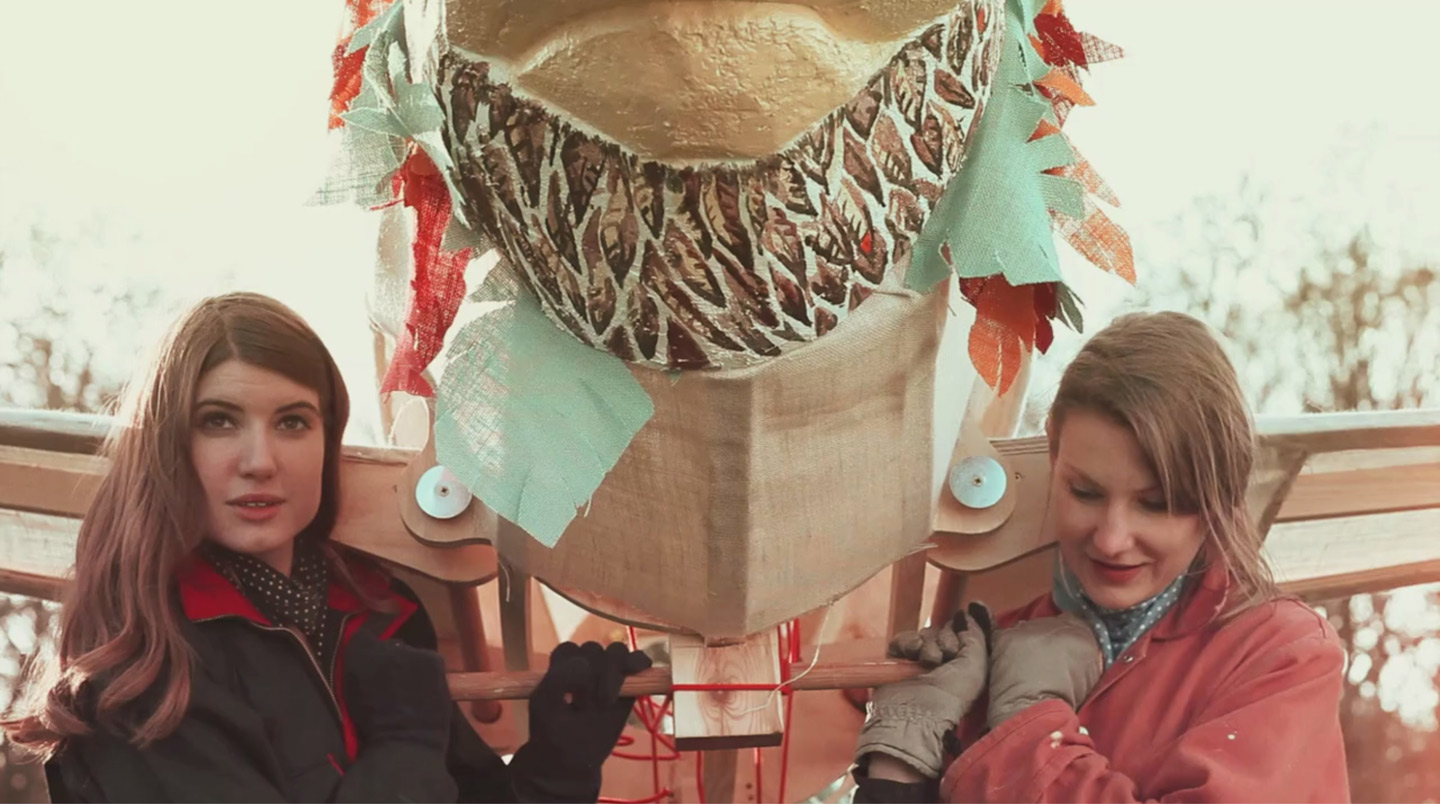 The challenge of meeting a tight deadline on an often tighter budget is a working fact many of today’s music video directors manage to excel at time after time, but quite often, where you’ll find their most affecting work is in films which are a continuation of the creative relationship they’ve built up with a musical artist over several projects. So is the case with Jonathan Pound’s second promo for British blues and folk duo Smoke Fairies, We’ve Seen Birds, for which they asked the director to create a narrative celebration of their lifelong friendship. Jonathan tells us how it all came together.

I had worked with Jessica and Katherine on their previous video Eclipse Them All and I was quite surprised that they asked to work with me on their next video. They had an idea that they wanted to develop. They wanted to build a bird together and then launch it from the top of a hill: it was to be a celebration of their friendship as they had know each other since they were 11. Essentially it was to be a collaboration, which suited the project as there was a very small budget.

The story pretty much wrote itself – it would just need to look charming and warm, which was particularly challenging as would spend 3 days outside in February. I had these silly ideas of sunlight streaming through windows and the warm glow of the sun shimmering through trees. Unfortunately the weather was hail, wind, thunderstorms and rain. With occasional sun.

Despite the limited budget and inclement weather everyone was really enthusiastic about the project. The girls found a carpenter – Tim Sherward – who was up for making the bird and my DOP, John Short from the previous project was up for 3 days filming. We even managed to get an assistant, Ollie Jarman. These three were brilliant throughout the shoot.

Despite my limited drawing skills I produced a storyboard and animatic. Essentially we had 3 days in which to shoot around 100 shots, half of which didn’t make the final edit. Meanwhile, Tim and the girls were constructing the bird. It was looking great. We had to make it at least 3m long otherwise it would have looked daft. But this meant that it was incredibly heavy. When we moved it around on location it would typically take 4 people. But the girls were expected to carry the thing up a steep hill and then launch it over their heads. Despite this they were pretty chirpy throughout their ordeal.

We shot on a 5DMk2 and rented some big glass and 2K lights for the barn shots. All of the interior shots are locked off on tripods, whereas the majority of the external shots are handheld, which gave it a looseness for the latter part of the song – a little more excitement, if you like!