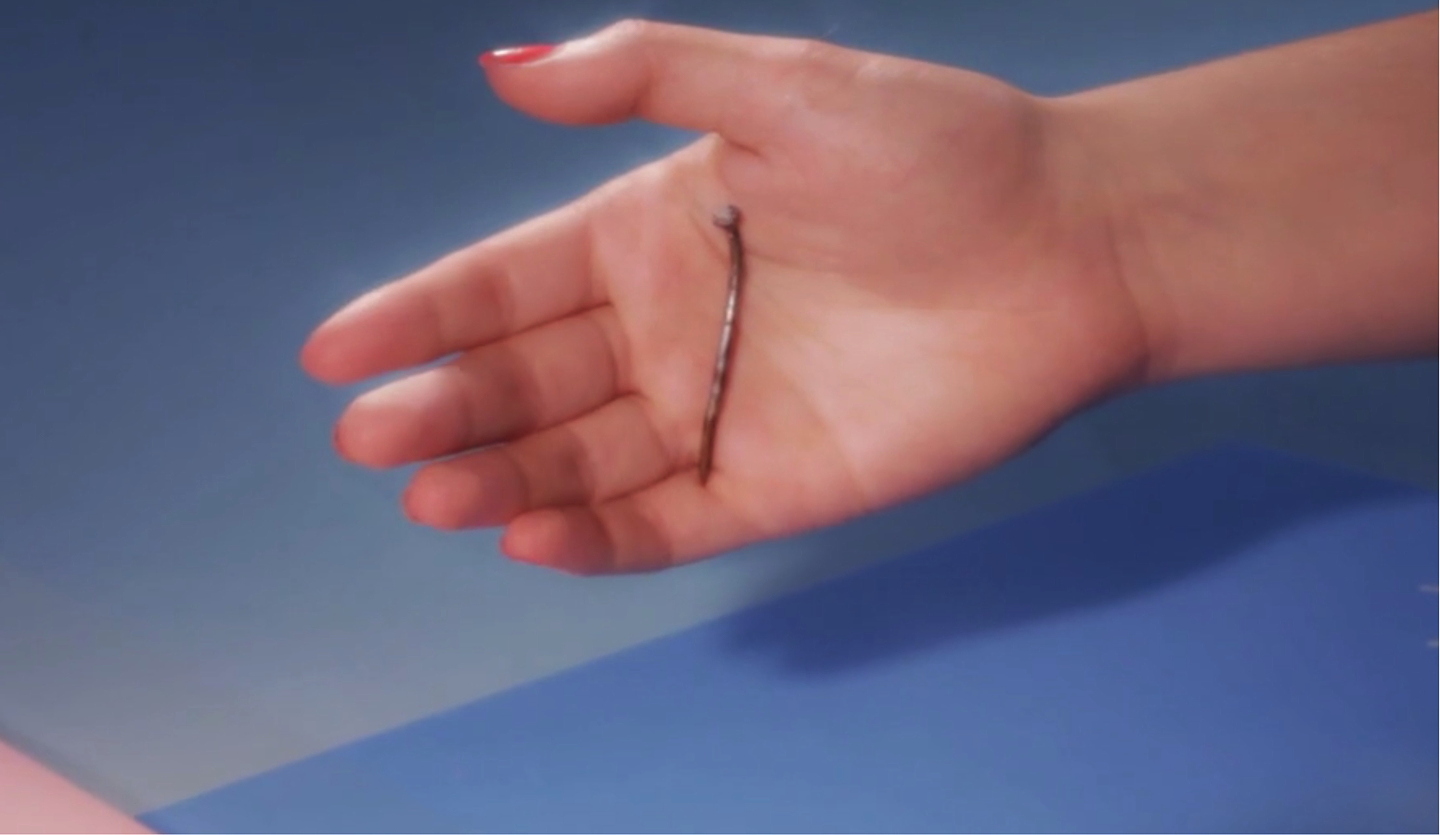 Philosophers have long grappled with the slippery concepts of subjectivity and perception of the world around us. Day to day we may have implicitly agreed to work within a collective ‘truth’ about the existence of the world and everything in it but there’s really no way to know that my experience of an objective reality is the same as yours? In his experimental short A Subjective Story of an Object Alessandro Bertelle explores how we perceive objects in a reality in which our faulty senses prevent us from perceiving the true essence of everything…or perhaps that’s just my interpretation and you’ll see something completely different when you watch it? We asked Bertelle to escort us through his version of reality.

The whole idea of the video came from a challenge that my good friend Ries Straver proposed to me while a was attending my trial at Fabrica: “Shoot a film about an object that you find here at Fabrica, you have two weeks, you can tell any story you want.” I loved it immediately. I started looking for something interesting, but the problem was that every object I was surrounded by in that place was beautifully designed and crafted, and I always had a crush for the ugly, the misfit, the deranged. So I thought: “I will find the most useless and forgotten object, the one that cannot help me with his aesthetic and I will write a story about it.” Fuck aesthetic, long live Idea!

I found this bended, rusty and lonely nail on the floor, and decided to use it as my main character. I then started writing a story, trying to speak about THE object rather than AN object, when I bumped into this quote from one of my favorite books, The Doors of Perception: ‘A rose is a rose is a rose. But these chair legs were chair legs were St. Michael and all angels’. “What if I explain how we perceive an object, telling the story of an object, that is actually another object, because without the subjectivity, every object would look the same?”, I thought. It was not really making any sense, but in my head it was more than clear. Ries was popping in from time to time asking me how I was going with my project; I had no idea how to explain the concept to him. I showed him these references, and fortunately he trusted me.

I was basically asking myself questions about this topic, answering them and writing them down. After one and a half weeks of writing the script it was time for me to shoot. I didn’t have any money to spend on this project so I worked with found material. The first day of shooting I thought: “Yeah I’ll go in the photo studio, place the nail on colored paper, use my hand to have a little bit of contrast. Everything is gonna be fine.” Ten minutes later I was looking in the camera (a Canon 550D with a 50mm Contax lens that I found for 25 euros) and thinking, “This nail and this paper looks like shit. I am fucked.” I went home depressed without any footage…

The next day I started looking around for some material, I found: one strangely shaped stone, one broken mirror, one broken turntable, two shiny pieces of wood and the hand of a girl I met while I was biking. The incredible thing was that the girl had matching colors of nail polish with the pieces of wood and the paper! So I shot for more than twelve hours trying to figure out what was working and what wasn’t, experimenting with composition and the slit-scan technique that I ended up using in the final part of the video. Then I spent another three days (sleeping one or two hours per night) for the editing and the post production.

So yeah, that is more or less the story behind A Subjective Story of an Object. My mom asked me what I was trying to say with this video, well I don’t know? I tried to share with other people what I learnt thinking about what an object really is, and how do we relate to the reality that surround us. I imagined this other reality where you can perceive the true essence of everything, without being overwhelmed by your faulty senses.