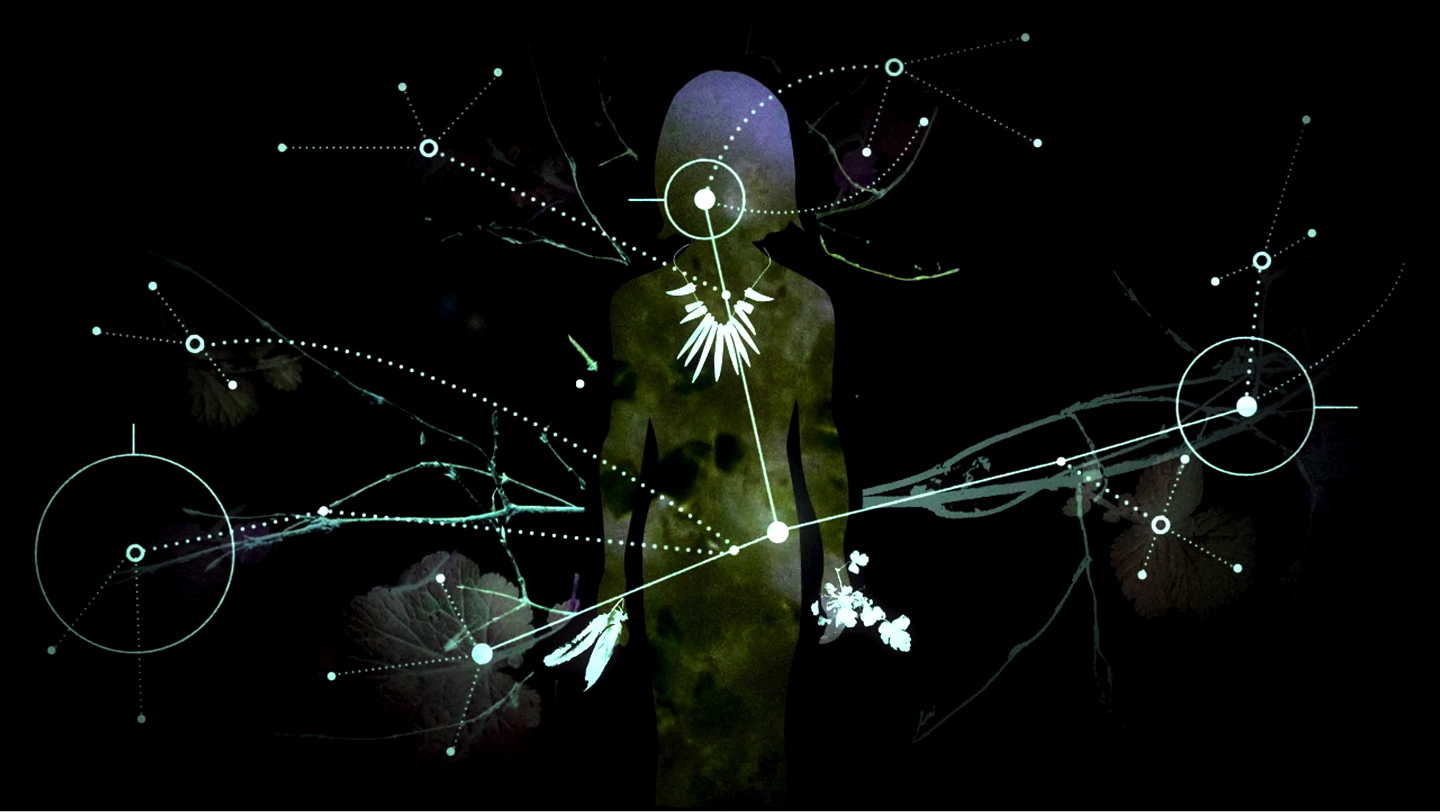 Building on his initial career as a composer, multimedia artist Marcus Fjellström has over the years developed an impressive body of visuals to accompany the musical work he produces. Whilst Fjellström’s audiovisual work has solely been created for his personal projects, Berlin’s Miss Kenichi was able to seduce him into creating the alluring visuals which accompany her haunting melody Who Are You. We invited Fjellström to connect the dots for us on his hypnotic music video.

I got into animation and video from a peculiar angle; I actually work as a composer, with a background in contemporary classical music and experimental electronic music, however I’ve always had a desire to work with the visual dimension and some eight years back I slowly started experimenting with putting visuals to my music. Nowadays most of my work is completely audiovisual, often merging live classical instrumentalists with electronic music and video art.

This is the first time I’m putting visuals to someone else’s music. Miss Kenichi AKA Katrin Hahner caught one of my audiovisual concerts in Berlin last year, and a bit later she asked me if I would consider making a music video for one of her songs. I wasn’t sure about it at first, since I’d never done visuals for someone else before, let alone for a song in the conventional sense, but upon hearing the beautiful song Who Are You I immediately started getting images in my head, which prompted me to go ahead and do it. I’m glad I did!

Upon repeated listenings I slowly built up a ‘visual counterpoint’ to the song in my head. The “cursor dot pulse” was one of the first elements that sprung to mind and I wanted to use it consistently as a running theme throughout the song. Other elements were inspired both by the lyrics and by discussions with Katrin, who is an accomplished visual artist in her own right and has very specific artistic ideas and concepts. I even photographed a lot of objects, drawings, and sculptures from her art studio and incorporated them into the animation, so a lot of symbols, concepts and themes from her own art is indeed part of the video.

When it comes to the technical side of video/animation/post-production I’m completely self-taught and probably use quite unconventional methods. Sony Vegas for Windows is the only software I ever learned, I never got into After Effects and the likes. I’m designing the individual elements in Photoshop and then animate and process it all in Vegas.

So basically it’s a large collection of still images, photographed, hand-drawn and digitally designed, animated through masks, movements and layering in Vegas. The only ‘traditionally animated’ part is the running girl towards the end, and even that is only six or so repeated frames. There’s also some filmed video material in there — my attempt at making a ‘particles in microscope’ effect (during the chorus parts of the song) is me filming grains in a bowl of water, while dropping drops of food colouring into it, then inverting the footage in the computer. The final stage of post-production is always very important for me and I spent a lot of time with color correction, light fluctuations, subtle dust overlays, etc. to give it a warm 70s kind of feel.

All in all I spent three and a half weeks working on the video, not including the time I spent before the actual work commenced, casually listening, brainstorming and mapping out the ideas for the video. It was intense and hard work but I’m very happy with the results and I’m even happier that Miss Kenichi herself is over the moon about the video!