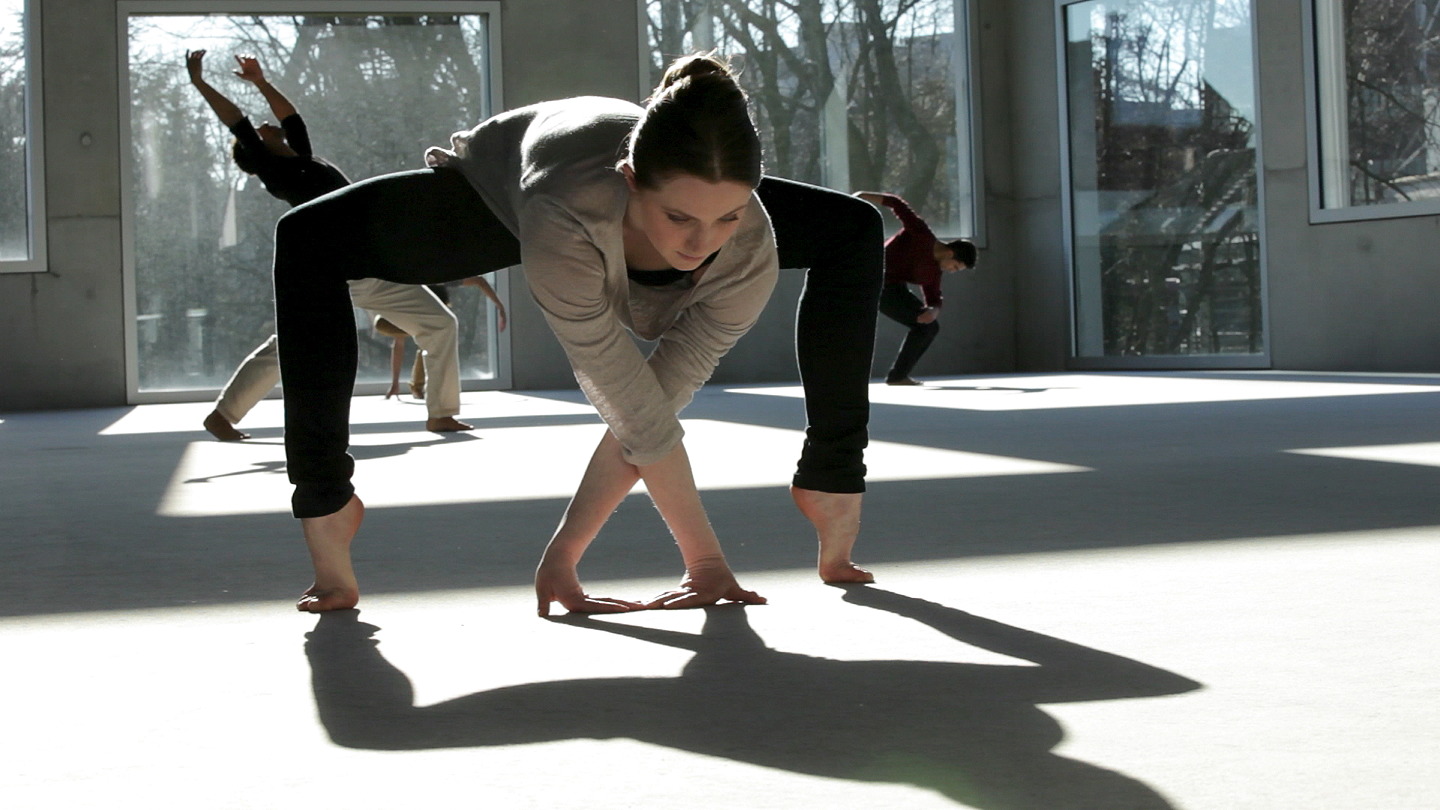 There’s a large amount of joy to be derived from watching a group of highly skilled dancers flow from individual expression to choreographed synchronicity and back again, and often simply capturing those graceful movements on camera in an unimpeded style makes for sufficient viewing. However, a filmmaker willing to make a concerted effort to elevate the ‘film’ portion of the’ dance film’ by injecting some artistry into proceedings can truly create something beautiful. The latter is exactly how director Simon Baucks approached his passion project Inmotion, in which the marriage of dancers, framing, location, lighting, editing and music, coalesce to elevate the whole to an enthralling motion artwork. Baucks tells us how his vision and the goodwill of his collaborators enabled him to supersede his limitations.

When I had just moved from Berlin to North Rhine-Westphalia, I felt a strong urge to make something, which was in a way explorative and contemporary, but at the same time accessible regardless of ones affinity, indifference or aversion towards art. There was no budget, plus my contacts and resources in this area were very limited, so I assessed what was possible within these limitations: Lea Benecke is connected to a lot of excellent dancers (and a great dancer herself) and Adrian Bedoy is connected to a lot of great camera related freelancers; I knew both of them from previous projects. Without these two people Inmotion would have never been possible, since I did not know anybody else related to the project before we started shooting. I myself was working as a filmmaker, but before that I had been working as a musician. I was driven to find out, whether my interdisciplinary background would allow me to intertwine the creative processes of artists from different disciplines and dance seemed to be the perfect link between music and motion picture. From this perspective making something like Inmotion seems natural to me.

I felt a strong urge to make something, which was in a way explorative and contemporary, but at the same time accessible regardless of ones affinity, indifference or aversion towards art.

While assembling crew and cast I asked everybody about their stylistic preferences, in order to be able to combine their strengths in the best way possible. Shortly after assembling crew and cast I found the SANAA-building in Essen to be the perfect place to shoot in and began contacting a lot of people in order to be allowed to shoot there for free, which worked out fortunately. The possibility of working with such an excellent and diverse group of artists in such an amazing place was very inspiring, my head was buzzing from visions and the hardest part about it was selecting the right ones for the video.

We shot Inmotion using the Canon 5D MarkII and 5D MarkIII in about 12 hours. I gave every dancer a spot for shooting completely improvised solo parts, which I influenced very little. While shooting the solo improvisations the other dancers were choreographing small parts of the video following directions given by me. After shooting the rapidly prepared choreographies, we started shooting group improvisations which I guided in a very impulsive way, choosing directions from the visions that had been almost haunting me during preproduction. All in all the shooting was a very exciting process, rich in variety and reciprocal inspiration between the dancers, the camera operators and me.

In post production the first thing I did was edit a selection of scenes, already using a lot of invisible split screens and slowmos. Since there was no time pressure at all, I allowed myself to only work on Inmotion when I felt inspired to do so, straining the patience of crew and cast to their limits. I was planning on using the result to persuade excellent composers into working with me. Misagh Azimi was quickly inspired to composing great music for us and his music was in return very inspiring to me. Reaching the final result, Inmotion, was a very close, very organic, cooperative process of influencing each other’s work between Misagh and me, periodically enjoying feedback from most of the other artists related to the project.

The post production took one year. When after a year of waiting we finally showed Inmotion to a small audience at our premiere, we were showered with positive feedback. The video was also seen roughly 3000 times a day for the first three days on Vimeo. Both felt very rewarding to all of us. We are currently submitting the video to a lot of festivals, blogs and websites, hoping to delight our audience, to find opportunities or funding to continue our work and maybe even win a prize at some point.