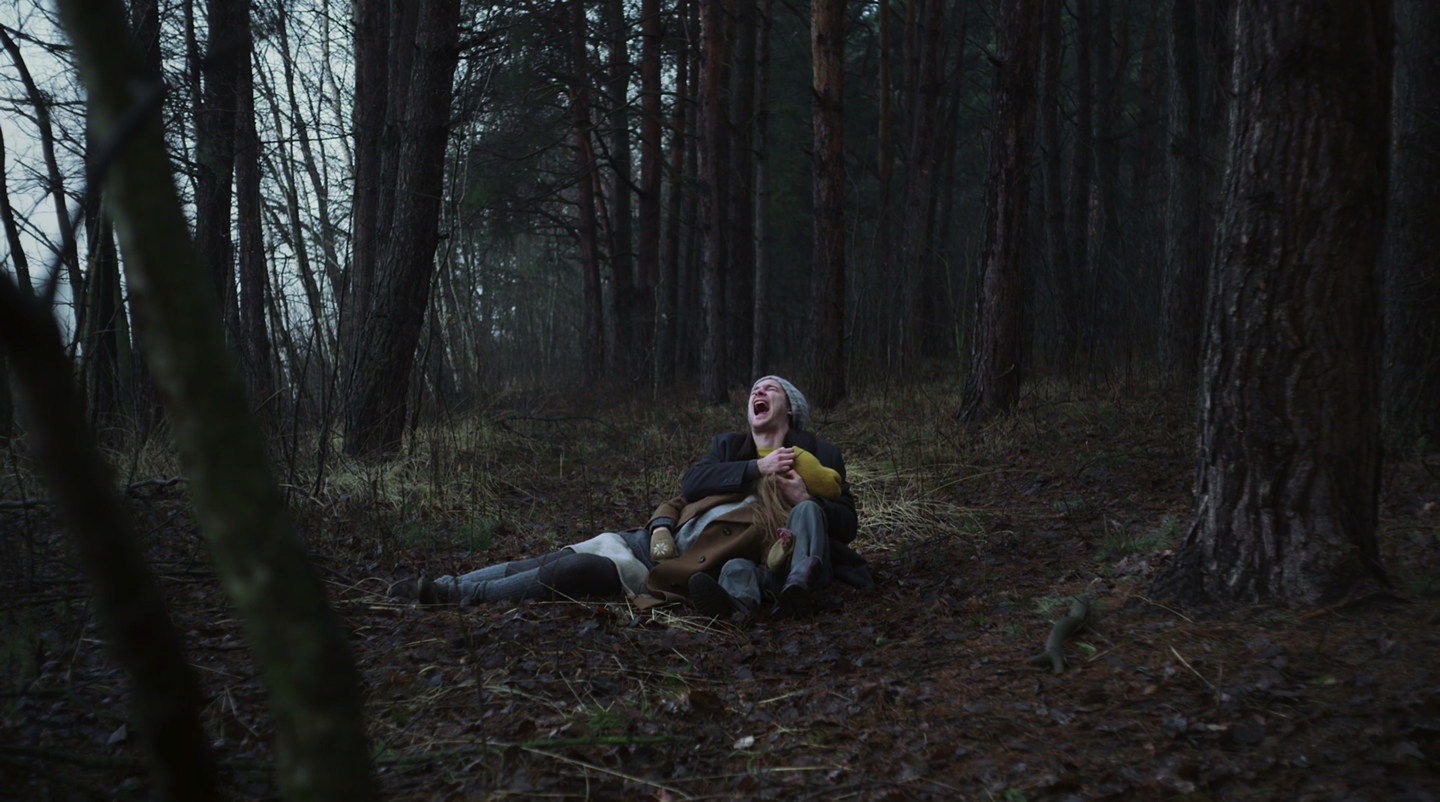 From playful optical puzzles in the woods to impressionistic journeys into the unknown self, Polish director Człowiek Kamera’s self-propelled body of work has always provided rich returns for both the mind and the eyes. So it’s indeed a pleasure to see him deliver on that two-fold in the heartfelt narrative music video for No More Losing the War, which sees him reunite with Montreal’s Half Moon Run. We dig into Człowiek Kamera’s self-taught filmmaker roots and discover the question every director should answer before stepping behind the camera.

I’ve just realised that we’ve never asked you how you got into filmmaking as such a self-contained creative unit?

It depended mainly on self-discipline. In fact, my way of creating hasn’t changed so much, if compared to a few years ago. At this moment I’ve got a few skilful people, who help me produce films. It all goes in a natural way. From the very beginning of my fascination with the picture I’ve been learning newer and newer things. As a self-teaching person I had to get to know editing, shooting and post production processes all by myself and practice them one by one. I can’t imagine a director who doesn’t know technical properties and restrictions of film tools. Right now I’m successfully removing editing and post production from the spectrum of my actions. It’s time to trust others with these.

How did you convey the multiple perspectives/alternative narratives of No More Losing the War in the pitch or did those elements and the split-screen visual develop later in the production?

The band suggested using split-screen, I did the rest. Working on this idea could be compared to collecting scenes which have been coming to my mind from time to time. I tried to show the ideas of split-screen as interesting as they could be, successfully removing too sophisticated connections between shots. On the conceptional level it was a big mishmash but during the production I gave up lots of connections. The idea was too rigid while the reality appeared to be more soft and flexible. We needed a breath for the material we had recorded. The material itself has been my biggest collection of different shots and possible links between them so far.

No More Losing the War begins with these impossible acts then transitions into this moving story of lose and pain. How would you say those opening images inform the narrative that follows?

What connects the initial mini-scenes and the following parts of the story is the pigeon-fancier. Both pigeons and the objects that go up in the air have transgressive function for both of the male characters. Of course it’s not clear if the young man had had his powers before the accident. If he had always had the ability of telekinesis, maybe it was his power that somehow caused the accident? It is also possible that those powers are the consequence of the car crash. It was my goal to leave it open to the viewers’ interpretation.

Your DOP Michał Pukowiec shot the film on a combination of the RED Epic and Scarlet with Zeiss SuperSpeed mk1. What considerations brought you to select that package?

The budget we had didn’t let us rent Arri Alexa, but allowed us to use something better than those DSLR inventions. The material recorded with RED cameras is very difficult to grade. It takes a lot of effort to achieve a real natural tone of colours, which would be free from red artifacts.

Filming was restricted to “after the sunset, before sunrise and in cloudy hours”, what was it about that quality of light that felt so intrinsic to this story?

Weather didn’t always favour us, but most of the time it was cloudy. This story and this song definitely needed that kind of atmosphere without too much sunlight. We managed to record the moment of transition – the winter was coming to an end and the real spring was just about to come. Fortunately, the unmelted snow appeared here and there. Despite the fact that the video clip focuses basically on the accident, a sudden and a tragic moment, the whole story is about a moment of decision, a state of making a transition. Times of the day and seasons of the year are the discrete emphasis of this.

When we spoke about the Śnienie video you mentioned the difficulty you had approaching the film from a purely analytical perspective. Is that something your editor Natalia Olszańska could assist with this time?

I edited Śnienie all by myself, of course consulting it with other authors of this project. Natalia is an equal partner in editing. Our work consisted in conversation and building the narrative based mainly on emotional states of the characters. We removed a lot of scenes which may be called “effect shots” from this story. We agreed that these sequences which could interest the viewer only because of their form or visual attractiveness are overvalued and childish. We dug deeper and we managed to create a story which was a little changed, but emotionally better suited the music of the band. I started to notice some relationships of which I was not aware while shooting the video nor writing the script. It was the biggest surprise and I would describe the whole cooperation with two words: “determination” and “decisiveness”.

Everyone should answer one question at the very beginning of their artistic work: what do they do it for? For themselves, for other people or for art?

Looking back over the diverse work we’ve posted from you, they’re all united by the unique visual language you employ. Now that you increasingly collaborate with a crew how do you maintain that voice within your work?

When it comes to visual side of my films, I’m sure that I still realize the same big work. I try not to analyse it; my style forms naturally and becomes visible just because of my physical presence in the whole production process. This is my world, to which I invite my potential viewer. I try not to do anything against myself because I know that it would only cause the absence of my mind in the long run. I see disadvantages of being stuck in roles dictated by the western system of the film production. On the other hand, sometimes it comes to the situation when people want to help so bad that they go beyond their competences. But it is the person initiating the project who is the author of it and the full responsibility for the result of the production lies on him. Everyone should answer one question at the very beginning of their artistic work: what do they do it for? For themselves, for other people or for art?

Can you share what we’ll get to see from you next?

Right now I try to work commercially, mainly to gain enough money so that I could soon produce my own films. I have been working on scripts and I try to read a lot.