Child sex abuse is clearly one of the most difficult and yet important subjects that a filmmaker can tackle onscreen. Striking a balance between creating a film with an appropriate amount of gravitas yet that doesn’t send your audience away in disgust before your character’s story can be fully told is a challenge not to be undertaken lightly. In her graduation short Wings, Israeli director Keren Rijensky cleverly interposes the insidious phrases commonly used by abusers to coerce their victims and in so doing illuminates not only the physical but also the far reaching emotional damage of such relationships. We asked Rijensky to share her inspiration for the film and to tell us how she successfully approached such emotive subject matter.

Wings was made as my graduate film in the department of visual communications, at The Neri Bloomfieled School of Design, Israel. The project is about a girl going through a sexual assault in her room, the attacker is represented as typography and the girl tries to escape the experience using her imagination. This is phenomenon called dissociation, an experience of having one’s attention and emotions detached from the environment.

My inspiration for this animation was Project Unbreakable, an online photography project I came across made by 19 year old Grace Brown. She photographed victims of sexual abuse holding up signs showing the words used by their abuser. After going over these images I found that many of the words were repeated with different victims and so I used these common sentences as the representation of the abusing entity in my animation (there is no visual representation of the abuser in the animation except for the typography). 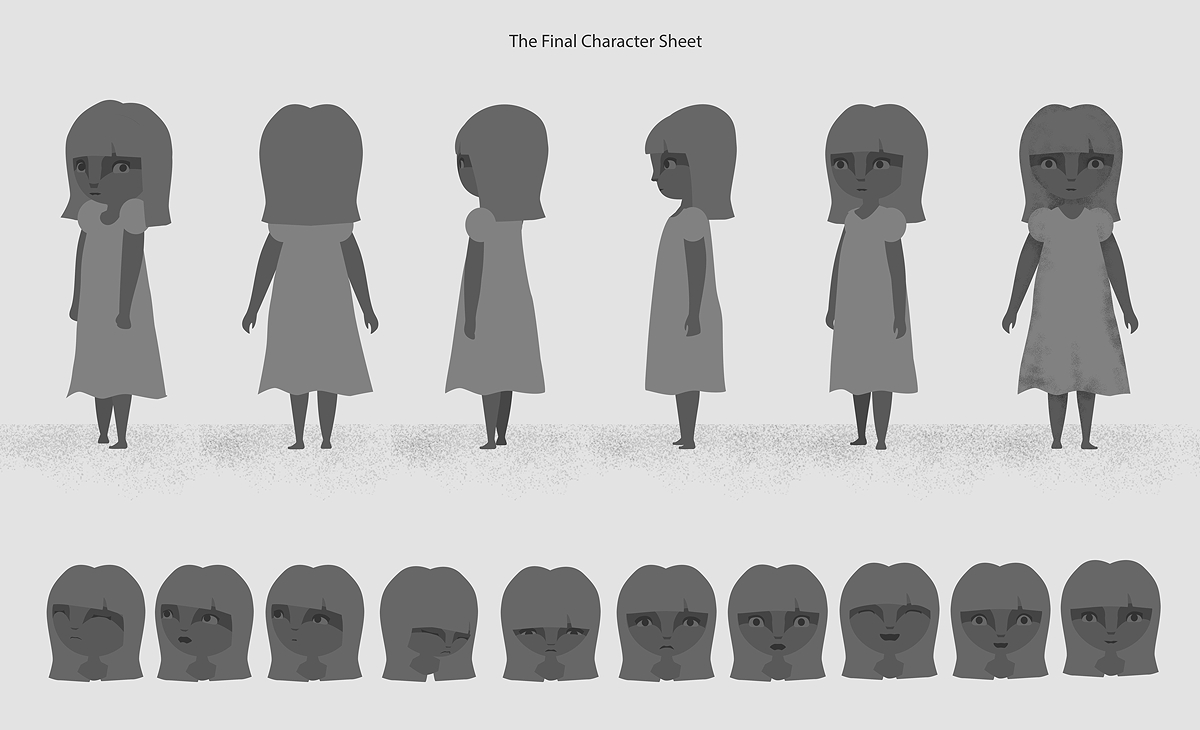 I used mainly grey colors except for childhood motifs which are depicted in color. Everything was done with Photoshop and post production completed in After Effects. It took about 5 months from early planning to post production. I wanted to create a contrast between the two worlds – the grey of reality and the colorful of pure imagination. The music, created by Rotem Moav, was also a challenge because we had to alternate a lot between the two worlds and their respective musical themes to make the viewer move drastically from feeling happy to sad and afraid. I think the music plays a big role in creating empathy with the viewers.