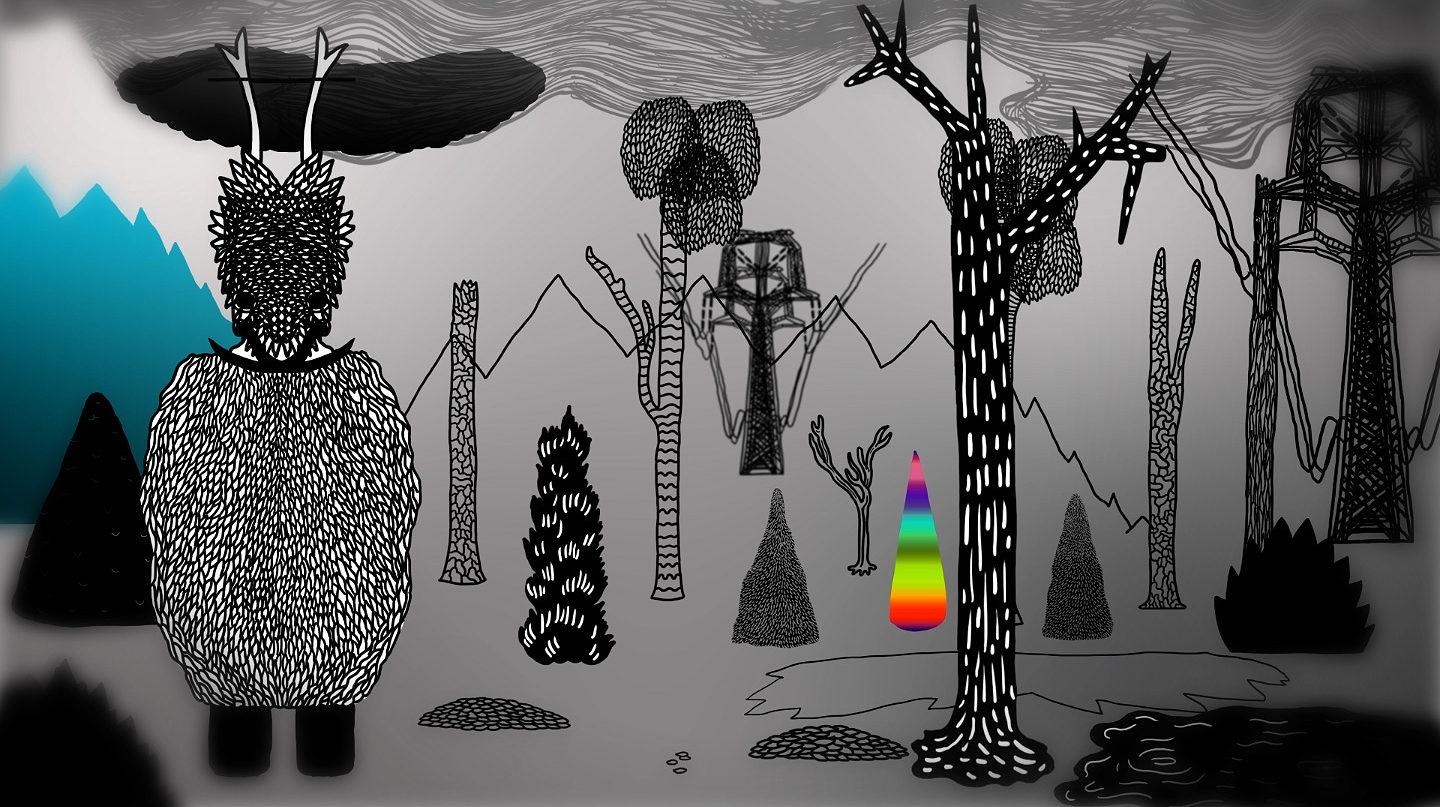 Melding Slovenian folk characters with the acoustic-electric sounds of sibling duo DVA, Admiral (Andrej Kolencik) and Peter Skala’s monochrome animated music video for No Survi takes us on a wintry journey of cyclical renewal. We invited Admiral to tell us how he and Skala employed a mix of 2&3D elements to build the video’s abstract world.

So the story behind creating the No Survi music video for DVA started sometime back in October 2013 when they approached me to see if I would be interested in directing one of the music videos from their upcoming album Nipomo. They had also picked the song for me and I liked it very much so of course I said yes! It was our second collaboration – back in 2010 I made my first music video for them, Nanuk . What is interesting about DVA is that they know what they want but still they give you complete freedom to create the music video. And I think they only have animated music videos for all their songs.

What is interesting about DVA is that they know what they want but still they give you complete freedom to create the music video.

I started to work on the video during my artistic residency in Maribor, Slovenia through the Guestroom Maribor programme. It helped me a lot because there was no real budget for the video. The residency lasted about 3 weeks and I created 2d artworks and also storyboards. I found inspiration in the Slovenian popular folk creature character Kurent and in the spirit and nature of Slovenia itself. I decided to combine the story of a journey with some traditional symbols from Slovakia (the ‘cross’). Basically, the whole story is about the “journey” and “restart” and it shows the circle of nature in a bit of a post-apocalyptic trippy way.

Sketch of the Trees

After coming back to Slovakia I teamed up with co-director Peter Skala who is fully skilled in 3d animation and we created the video together. I finished the artworks and Peter turned them into 3d and created camera movements. Then we put everything into After Effects where I finished the compositing and post production. We also used a lot of hand drawn animation for the items and characters, some of it was used and turned into 3d while some remained 2d.

No Survi was finished and ready to show before the start of this summer, but DVA wanted to promote it through their US tour, so they waited till September to release the video.