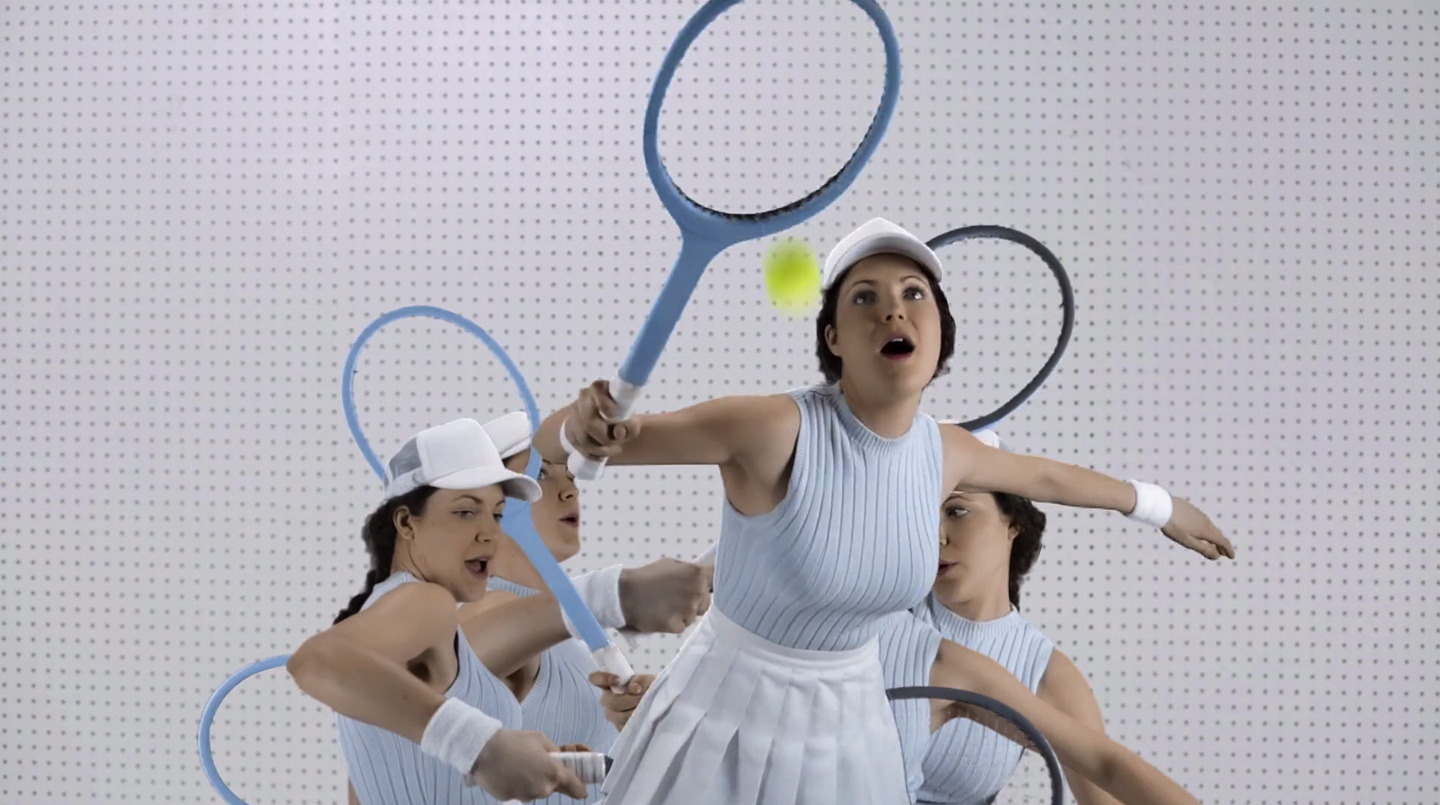 The chill ghost of winter may still be lingering in the back of our minds but with spring throwing more than a handful of heated moments our way it wouldn’t be premature to ponder the long lazy sunshine days which are practically just round the corner, and what embodies summer better than a game of tennis? In a wondrously dense 35 seconds, directors Brian Tornay and Salman Sajun serve up a kinetic celebration of all that is racquets, balls, nets and (cheekily) tennis skirts. Sajun tells DN how they brought live action and stop motion together for this empirical homage to the world of tennis.

Since my last collaboration with Brian Tornay I knew that we had to work together again without the confines of a client. Even though client work is extremely fun there is something sweet about creating for the sake of expression. LETS PLAY started of as a simple concept of showing the graphic nature of the classic sport, tennis. Seeing as both Brian and I had a little bit of time between projects we decided to make the most of it and banded together a bunch of like-minded individuals who believed in our vision. The concept was simple, showing off tennis in all its glory. While the narrative of the spot is not so linear, much like a tennis game we rally back and forth trying to sell the fact that summer is just around the corner and all you need to really do is lace up and play! Using iconic imagery that everyone associates with tennis we wanted to bounce between live action and the whimsical world of stop motion. I feel we struck a balance that we are both super proud of! The visuals would really be parched if it wasn’t for Vincent Lagadrilliere, who composed a track studding it with everything tennis and sound designing to hell out of it.

Much like every other project we knew that pre production for this was extremely vital. There was a little leeway to play around while shooting some of the live action parts but we needed a really solid plan and in the case of roadblocks an equally strong plan B and C. After brain storming a bunch of ideas, I hit the drawing board and came up with storyboards that would define the key frames of the film.

Being super design heavy we started by settling on a colour palette and from there went into crafting the art direction. We knew we had to keep things simple and so opted for an almost monochromatic pallet with just some accents of colour where it was appropriate. Initially we were planning on not having an actress and doing everything with props but since this was going to be a project where we could step outside our comfort zones, it felt like having an actress would really help sell the concept and looking back at it now it would have been a very lifeless project without a human element.

This was simple as we needed someone who was extremely good looking and willing to flash her panties to camera while striking a number of tennis poses/actions. As soon as Brian suggested reaching out to Camila we both knew she would be perfect for the part! She was a real trooper for both days on set and a real pleasure to direct!

It was 5 days of shooting! Which included some half days where we packed in a number of inserts that really helped with all the jump cuts throughout the film. Since there was not a lot of time, two stations were set up where we had stop motion and live action both going simultaneously when possible. Anna Berezowsky was our lead animator and she did an absolutely stellar job making sure we got all our frames without a hitch!

The Kessler Cine Slider, Shuttle Pod paired with both the Second shooter and the Cine Drive were a vital component in filming this short and we would not have had all that seamless motion control stopmotion without it! There was even a point when I was not able to be on set and had to do a quick 10 minute tutorial on how to use the Second Shooter while trying to achieve a 3 axis move and Anna was able to execute it flawlessly, yet another pat on the back to Kessler for building equipment that truly empowers filmmakers by making our lives so much easier!

This is where we really got to play around and have fun. There was plenty of back and forth and once we had a temp music track in place we knew we were on to something good! This film really went though all the phases in the book. It was edited once during pre production while story boards were created, then while shooting we had to make some changes so there was a second round of editing and then finally in the editing room it was remoulded again! An extremely rich and rewarding experience to say the least. Brian really went above and beyond in making many different versions of sequences so when we sat together we had plenty of options to choose from and really make calls that pushed our concept further! Bringing Vincent on board was surely the icing on the cake as he was able to take our visuals and truly bring them to life!

It’s always fun working with a crew that you know care about the end result and product! I can’t wait to be back on set with this awesome bunch of creatives to work on our next project!!