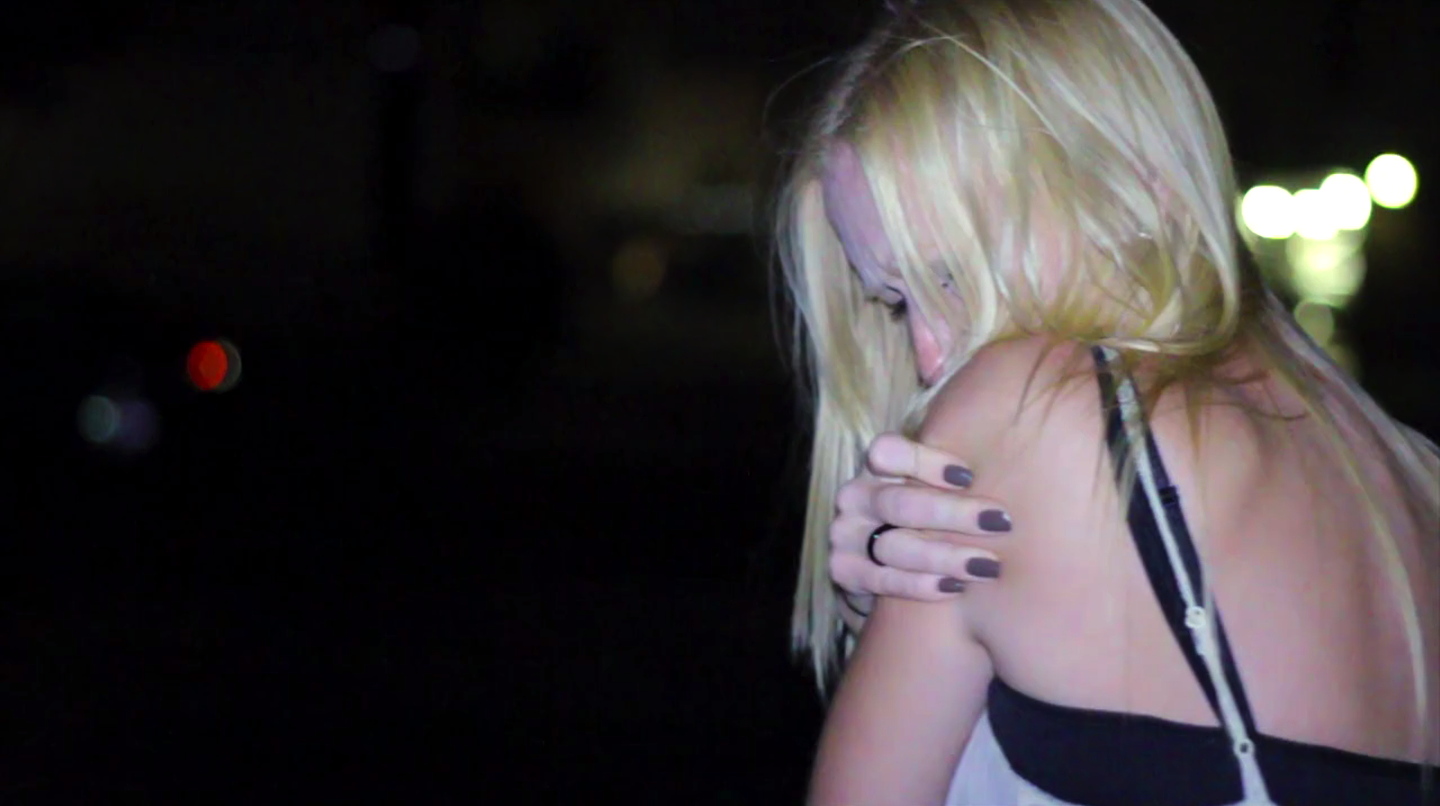 When is an avocado not simply a piece of delicious fruit? Well in the hands of Director Pope (last seen on DN here) for her latest short film Fruits n Veg, avocados, raspberries, carrots and a host of other produce are transmogrified and presented in vibrant colour against a stark bleakness of emotion which threatens to engulf a woman who has lost and given too much. We speak to Pope about allegorical storytelling and her hunt for the perfect French voice.

Even after repeat viewings the Fruits n Veg narrative remains pretty opaque. Could you enlighten us?

I’d been wanting to film something with my friend Emme Tom and just began to get images of her in my mind with bright pieces of fruit and vegetables. She has bright blonde hair and I wanted that contrast of blonde and colorful food against darkness. I’d also been thinking about the story of a couple who lose a child, but I hadn’t actually begun to write it yet. I ended up deciding to use that idea for the piece with Emme and just to make it very abstract and metaphorical. The story, very simply, is that a guy takes the virginity of his girlfriend or wife, she becomes pregnant, and then she loses the baby. For whatever reason, this man punishes her for the tragedy by abusing her but she loves him so much that she decides to stay. Each piece of fruit or vegetable represents something — blueberries are eyes, carrots are fingers, cherries are virginity – some of them are not very subtle.

Given its abstract nature, how much of the underlying story did you spell out for Emme when directing her performance?

I gave Emme a brief description of the overall story, so she did know what was going on. But I focused much more on the fruits and veggies and what those represented so she could really connect with them. Originally there were many more lines to go with the metaphors, which helped her performance a lot, and I told her to completely convince herself that these pieces of fruit and veggies actually were her heart, her child, her boyfriend’s body. She took it seriously and I was happy with her.

This is a film you’ve been working on for a while, why did it take so long to complete?

Filming actual only took two nights, shooting on a Canon Rebel T3i with LED panels for lighting, but completing it took ages. Fruits n Vegs was actually shot in 2013 but I had the absolute hardest time finding a French narrator that I was pleased with. Plus, there were other films and projects I was finishing that pushed it to the back burner for awhile. It was basically shot, and then left untouched until recently. Once I had a lag in the other films, and finally found my French girl, I finished it within a week.

Why did you decide on the French narration, especially as it was the main element which held back completion of the film?

It was my original editor’s idea, and French just sounds so beautiful. I also felt like the subtitles drew attention to the meaning of the metaphors, and showing the text gave an interesting contrast to the other shots. I had tried English narration, Swedish, and Norwegian, but nothing sounded right to me except for French. Finding the right narrator did hold me up, but I was determined. I can be pretty stubborn.

The music provides a very playful juxtaposition to the visual themes of the piece.

It’s playful, but also powerful and interesting. It’s very up-and-down…it’s calm and then it’s crazy, just like this couple’s relationship. I also wanted a colorful song to compliment the colorful fruits and veggies.

Any clues as to what you’re working on next?

I’ve written a short called All Hail the Mighty Me which I want to film very soon, and I’m finishing up a feature called No. 1 Crush about a girl who turns psychotic after a boy she believes she’s in love with rejects her. Both of those projects sort of go together.