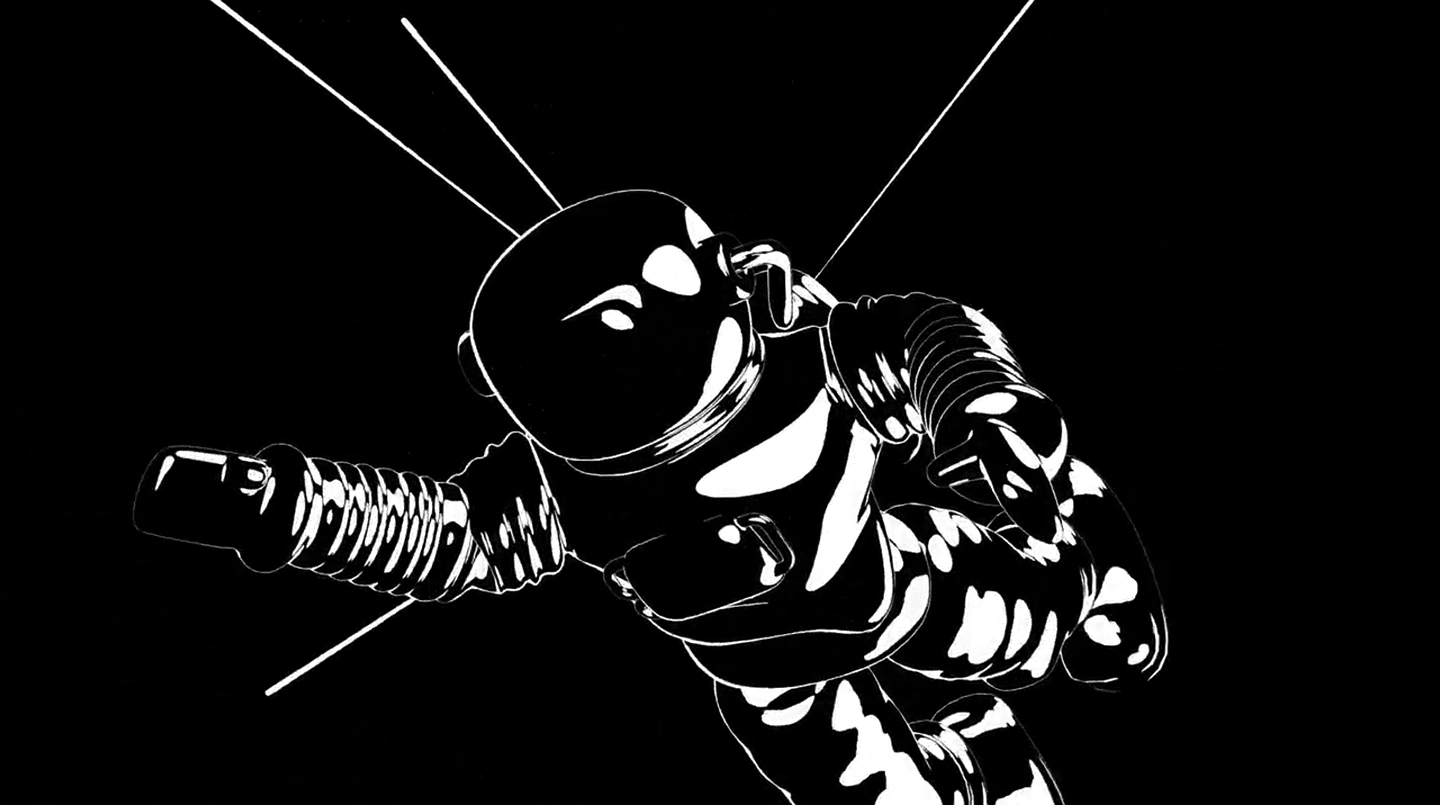 Inspired by their impromptu musical collaboration, Pierre-Guilhem Roudet and Gabriel Aldama’s animated short COSMO ventures beyond the outer reaches of our planet for a sci-fi/retro duotone odyssey through space. PG joins DN to discuss how he and Aldama set out to create a film in which each frame could be admired on its own as a piece of graphical art.

Where did the inspiration for COSMO come from?

It all started with the music composition. Gabriel and I have been doing music for two years now. It’s not something that’s ever really planned, we just tend to come together periodically to collaborate. It permits us to share our ideas and create across a variety of forms such as music, design, video, woodwork. We had previously made an ad for BDSQ together – it’s really informative piece but didn’t impede us from bringing our graphic touch. Last year, we created a lot of music together including an electro rock session. Many pieces arose at that time, the most accomplished of which musically was the track featured in COSMO. The video was produced in response to the music we created which was in turn modified to fit with the video (and vice versa). I convinced Gabriel to adapt it to a shorter format – the original one ran for 4 minutes. Gab sings and plays guitar on it, and I brought the synthesizer and an electro “French touch”. It was a good opportunity for us to explore new ideas, within our own constraints. The film also permitted us to work on new techniques.

How did the graphical style of the video develop?

We started brainstorming within three concepts: the idea of escape, flight, and research. The results pointed us towards a spacial quest. Gab quickly brought forward very graphical visuals and retro futuristic references, which we both liked instantly as they’re close to our respective styles. The main idea was to construct the entire video within a cardboard/vector style look.
Each scene is a mix of techniques between traditional 2D, motion and 3D, the goal being to ensure the final piece was homogeneous.

How did you divide your relative tasks during production?

I did most of the animation. I directly designed some elements while others were reshaped in 3D based on the initial design. Gab helped a lot perfecting the music, the arrangements, the mix and mastering. We’re able to be both really skillful individually and simultaneously complementary, which allows us to do a lot together without having to look for external help. We’re pro in a do-it-yourself way. The project took 6 months from the initial brainstorms to the final realization. It was 100% digital, we didn’t use any particular equipment except for our computers and a minimal home studio.

In a near future, we plan to work more together.