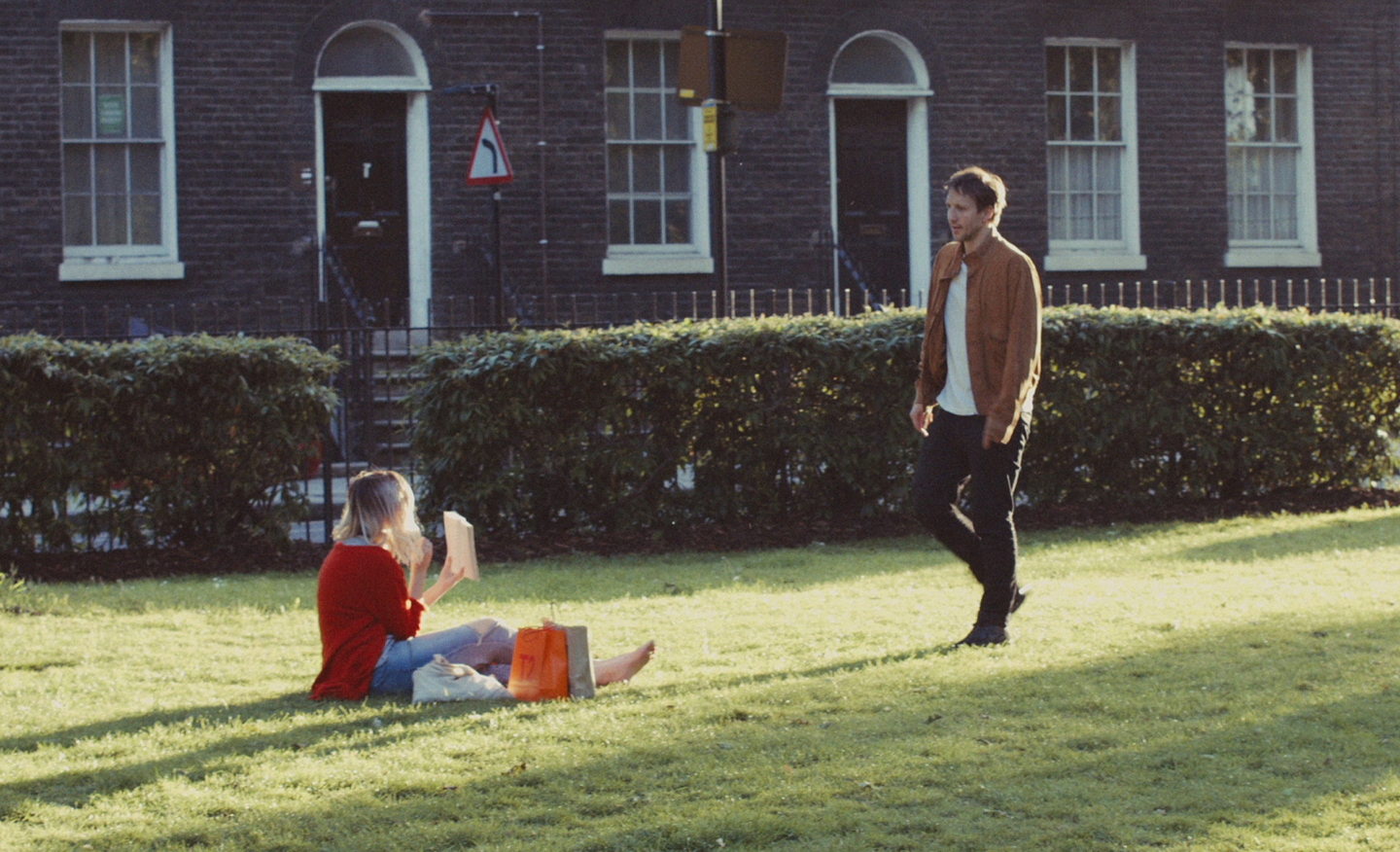 Of all the interactions we humans have, probably the most fraught with anxiety is that of dating. The internet and those ubiquitous computers in our pockets we’re glued to 24/7 hold the promise of connecting us with the potential love of our lives with but a swipe, but have we lost something in the process now that we decreasingly seek out love face to face? In his endearing documentary Offline Dating, Samuel Abrahams follows his friend Tom over a weekend as he attempts to make a connection without the aid of an app. We talk to Abrahams about technology, relationships and the filmmaker’s effect on reality in our interview.

From initial idea to online release, the production of Offline Dating was pretty rapid. Could you take us through the timeline of the film?

I happened to be subletting for a month or two in a house near London Fields in Hackney. One night maybe six weeks ago a few of us in the house were talking about the dating scene. Tom, who I didn’t know that well at the time, was relatively newly single, and we were having a play with a few dating apps. The next day the idea hit me and I asked Tom if he’d be interested in it, kind of as an experiment. The only time the two of us could do was that weekend, so I hired a small low-fi kit – camera, set of primes, radio mic and boom, and spent a day or two reminding myself how to shoot. Then we spent the weekend filming and I went straight into the edit for two and a half weeks. Just because of timings it took a week or two to finish the grade at Framestore (Steffan Perry) and the sound mix at Wave (Jonny Platt) added another week or two as we were having to squeeze it in around other jobs, and we finished the film the day I moved into my new house! Took me a week to get internet here so delayed the upload… But yes, all in all, a very quick turnaround. That’s one of the great things you learn from directing commercials, being able to work fast.

Even in a pre-Tinder world, Tom’s approach to getting a date (especially when asking multiple women at the same time) isn’t perhaps the most appealing to potential matches. How did you come to settle on such a ‘direct’ approach, as opposed to more of a ‘chatting up’ plan of attack?

When setting out on our first day’s filming, I talked to Tom mostly about the tone of the film. Yes I wanted it to be direct; but also wanted it to have real heart to it. It was important to me that Tom never came across as lascivious or smarmy, but still confident and honest. It helped of course that Tom is such a likeable guy, very gentle and genuine. Then when it came to his initial approach, we felt that stating his intentions right up front could be fun. More out of intrigue really. What would a girl do if without any chat up whatsoever a guy asked her out? Some people were open to it and others clearly not. I was very aware of making room for Tom to pick up tips from women.

The technology itself isn’t evil of course, it’s simply our relationship with it that we need to be careful of.

Do you feel our ubiquitous connections and access to a multitude of others has left our relationships richer or poorer?

I can only speak from my experience but the idea of hyper-connectivity is certainly exciting, but in many ways it fools us into believing we are constantly surrounded, and that we are admired, but beneath that, it feels so much more isolating. The technology itself isn’t evil of course, it’s simply our relationship with it that we need to be careful of. Ultimately I am responsible for how I interact with screens and technology and I make sure it is only a tool and not a replacement for real communication and connection. People in real life are so much more interesting than their witty tweets and curated holiday snaps they bombarded us with. 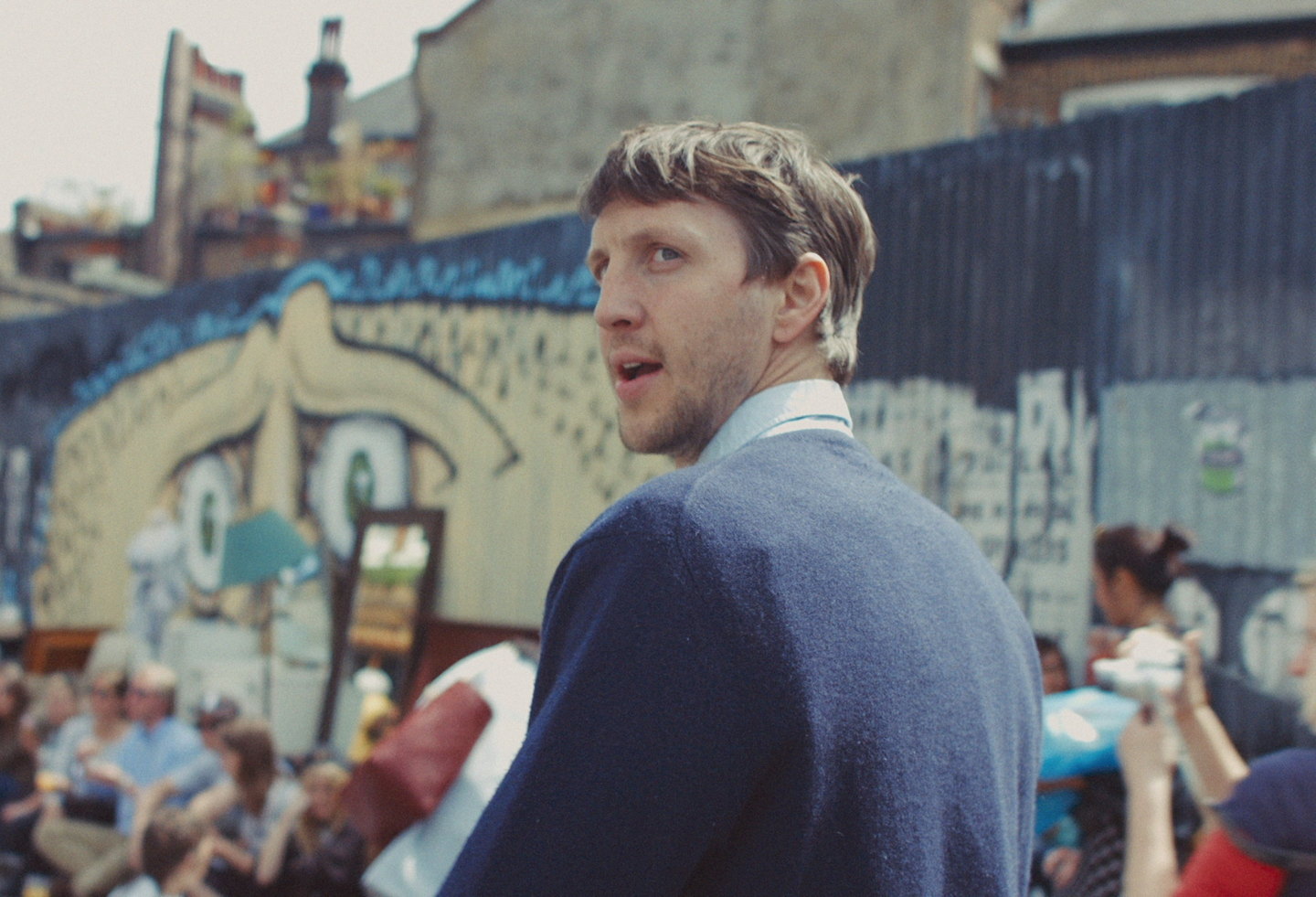 Offline Dating is a beautifully observed and shot documentary, but also raises questions of ‘staging’?

I have a bit of a messy background, studying Fine Art, then shooting documentaries, and now directing drama and commercials. What I will say is that I tried to bring a lot of these different disciplines, or rather, ways of thinking, to the project. I know it’s an infuriating answer, but as soon as you put a camera in front of anyone, the situation is altered. The reality is effected. And Tom wouldn’t have gone out and done this all weekend had I not pitched the idea of us making a film about this, so you could say, in that sense, the film is staged. What I hope is that, regardless of whether you think it is all real, or all staged, it is telling a truth.

As soon as you put a camera in front of anyone, the situation is altered. The reality is effected.

What was your practical approach to filming Tom’s encounters?

It was a very small crew. For the first day, it was just myself and Tom. So I was shooting, carrying the lenses, recording the sound of a radio mic, etc. That wasn’t easy, so on the second day I had a couple of assistants help with recording sound on an additional boom mic, and running around getting release forms. I wanted the camera to really immersive itself in these situations, and for it to never stay still. I didn’t want it to hold back and shy away from what was happening. With such an honest approach, people get comfortably with you having a camera in their face pretty quickly.

There are many elements to love about the film but one of the strongest for me is Chris McKay’s seamless edit. What was your approach to building that structure?

Well I had to be very open whilst filming, open to allowing the story to find itself, whilst also nudging it in certain directions when I felt it might develop into dramatically satisfying moments. Working with Chris again to craft this narrative was a lot of fun. We spent a lot of time whittling the rushes down to the key incidents that would help tell this story. Chris is all about story, and that’s why we worked together so well. There was a rough arc we were working towards but largely it is something we had to experiment with in order to find in the edit. Chris has the confidence and patience to keep pulling the story from the rushes, each cut at a time.

Offline Dating works both as a social commentary piece and a charming tale of Tom’s search for a connection. What would you like viewers to take away from the film?

I’d love for the film, in its own small way, to inspire people to invest time and energy into meeting new people. That’s what I’d love the audience to take away from it.

I read in your Short of the Week interview that you’ve been working on “ideas about the differences between virtual and actual life”. Are there other films in that vein which you’re currently exploring? What will we see next from you?

Exactly that. I seem to be drawn to this kind of material. Whether I wrap it up in sci-fi, horror, or romance, the stories I am drawn to, are ones that comment on our need to make connections with people.