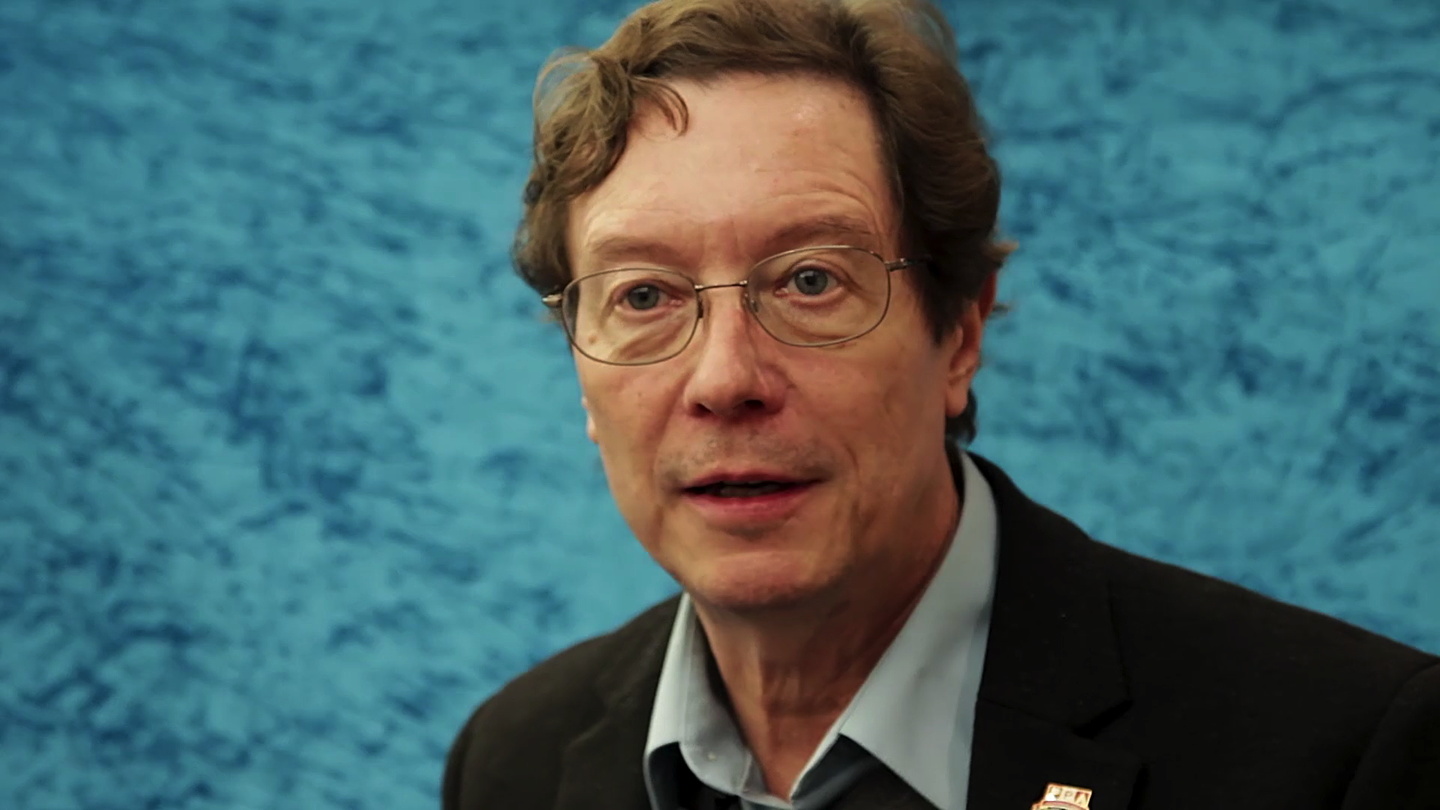 Dogs maybe man’s best friend, but there’s something to be said about an animal whose innate haughtiness means that we find ourselves trying to the court their approval and attention. For Larry Johnson, the insightful star of Mark Zemel’s feline portraiture documentary The Purrtraitist, this is a courtship to which he has become well adept over many years spent capturing the personalities of the stars of the American cat show circuit. Zemel tells DN how an impromptu birthday trip led to his wanting to turn the lens on the man behind the cat camera.

This project started on my birthday two years ago. My girlfriend took me to a cat show for fun, and while we were there experiencing that whole scene, we met Larry Johnson who had set up his whole studio in a camping tent. I reached out a little while later to find out more about him and see if he was going to be in the area again. Turned out he’s basically on the cat circuit, going all over the country to different cat shows to do these portraits for the breeders. Luckily he was going to be at a show in Parsippany, NJ in January, and even more luckily, it was a show that his wife was running. She happened to be showing at a cat show in NYC, so I went and met her, and everything was set. 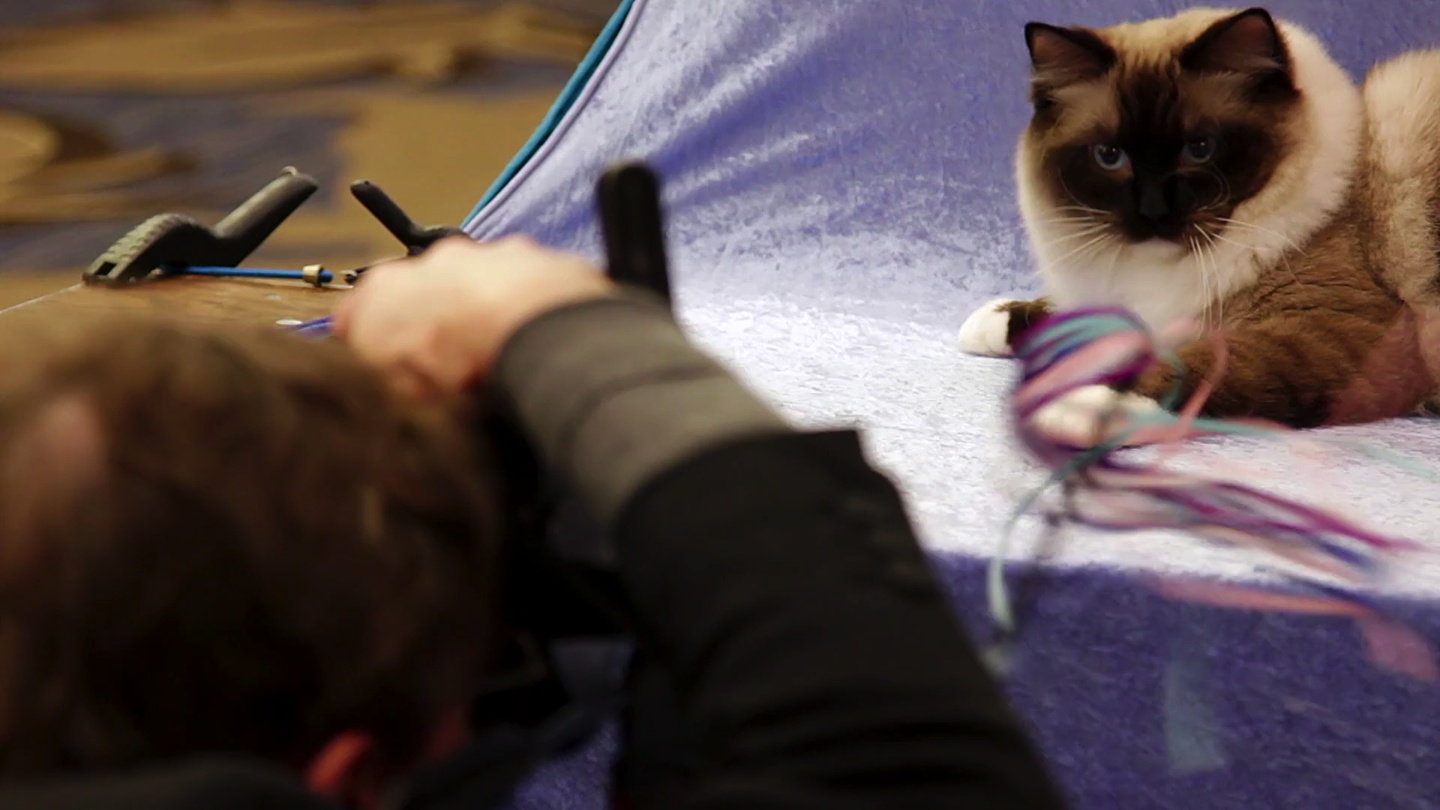 I still had almost no idea what to expect when I showed up for the first day of the shoot which was the set up day before the show started. I hung out with Larry while he got his studio put together, and I watched (and filmed) as the show was assembled. I had my friend and frequent collaborator Tyler Jensen with me for the first two days of shooting. We used two Canon T2is to film everything, some old Manfrotto tripods, a wireless Sony Lav and a Zoom H6. So, it was nothing fancy. I was running around with a camera on sticks, a fanny pack with the zoom and the lav receiver, and headphones on. I really wanted to get a lot of locked off, tripod, wide shots. There are a few shoulder mount scenes, but for the most part we stuck to that look. One thing that was nice is that the hotel was so evenly lit and was, in a lot of ways, an ideal shooting environment for a guy doing everything on his own. I didn’t have to bring lights (though I did on the first day) and there wasn’t much sound bleed in Larry’s photo room. So, the shoot went really well. Larry was easy to work with and there was just so much stuff to capture. 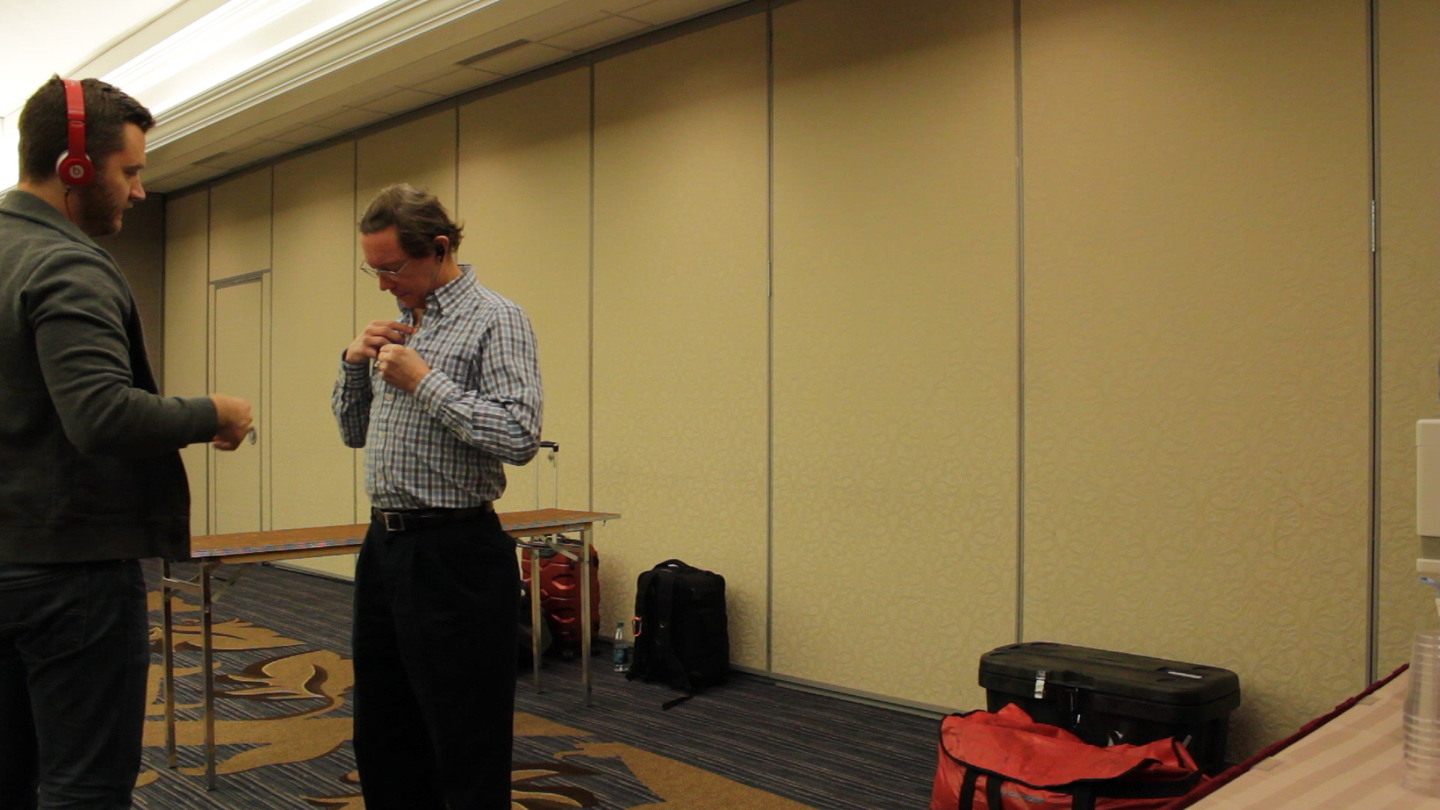 Post was a little more difficult. I ended up with about 25 hours of footage shot over 4 days, so it took a lot of screening and organizing, which was time consuming. Also, other projects and gigs came up which made it an on and off postproduction process for a long time. I think I released two or three other personal projects that were all shot after The Purrtraitist before I finished editing. As always there were some amazing things that ended up on the cutting room floor. There was a fire alarm at the hotel and everyone had to evacuate with the cats and we met some truly interesting vendors. But I really wanted to keep the focus on Larry and I also didn’t want to break the 10 minute mark. So, some good stuff didn’t make it in. After I’d locked the edit I got a great title animation done by Mack Williams. I had the audio mixed by Jeff Curtin who is a good friend from my Pitchfork days, and I had it color corrected by Ryan Rossillo who is great. Once all of that was done (which took about a month), I released it into the wild.