Thinking of attending Film School? Then Director Jason B. Kohl has just the book for you.

One of the driving factors behind what we do at DN is the hope that we can inspire and influence potential filmmakers looking to get a foothold in the industry. Usually this involves sharing independent filmmaking we love, but on occasions – like this – it means we can share something a little different – in this case, a book. Written by director and friend of the site Jason B. Kohl, Film School: A Practical Guide to an Impractical Decision is an accessible and informative book aimed at both prospective and current film students. Providing essential information on not just whether you should apply to film school, but how to get the best out of your time there, Kohl’s revealing book will hopefully prove to be an indispensable guide for those of you thinking of following this path into filmmaking.

It feels as if this book was born not just to fill a hole in the market, but to provide essential guidance you felt was missing in a filmmaker’s career – where did the inspiration to write the book come from?

My inspiration was twofold.

The first was my own experience applying to American film schools, a process I found both frustrating and opaque – you spend months writing applications, then mail them into the ether, only to wait for several months to hear if you even got an interview, let alone whether you got in. So I wanted to make that process easier, more transparent, and a little less lonely.

The second also comes from my own experience: I want to openly assault the idea that filmmaking (and thus film school) is a golden path to wealth and fame, because movies are an idiotic strategy to get rich and famous; it will take a decade if you’re lucky, and just as often ruin your life when it comes. More importantly, an obsession with wealth and status is a horrible basis for becoming a great storyteller, or a decent human being for that matter.

I think our greatest filmmakers have several characteristics: they develop a unique worldview, a deep knowledge of storytelling, and a Christ-like ability to suffer for their work. There’s a reason many filmmakers, including Martin Scorcese, initially thought of joining the clergy; making movies requires a religious level of patience, humility and discipline.

So I wanted readers to understand upfront that they are making one of the most difficult career choices known to man. But, at the same time I want them to understand that, while it might not make you rich and famous, film and television can be portals to a meaningful life, which is a far more important, and, perhaps, better strategy for success in the film industry.

This is designed to take the reader on a journey through their own lives and ambitions. 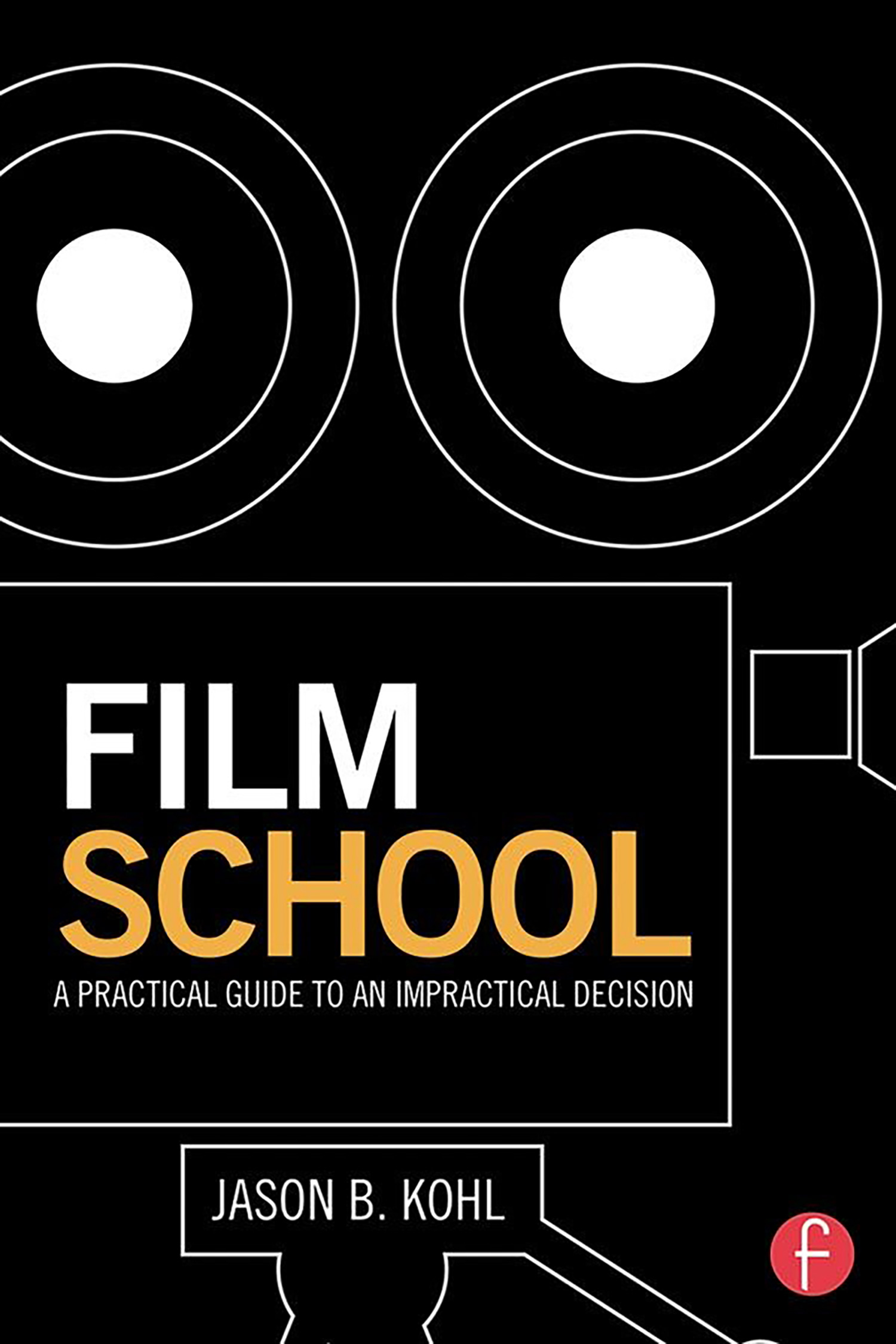 If readers are willing to come on this insane, wonderful journey, then I want them to begin to formulate answers to a series of very important questions, including:

Who am I? What kind of films do I want to make? Why?

Is film school the right path for me? If yes, which one? Why?

How do I get the most out of my time in film school? And, how do I build a career as a young filmmaker?

All of this is designed to take the reader on a journey through their own lives and ambitions, and to help them understand what a filmmaker is, how filmmakers succeed, and how they might begin to do the same, with or without film school.

I wanted the book to be as simple and accessible as possible, and the only way I knew how to do that was to use my own experiences.

As someone who has attended film school himself, how did your own experiences guide when deciding what to write about?

Every moment in the book is shaped by my film school experience; the mistakes I made, the people I met, professors I engaged with, the money I spent and why. I wanted the book to be as simple and accessible as possible, and the only way I knew how to do that was to use my own experiences and (fictionalized) versions of those of my peers, colleagues and friends.

One of the most interesting sections of the book for me is where yourself and Ryan Koo provide reason to go/not to go to film school – how important did you feel Ryan’s inclusion in the book was and was it important to convey that film school isn’t the only option?

I wanted Ryan Koo’s NoFilmSchool arguments there right from the beginning. It was essential for me that the reader understand, right away, that film school is not the only option.

Ultimately, like the choice to go to film school, this book is about each individual reader: their background, their voice, their taste, their ambitions. It’s a question that only they can answer.

If readers complete the book and go “film school is just not right for me because…” or “I’m going to apply to these three schools for X, Y and Z reasons,” then that’s great.

My entire goal in writing this is to help readers better understand how to identify and follow their own path as a filmmaker [you can also see Jason’s pro-Film School arguement on NoFilmSchool].

I hope it will help them better understand the process through which people become filmmakers.

What do you hope readers will take away from the book?

After several years of work I’m currently prepping New Money, my first feature film, to shoot in Michigan this February. I’ve been fortunate enough to assemble a pretty amazing team of collaborators. We just started casting, which is a pretty wonderful feeling.

You can buy Jason’s book on Amazon US & Amazon UK – here at Directors Notes, we really can’t recommend it enough.