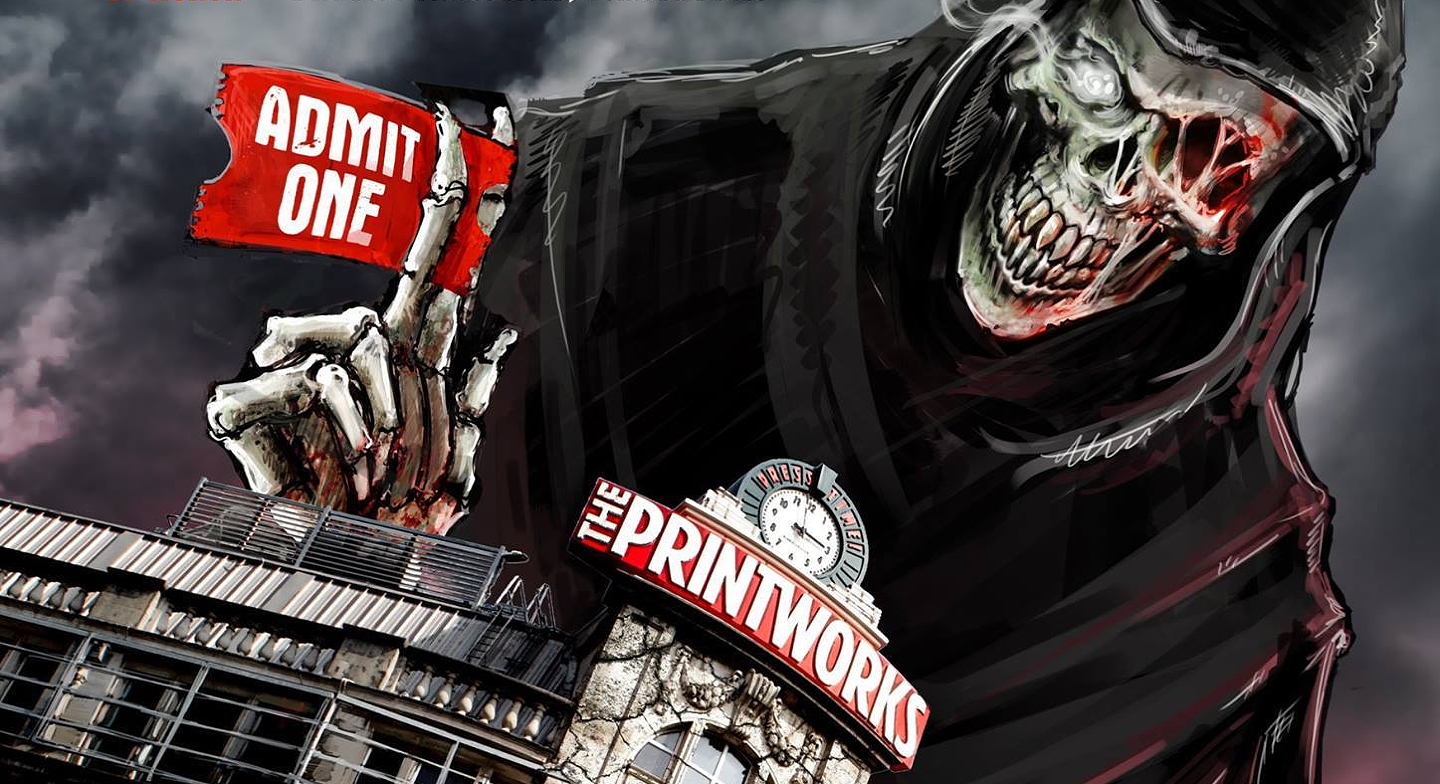 I love Grimmfest. I love their relentless commitment and clear enthusiasm. I suspect that organising a horror and cult film festival is a true labour of love. This year that demonstration of love and dedication took place on screen 12 of the Manchester Odeon. Frequented by enthusiasts rather than the hip, Grimmfest is somewhere between convention and festival. Sure, there’s little in the way of dressing up, but this is an event for fans. Of course, this shouldn’t be the case – horror films are still a maligned genre despite the fact that they have something to say beyond the literal and that most directors of note either start off with horror or end up dabbling in the genre at some point.

Whatever the case, I love horror and I especially love watching these weird little films on big screens. I love the way everyone claps after all the films; even the crap ones. It would be nice for Grimmfest to have its own space again, but I’m ignorant of the various deals and compromises that go on behind the scenes that keep this little event going year after year. This year I managed to get to the Printworks Odeon for three days of films. Some good, one bad, and almost all featuring actors from Game of Thrones in supporting roles.

Corin Hardy is the latest name attached to the troubled The Crow remake. Corin opened the weekend on Thursday with his debut feature The Hallow.

The Hallow tells the story of Adam and Claire Hitchens who move into a cabin in the woods with their infant son. The woods in question have been bought by developers and it’s Adam’s job to examine the woods in a conservational capacity to see what needs preserving. However something or someone in the woods cares not for his middle-class environmental ways. Early on we get an appearance from a neighbour, Coln, played by Game of Thrones’ Michael McElhatton in a “beware the moon, don’t stray from the path” role. Coln attempts to turn the tale from a 90 minute horror film into a 15 minute couple-move-out-of-cabin film but is unsuccessful.

The film looks great, and Hardy imbues the woods with a powerful mix of beauty and menace. The Hallow treads a fine line between homage and genre subversion. Ultimately it’s the former, but it has enough of an understanding of smart horror to carry it through a slow-building start to a pretty thrilling last act. Certain scenes in that last act have an ambiguity designed to wrong-foot anyone getting too comfortable with the familiarity of some of the themes. It’s part monster film, part nature-phobic thriller with touches of body horror and paedophobia thrown in. More than anything this is a film about the power of motherhood – mother vs mother nature.

Horror-comedy is the rap-metal of the film world. Very few have done it successfully, but just enough to provide encouragement to countless others. Like rap-metal, horror-comedies rarely succeed because in seeking to master two genres, they often fail at both. With this is mind, my expectations were lower than a leprechaun limbo dancer for Bloodsucking Bastards, a satire of office life where the metaphorical expression of the title turns literal as vampires slowly take over the district office of an American corporation.

Made by and starring comedy troupe Dr. God, Bloodsucking Bastards works and is genuinely funny with enough (but not that much) satirical bite to engage your brain. There’s a delightful turn from Pedro Pascal (from TV’s Game of Thrones) as the wonderfully creepy (in the slimy, rather than horror film, sense) Max brought in to turn the place around. Office and sexual politics are explored and the central metaphor is used crudely but to good effect. Is it scary? No. It doesn’t have the ambition of a Shaun of the Dead or American Werewolf, this is comedy first and foremost but it achieves its aims and deserves the cinema release that it isn’t getting.

On Friday, I arrived in time to watch David Keating’s Cherry Tree, which also opened this year’s Frightfest. Cherry Tree tells the story of misfit schoolgirl Faith who befriends the hockey coach Sissy (Anna Walton) at her Irish school, this being an an Ireland populated entirely with public school English accents.

Cherry Tree is a film of clumsy narrative, perplexing character motivation, confused tone, terrible dialogue and TV production values. It starts by introducing us to Faith and explaining her home life. She then meets Sissy, who is played with a dark feminine intensity that lets you know in six foot high letters that SHE IS A WITCH and then it gets dumb. Fast. We’ve been here before – we know the witch befriends and then manipulates the outcast before the outcast finds inner strength. To be more precise we’ve been here before in better films – films that say interesting things and the female psyche and relationships.

The driving force of this sub-genre is the seduction. Witchcraft is normally portrayed as a force of benign empowerment with goth overtones, and from there the darkness slowly unfolds until our heroine realises what she’s gotten herself into. Not so in Cherry Tree. Very early on Sissy brings Faith back to her house and reveals her scary witch dungeon, accessed through a long winding staircase deep underneath the house. There’s nothing tempting about her hockey teacher’s flirtations with the occult and there’s no chemistry in their relationship – she’s just her teacher, who is a witch and has a dungeon. The tone of the film jumps uncomfortably between young adult fiction and dark horror in way that serves neither, and the whole thing feels inept in a uniquely British way.

Turbo Kid is being touted as the retro-flick for the kids too cool for Kung Fury. Set in a post-apocalyptic world and filmed in a disused quarry and based in 1997 (presumably while Snake Plissken tries to rescue the president and Skynet becomes self-aware). The titular BMX-riding teenager, played by Munro Chambers gets involved with Apple, the manic pixie dream girl to end all manic pixie dream girls, and Frederic, an Indiana Jones-alike. Together they take on eye-patched baddie Zeus played by (who else) Michael Ironside. If Turbo Kid were just kitsch it would be tiresome and far too knowing. Luckily it has a script that’s warm, witty and doesn’t outstay its welcome. Having a script anchored in the central relationship allows the actors to chew the scenery without turning the whole thing into an in-joke.

I returned to Grimmfest on Sunday for the 2k restoration of Clive Barker’s puzzle box solving classic Hellraiser.

Hellraiser is still an outstanding horror film, mainly due to the strength of the ideas and Clive Barker’s imagination. Barker’s biggest influence is Edgar Allan Poe and it’s easy to see this in his approach to short story writing but it is the mythological nightmares of Lovecraft that resonate throughout Hellraiser. I can think of no two writers who are so capable of making you wonder “who the hell could have imagined such a thing?” 28 years after its release, there is still nothing quite like Hellraiser. From a technical perspective it’s very much the work of an inexperienced director but never to a degree that distracts. The physical effects may not be realistic but they hold up well, as physical effects often do. The animation overlay effects which didn’t look very good at the time now resemble a cheap kids’ TV show, and the actors’ accents seem to have been chosen at random. These however are small gripes. This is a British horror classic and derives its strength from just how seriously it takes itself, its fearless embrace of sadism and obsession and an originality as striking in 2015 as it was in 1987.

And the festival itself? One of the best line-ups and an enthusiastic audience made up for the sober multiplex surroundings.