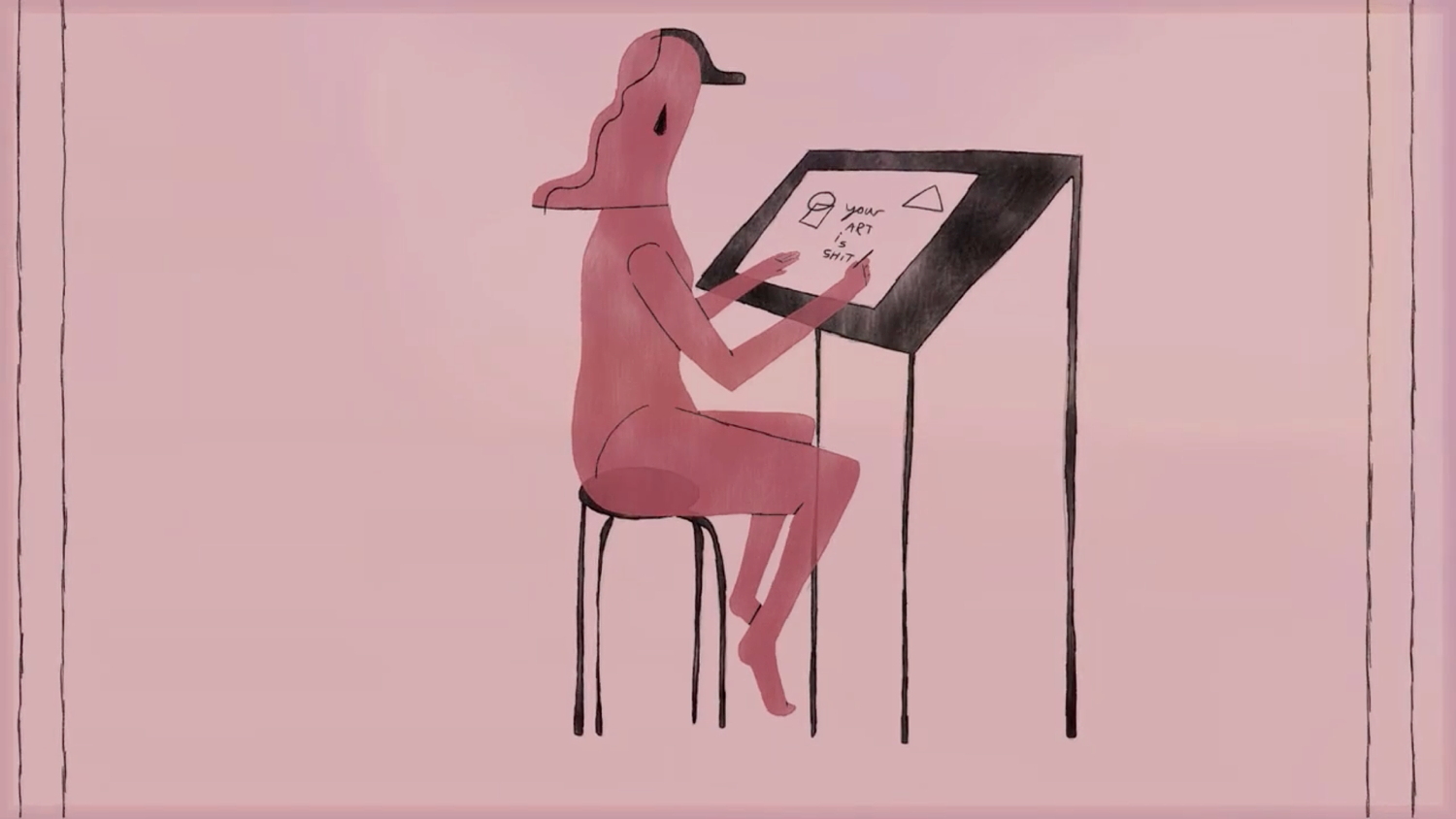 Any creative endeavour carries with it certain challenges which need to be surmounted. Whilst these may vary from project to project, an unsettling constant regardless of the particular form of expression is the fear that what you create simply isn’t good enough. Coining that feeling under the much snappier term of “Artistic Dysmorphia”, Dylan Carter’s animated short your art is shit, brutally lays bare the litany of insecurities which cover the landscape that lays between the work you create and the masters who inspired you in the first place. We invited Carter to tell DN how he came to make a film about “art and you and insecurity”.

Essentially, my past few animations have been focused on different types of relationships in my life. I’d been getting more and more personal, starting with abstract ideas about love and eventually moving towards highly specific and intimate details about my life. For your art is shit I wanted to focus on my relationship with art, and more specifically, those insecure feelings anyone might have when putting something out for the world to judge. your art is shit came about as a kind of response to an unhealthy view going around in the indie artistic-community, and it’s especially apparent in those just starting out. It’s this insecurity that your work is somehow inadequate or that you should feel embarrassed about showing it publicly. It’s something that I see both on the internet and in person, but has definitely become more pronounced with the huge amount of exposure (and criticism) something can get online. I have no idea what the official name for this would be, so I dubbed it “Artistic Dysmorphia.” Before I made this animation, I wrote a large blog-post about the issue. However, when I got the idea in my head that it might be better to showcase the problem visually, I decided to hold off on posting the blog. Not fully sure if I even need to now.

Once I had the idea of Artistic Dysmorphia in my head, it was really just a matter of finding the best way to get to the centre of the issue. I was doodling things in my notebook when I jotted down the phrase “your art is shit,” and it immediately stuck out to me. It was quick, it was cutting, and it felt like it accurately summed up everything about the issue. It felt honest. A few months before, I went through some old highschool artwork and found a blind/semi-blind contour drawing of my hands. I really liked the ugly, disjointed look of it, and I thought it would make an excellent style to focus on. The flawed, segmented body parts reminded me a lot of what I have read about traditional dysmorphia, and I thought it would make a nice visual metaphor. 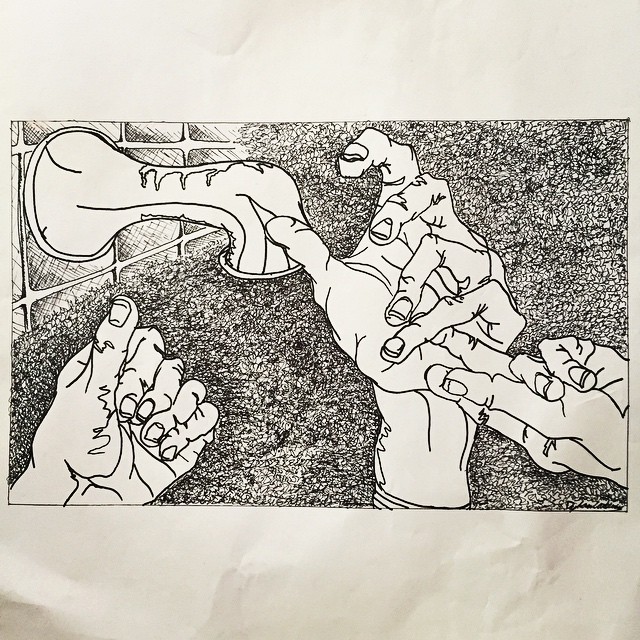 I think the whole production was a few weeks long from pre to post, with about two weeks on concept development and a weekish of animation/sound design. Once I animated the piece, I talked to the voice actor, Bindy Coda, who’s become my go-to actor for voicing my personal experiences. I think she really nailed both the cutting accusation at the start of the film and the switch to that uplifting note at the end. The composer, Jacob Wilkins, also did a fantastic job with the score. In addition to their skill, I think it speaks to how universal these thoughts can be among artists of all types that they both picked up on the tone of the short right from the start.

For the original version of the film, posted on newgrounds, there was an alternate shot featuring a handful of characters from my past shorts. It was intended as a way to show that the piece really did apply to me, that I have had all these same insecurities. I didn’t think that referencing my past material would work as well on Vimeo, so I switched up the scenes. It makes the piece less personal, but also feels like it could reach a larger audience this way. I think both versions have their merits, and I’m happy that they’re both out there.

All of that was in the fall, and I came back to it when I had free time over the holiday to make the Vimeo version. Spent about a week making the alternate scene and recompositing the whole thing. Added in this weird artifacting effect that I made by exporting a super-compressed version of the film, and overlaid it on top of the final film. I also reworked the sound design and super-saturated the narration.