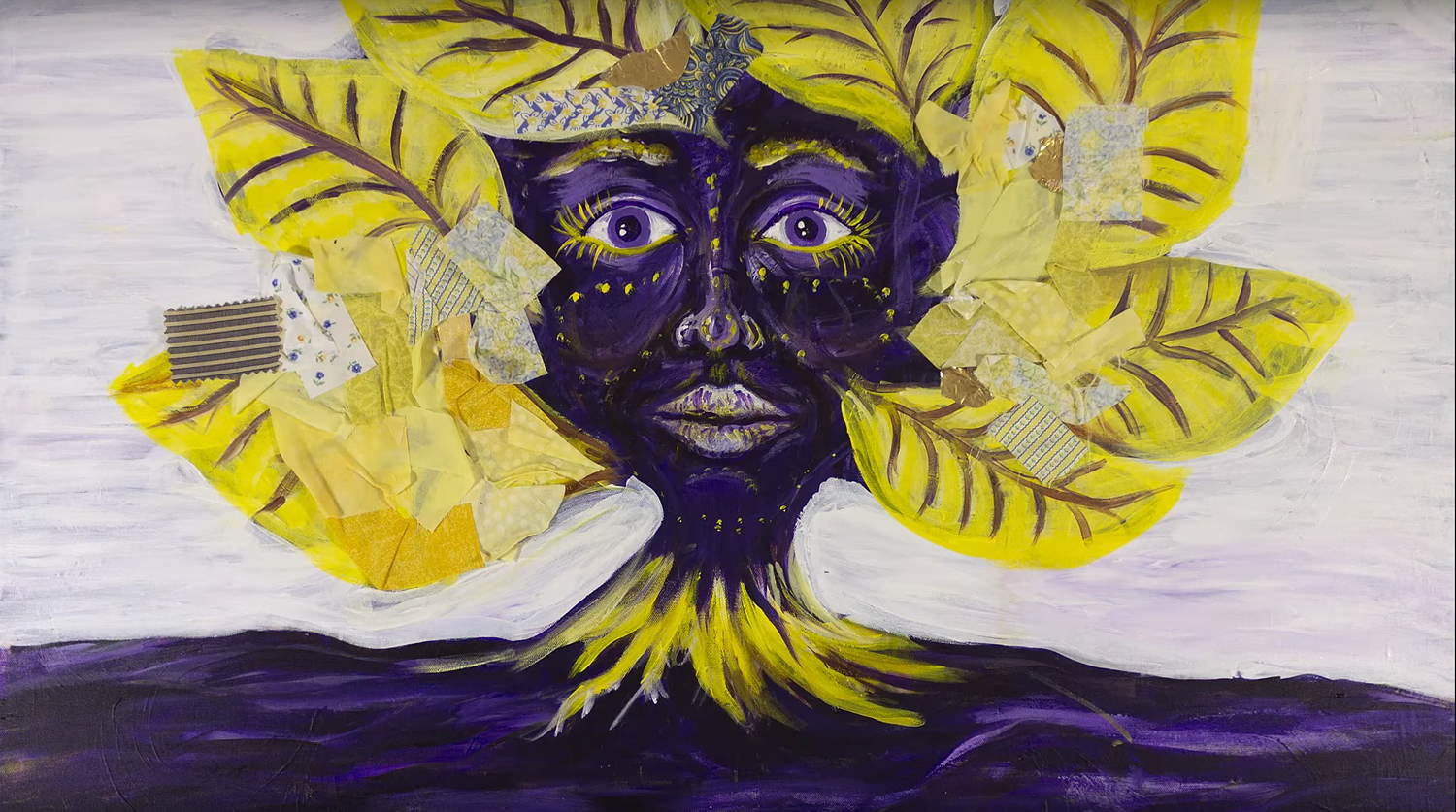 While most films work their captivating wonders across an entire running time, there are those which pull you into their visual spell from the opening frames, keeping you locked in and wanting more long after the screen goes black. So is the case with Sam Griffith and Hannah Thrower’s hand-crafted additive animation for Courtney Marie Andrews’ wanderlust folk tune Woman of Many Colors. DN spoke to Griffith about his long-distance collaboration with Thrower and how they maintained momentum on this 2.5 year long project.

Looking through your Vimeo back catalogue, Woman of Many Colors seems like quite a departure in style and technique. How did you arrive at an additive animation as the production process for this film?

While working with this specific type of animation is new, I’ve done quite a few projects over the years working with animated still frames – be it stop motion animation (such as this spot for Levi’s) or time-lapse sequences – so the post-production side of it is pretty familiar to me. And my sister Hannah Thrower is a wonderful artist who I’ve worked with before on posters and prop pieces for films of mine – so I’m always on the lookout for ways to collaborate with the talented people in my life. Doing an animation together seemed like the perfect way.

I’m picturing your conversation with Courtney Marie Andrews – “We’re going to make you a video…it’ll be ready in 2.5 years!” Were you aware of the extended production period going in?

Haha! No way – I probably expected it to take a couple months, tops. I knew 2500 frames was a lot, but I think like most artists, I can sometimes have overly optimistic delusions about projects. Obviously if someone was working on this project full-time it would have gone much, much faster, but since we both had other work to contend with, it had to be done slowly but surely in our spare time. Courtney had wonderful faith in us and was generally hands-off throughout the process. We weren’t on any sort of promotional time-table so we had a lot of freedom to take our time and get it right. Maintaining momentum was certainly an assignment I took on for the project. Although I find that to be an important job of a director on basically any production. Lots of motivational texts and phone calls over the years! Certainly there were times when everyone’s enthusiasm lagged, but I think we all knew how special it was going to be when it was finished. It also helped that we were assembling it as we went so we could show people partial cuts and their positive feedback was greatly encouraging.

I think like most artists, I can sometimes have overly optimistic delusions about projects.

How much did an interpretation of Courtney’s lyrics influence the images which build throughout the video?

The imagery is something Hannah mostly just created on her own. There are themes in the lyrics of the song that she certainly tried to capture throughout the video – ideas of traveling, nature, womanhood, the geography of the back roads of America – but very little of it was planned out beforehand. We talked from time to time about possible imagery ideas, but it generally sprang organically out of Hannah’s creativity as she moved forward frame by frame. The one part we did really plan out was the ending. Most of the video isn’t intentionally timed to the music, but we knew we needed to have it sync up for the end so we talked very specifically about the number of frames and what the images at the very end would be and I’m glad we did because I think that part especially turned out great.

You were L.A. based while Hannah worked on the canvas in North Carolina, how did that long distance partnership work? What tools assisted with the remote production process?

I’ll just say Dropbox is amazing. Hannah set up a studio space in a spare room at her house (which she actually transferred to a new house when she moved halfway through the process). Just a dark room, an easel, two shop lights and a Canon DSLR camera. It wasn’t the most professional of setups, but I was prepared to do some pretty aggressive clean-up work in post to make up for it. So she would do her work, snap photos as she went and send them to me via Dropbox. I would process them in After Effects, render out a preview of the current progress to send back so she could see what it was looking like and then she would start in on the next batch.

One of the visual joys of this piece is the wide variety of textures and materials which make up the images, how were those selected and combined?

Again, mostly instinct on Hannah’s part. We definitely talked at the beginning about wanting it to be more than just paint on the canvas so that was always a goal. Hannah is an amazing artist in several different mediums, most notably clay sculpture, so I knew that incorporating a variety of mixed-media processes would allow those skills to shine and also bring a great variety to the piece. So I made some suggestions of materials that could be used – fabric, origami, plant leaves – but she came up with the imagery that could make use of them.

Process wise, how did you plan and execute the transition from image to image knowing that each would have to build upon what went before? Were there creative restrictions imposed by this additive process?

There is quite a bit of pressure when you don’t have the ability to go back in the process at all. You have to be thinking ahead a little bit, but mostly Hannah’s creative intuition guided us through since we didn’t really plan it out that much from image to image. There are a couple tricks I used in post to tweak things somewhat. First, I did a decent amount of retiming by speeding up sections that were dragging a bit by cutting out frames. I also was able to edit out a small sequence towards the beginning that wasn’t working using some precise compositing and masking in After Effects. There are some physical concerns when using additive animation techniques such as allowing paint time to dry, the color of paint and glue changing as it dries and certain materials not wanting to stay in place after sitting for a length of time. These were things we dealt with fixing throughout production and post. But then there’s also the simple fact that Hannah was always working right on top of whatever came before so that unpredictable texture would always be there. But I think that’s more of a positive that adds visual interest than a negative.

A project of this length affords a massive skill jump from initiation to completion. Were there lessons learnt in the early stages which influenced the creative process down the line?

Definitely. I think you can track Hannah’s skill as an animator becoming much more sophisticated as she experimented with different images throughout the project. One of my personal favorite sections is the swimmer against the blue watery background. That is a really interesting piece of animation and one that I don’t think she could have imagined at the beginning of the project. There were also a lot of processes on my end that were developed in the beginning and became second nature by the end of it.

What was the clean up process you went through with the still frames to bring them all together?

So I would take the raw .cr2 files Hannah sent me out of the camera, drop those into After Effects as a 12fps image sequence, and start with a Warp Stabilizer pass to remove small changes in the camera position. Then I would create a transition to match the current sequence with the position and lighting of the previous one. Then a troubleshooting pass to create custom fixes for any fluctuations and extraneous frames and it would essentially be ready for export. I also created a proxy version of the completed portion as I went so that I wouldn’t have to render out from the massive raw files every time I exported. And then I did the final color correction in Premiere Pro.

I have a new short film shooting in April on a farm in Central California and then I’m developing a feature set in my home state of North Carolina.