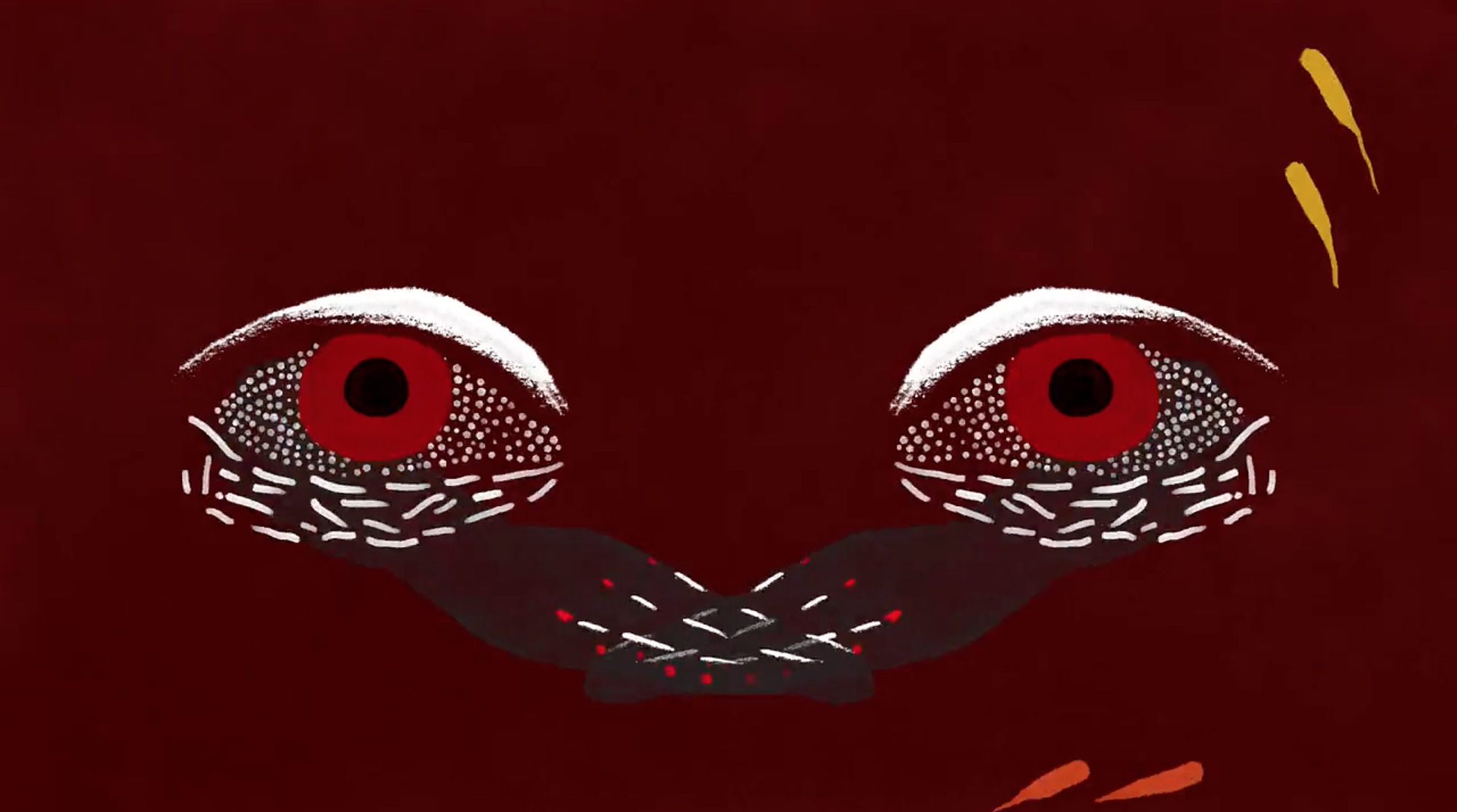 Energised by new found experiences in Australia after emigrating from their native France, Elsa Secco and Jonathan Guyader came together to form Sydney based art direction and motion design studio Eleven Keys. So when Elsa’s brother Geoffrey Secco used the country as the musical muse for his new album and approached them for a video for new track Whelk Song, it made perfect sense for the pair to draw inspiration from Aboriginal drawings and colours. Elsa joins us to explain how the pair tapped into the techniques and aesthetics of Aboriginal art to create an animated hallucinogenic trip of a music video.

Obviously these personal relationships have spanned years but how did this particular collaboration come to pass?

So Geoffrey (my brother), Jonathan and I, are French and we came together in Australia to live a new adventure. Geoffrey came to find new inspiration for his music, and new album. Jonathan (who is a really good illustrator – you can see more of his work here) and I are both Art Directors and Motion Designers, we met in Paris 6 years ago and when we came to Australia for a break and new experiences we decided to work together. Actually, Jon and I are still living in Australia.

There’s a real depth of history within Aboriginal culture and art what were the elements of you drew from for Whelk Song and how did those combine with Geoffrey’s shamanic experiences?

We wanted to create an hypnotic atmosphere, and as the music had been composed in Australia, it was obvious we had to create a video with Aboriginal art. We love it, and wanted to show that a very old culture and art could be used today in a new context. Despite its long history we think it’s still a very modern and colorful style. Also, we’d never seen animated Aboriginal drawings before and wanted to be the first ones to do it.

We’d never seen animated Aboriginal drawings before and wanted to be the first ones to do it.

We couldn’t express all of Geoffrey’s shamanic experiences using real Aboriginal drawings, so decided to create our illustrations with Aboriginal codes, like dots, colours, shapes, to give the illusion. Along the way we used real strings (at the beginning of the video), eaves, masks, characters (the hunter), body paintings, Uluru Mountain, and Goanna (the lizards). We rotoscoped footage we found of Aboriginal dances, eagles flying, and other videos, and created several assets. For example I filmed myself performing movements with my arms, painted my hands with Aboriginal drawings, we filmed legs walking in the sand, Geoffrey’s face doing a 360, and so on. We also read a lot of books – Spirit In Land – Bark Paintings From Arnhem Land by Judith Ryan, The Painters of the Wagilag Sisters Story 1937-1997 by National Gallery Of Australia, Australian Aboriginal Paintings by E.J.Brandl and Paint-Up by Amanda Ahern – to understand the meanings behind the art, and source some of the drawings.

How did Geoffrey react to your visual translation of his trip?
During his shamanic experiences, Geoffrey wrote down all his dreams and hallucinations, so we had 4 pages of scripts, ideas, and feelings. It was a very good basis for us. When we showed him the video, he was so impressed, because all the frames we drew, all the story we told, gave him the impression that he was reliving his trip again.

What’s next for Eleven Keys?

This music video is our first ‘personal’ project, meaning that Geoffrey trusted us and gave us ‘carte blanche’ so we could express ourselves and be really creative. We would love to find clients like this! Actually, we would love to create animations for events like projection mapping, live projections during concerts and also continue making music videos.