If you’re of a certain age and anything like me, you’ll probably share my obsession for Michael Jackson’s groundbreaking Thriller video. Throw into this an unhealthy infatuation with the Zombie genre (although you could easily presume the two fixations are intrinsically linked) and it’s easy to see why Henry Kaplan’s narrative music video We Together is something that really floats my boat. Set to Kerron Hurd’s surprisingly uplifting track, We Together blends strong production, hypnotic choreography and a post-apocalyptic setting to create a 7-minute watch that is energetic, entertaining and entrail-filled. Director Kaplan gives us a glimpse into the production process of his short

Though the film essentially turns into a music video halfway through its runtime, the writing process was the exact opposite of how a music video is made — that is, I wrote the script first and thereafter sought a musical collaborator. The composer I ultimately landed upon is Kerron Hurd — an anonymous-by-choice artist with virtually zero internet presence. I was connected to Kerron through a trusted friend in the European electronic scene, but in our dealings I never learned anything about Kerron’s real identity. In spite of this, Kerron and I hit it off in a major way — he really understood what I was trying to do — and it became clear to me very quickly that, whoever this dude is, he is some kind of low-key musical genius. Kerron proceeded to create the perfect track for the film, which was everything. Once I heard that track I knew that this thing in my head was real, and that it had to materialize somehow.

As soon as the music started he turned into some kind of alien.

From pre-production to post, the film took nine months to make. One of the first people I brought on board was Derek Nemechek, a choreographer whom I met through friends. I know nothing about dance, so Derek was enormously important both in translating my ideas into movement and just coming up with incredible choreography. Derek helped me cast the two main zombies — Martel Rudd (the main dude), and Kris McAfee (the dude who starts dancing later in the film). Martel was the first person we auditioned and he just knocked us out. As soon as the music started he turned into some kind of alien. And on top of that, he could krump. Kris was also one of the very first people we met with, and he blew us away with his expressive acting and 90s hip-hop moves. The dude could dance his ass off.

We rehearsed with the dancers once-a-week for three months. This extended rehearsal process was important for two reasons. First, it gave us a lot of time to develop the choreography. Every week, Derek would brilliantly refine the routine. Second, it simply allowed Martel and Kris to really know the choreography and to organically integrate the zombie characters. For Martel, in particular, I knew that what we were essentially trying to do was sell the special effect of “a zombie dancing.” This effect only works if you really believe you’re watching a zombie. And when he starts dancing, it can’t look like, “Oh, so that guy’s just a dancer…” He had to still be a zombie somehow, even when was dancing. This required two different skill-sets (dancing and acting) that had to be merged in the final performance. And three months of prep went a long way to making that happen as seamlessly as I think it appears in the film.

I spent about a month searching for something like a “mall parking lot” location, but ran into the predictable cost problem. Renting a location like that in LA is stupidly expensive. I started looking east and eventually discovered Riverside, which is about an hour from LA and happens to be incredibly film-friendly. The two wonderful women who run their film commission pointed me towards an abandoned animal shelter in town, where we could essentially shoot for $0. I brought along the film’s Production Designer (Eloise Ayala) and Cinematographer (Chris Ripley) to scout the location’s parking lot, and we devised a plan to make it work as the back-lot for some kind of suburban mall.

When shooting on film proved impossible budget-wise, Chris proposed something left-field: shooting this on the Sony F35, which is a nearly decade-old HD camera that is rarely used anymore.

I was talking with Chris about the project very early on, even before I had finished writing it. The look we imagined from the get-go was a specific late 90s, early 2000s shot-on-film-then-transferred-to-tape sort of thing. It’s how we remember Chris Cunningham, Joseph Kahn, and Hype Williams music videos that we’d see broadcast on MTV in 2001. When shooting on film proved impossible budget-wise, Chris proposed something left-field: shooting this on the Sony F35, which is a nearly decade-old HD camera that is rarely used anymore. Chris is good friends with a Director/Cinematographer named Macgregor who is a big advocate for the F35 and had turned him on to what it can do. In Chris’ own words:

“Our story hinged on movement, so we knew we wanted a camera that would capture motion in a crisp, filmlike way. Most digital cinema cameras use a CMOS sensor with a rolling shutter. Even the highest end ones with very fast refresh rates still sometimes exhibit subtle motion artifacts from the rolling shutter that make the fast motion feel mushy. The F35’s CCD sensor block has a global shutter, resolving motion as crisply as a film camera. On top of that, it has an incredibly filmlike way of handling exposure, with massive amounts of headroom in the highlights and deep, inky shadows. One of the interesting things about the film is that it’s a zombie story that mostly takes place in bright daytime. The apocalyptic aesthetic is bright harsh sunlight rather than gloom and shadows. So choosing a camera with a crazy amount of highlight headroom was essential.” 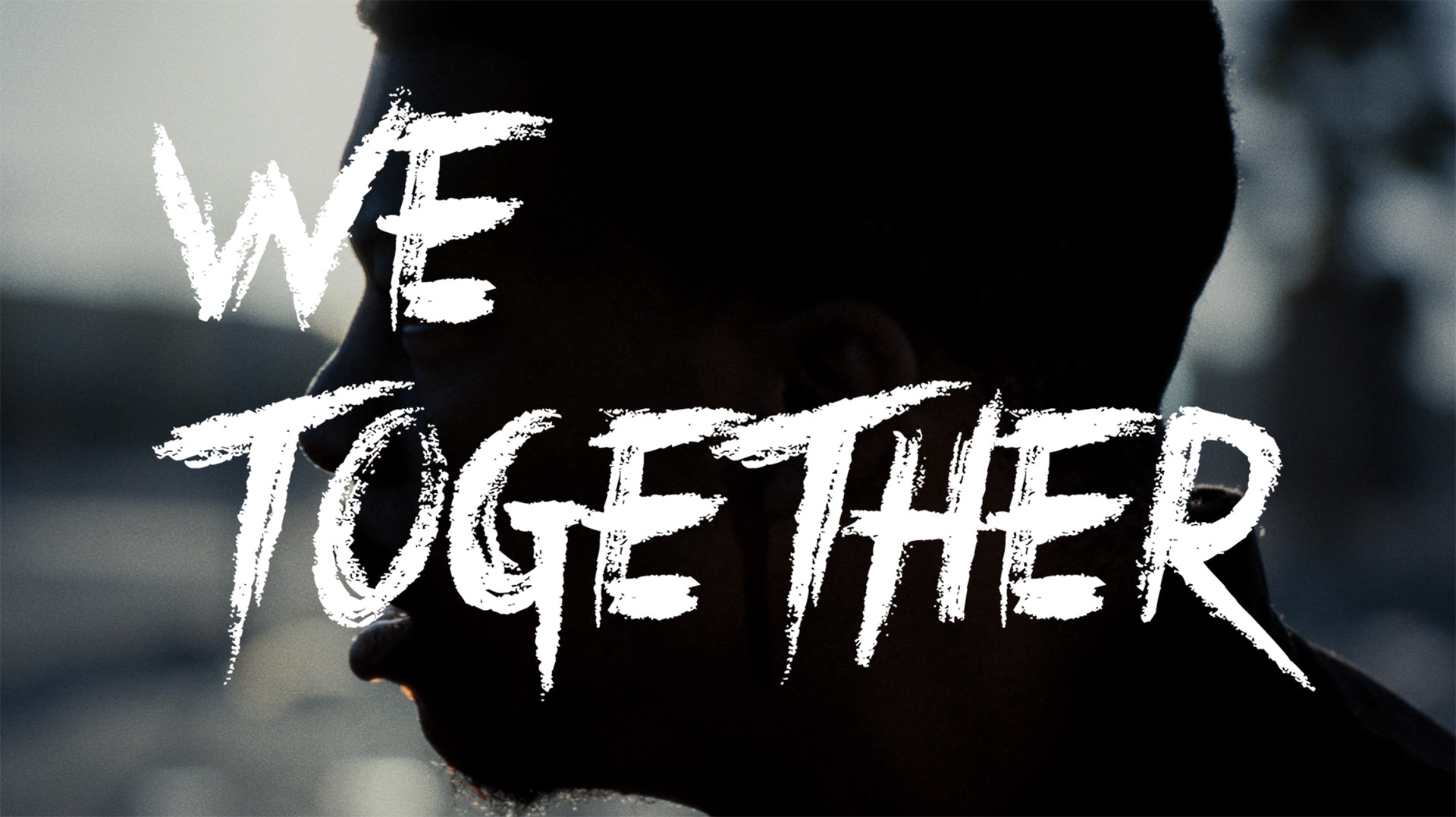 I brought makeup/SFX whiz Eric Fox (known for his work on Tim and Eric videos and stint on the reality show Face/Off) on board to help with the first scene’s gore FX. That very first shot required a custom body dummy (without a head) and a raised fake-concrete platform with a cut-out hole for the actor’s head to pop through. So the actor was submerged under the platform with just his head popping out, to create the effect that he and the body dummy were the same.

I had amazing producers on this film that ensured everyone was happy, healthy, and fed well (which is probably the most important thing on an indie film set)

The shoot itself was a monster of a production. I enlisted many friends and friends-of-friends in the LA industry to help out over five days in Riverside. We ended up pulling together an insanely dedicated crew and cast of over 20+ zombies/human survivors. The abandoned animal shelter where we filmed this was everything you’d imagine it to be — creepy, dark, and smelly. Everyday I thought there would surely be a mutiny but I had amazing producers on this film that ensured everyone was happy, healthy, and fed well (which is probably the most important thing on an indie film set.) The cast in particular seemed to bond and turned the whole production into some kind of summer camp. Some of them would ask to come back to set even on days when they weren’t scheduled. It was nuts.

You can see more of Henry’s work on his website henrykaplan.com