Your Mother and I

Not content with playing one of the lead’s in one of my favourite short film’s (playing the ‘Me’ in Ben Aston’s He Took His Skin Off for Me), Anna Maguire is also focusing her considerable talents on working behind the camera, with a series of impressive and distinct short films. The second piece from her directorial catalogue to feature on our site in 2016, we invited Anna back to tell us about her latest short Your Mother and I – a deceptively simple film based on a short story by Dave Eggers.

Synopsis: Johnna’s dad talks too much, and Johnna herself lives inside her head. Your Mother and I looks at the small moments that belie the larger tensions between families and generations, whilst Johnna’s dad recounts all the ways he and his wife changed the world. Or so he says.

Your Mother and I is a film I had some difficulty summarising, how would you describe it to someone who had never seen it?

It is an odd film, I don’t think it’s easily classifiable – hopefully it makes you laugh and cry! I guess I might say it’s a narrative that encompasses the micro and the macro and examines what it means to be close to someone and the difficulties that arise from closeness. Also, it explores ideas around ‘changing the world’ – both in an entertaining and more troubling way, and I hope this contrast allows us a window into looking at the narratives we have around what it means to live in a better world, as well as the privilege of people who can talk about it so flippantly as well as so passionately. 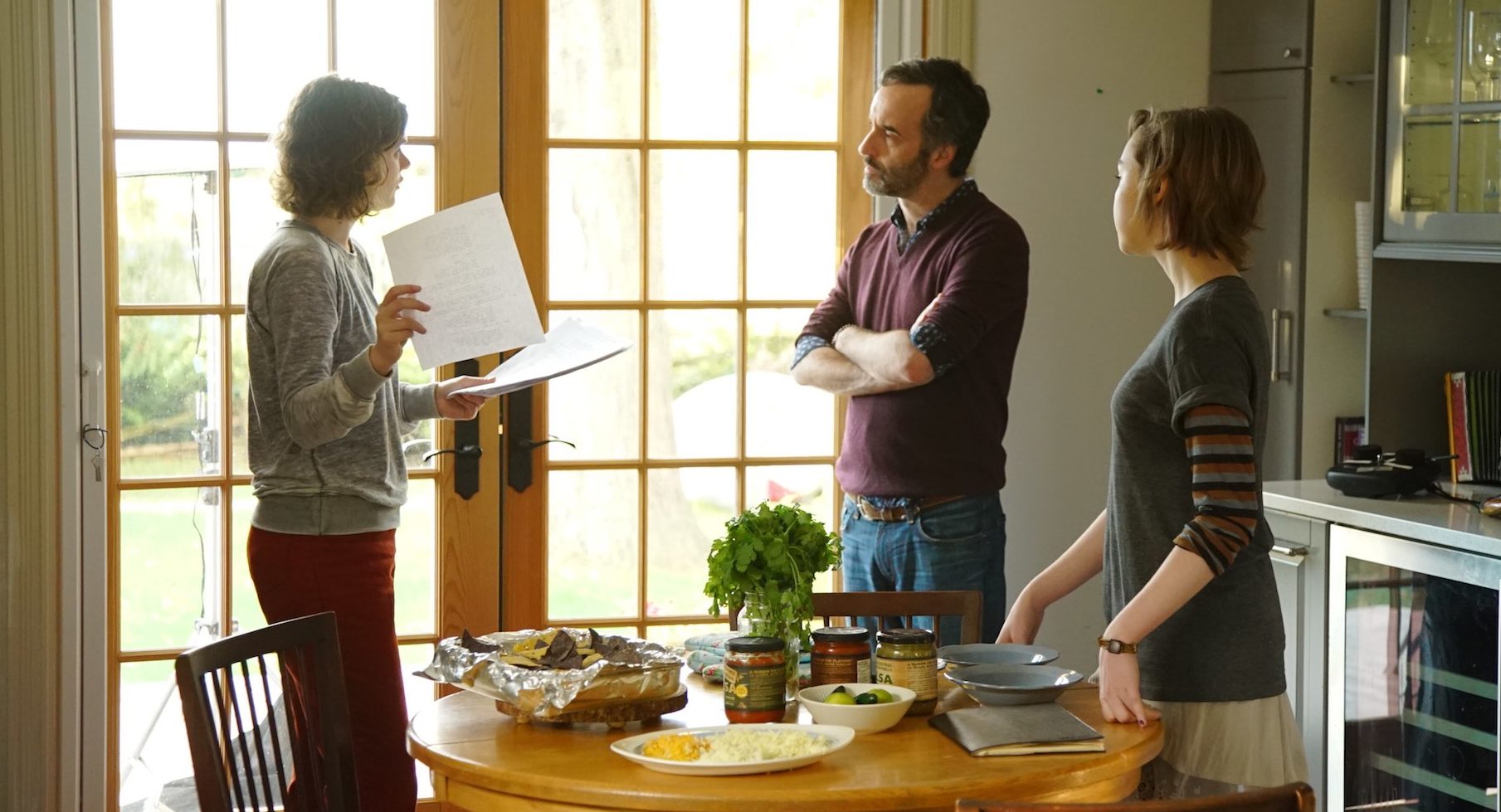 Your film is based on a short story by Dave Eggers, what was it about his narrative that appealed to you and made it feel like a good fit for a short film?

The first time the story entered my life, it was read out loud to me. That may be an important factor in my desire to turn it into a film actually! There was something very immediate about the prose, and when I first heard it, it felt like I was having an experience close to Johnna’s own one as she doesn’t say anything in the original short story at all, just responds non-verbally. As well as that, the actual content of the story intrigued me as it plays with the idea of changing the world in an earnest, sincere, ironic, troubling and downright funny way. The complexity of the content of the monologue is disguised through the simple and entertaining concept of a father telling his daughter about how he and his wife changed the world. I wanted to explore my version of it, but in a way that didn’t necessarily ‘fix’ one reading of the story.

I wanted to tell a story that only existed as long as the father was speaking.

I am also interested in the short story form. I feel that sometimes, short films aren’t given the same weight in the film world as the short story within the literary world. I realize that this is because film is often viewed as a mainly commercial exercise, and the short film is rarely financially successful, however if you view film as an art form, short form shouldn’t be discounted as merely a stepping stone to a feature, because there are some stories that can only exist for ten minutes, or even one minute! This is why I love the writer Lydia Davis, who has made a career of writing short stories that are often two lines long, but that exist as complete moments or insights. With Your Mother and I, I wanted to tell a story that only existed as long as the father was speaking. It is an ephemeral moment, a mundane moment really – a father and daughter making nachos for the family dinner – something that has probably happened repeatedly in these characters’ lives, however we are privy to it, to their lives, ever so briefly, and we get to hear about them, about Johnna’s mother, about their regrets and their loves, and then we are gone again, and it doesn’t matter whether the story the father is telling is true or not, because what we saw, a complex moment between a father and his daughter, is the thing that took place.

Watching your film, I couldn’t help but be impressed with the depth of reaction I was having to it, it feels both complex and surprisingly lighthearted – what do you hope an audiences takes away from a viewing of it?

I think what you said is exactly the experience I want people to have!! Though I don’t want to predict or impose a specific reaction to it. Some people won’t connect with it and that’s OK too. But for me it is about a lot of things, and this is something I want to explore in the work I make – how to tell stories that are about precise experiences that also encompass the depth and breadth of life. There have been lots of different reactions to the film, and I think they are all valid! On a basic level, I think the film presents itself as one thing, and reveals itself to be something slightly to the left of that, and I hope this encourages people to have some kind of reaction to it, but other than that, it’s all fair game!

The film is essentially a two-hander between Don McKellar and Julia Sarah Stone, how did you go about casting the pair and what do you feel their performances brought to the end product?

It was quite an organic process, as initially the film was going to be made in the UK, but when I got into The Canadian Film Centre in 2014, I moved to Canada for a while to attend. This was a blessing for Your Mother and I, as the film is a North American story, so the network of people I met out there made it possible for me to make an independent short somewhere other than London. I think the location and my experience out there served the story much more than trying to re-create North America in the UK. 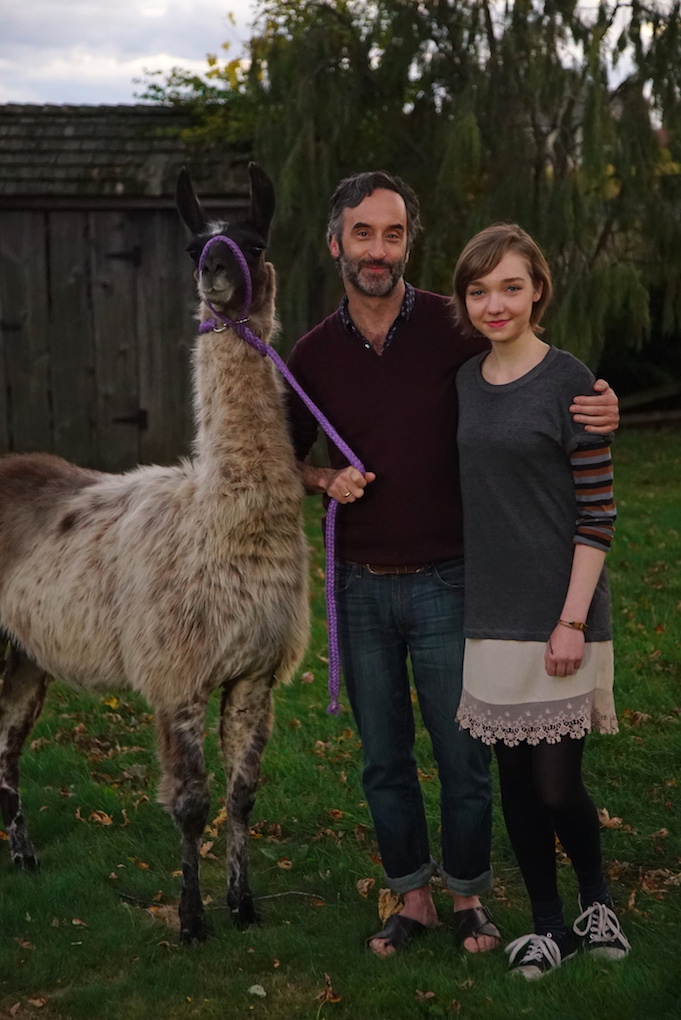 I actually auditioned for a show Don was directing and I wanted to watch a couple of episodes to get the tone of the show right. When I saw Don’s performance I thought ‘that’s the father!’ I managed to get the script to him through my agent, he connected with the story, we had a coffee and he kindly accepted the role. I am so grateful to him for coming on board for what was a wonderfully chaotic independent short film and for supporting me and young filmmaking talent in general. He was an integral guiding voice and was so generous with his time and his talent in really getting his teeth into a complex character and for trusting me to do his performance justice!

The film relies on layers of subtlety in performance, and both Don and Julia responded to each other in such natural and playful ways.

In terms of Julia, I went to see a screening of the film Wet Bum in which she stars, and it was a similar moment of ‘aha!’ with her too. She is such a subtle and engaging actress, and such a pleasure to work with, and both she and Don together managed to create a very believable intimacy over a very short space of time. So much of the film relies on layers of subtlety in performance, and both Don and Julia responded to each other in such natural and playful ways that I often felt I was working with a father and daughter on set. They are both remarkable performers.

Your Mother and I is playing the London Film Festival this month, have you screened the film to audiences and if so how has the reaction been?

We’ve been to two festivals so far – The Toronto International Film Festival, where the film premiered, and The Vancouver International Film Festival. The film was in a really interesting programme at TIFF, that spanned humour to a documentary about The White Helmets, a humanitarian organization operating out of Syria. So Your Mother and I was part of what I felt was quite an interesting debate or discussion at both screenings. I sadly wasn’t able to attend VIFF, but Julia Sarah Stone was there answering questions – she actually had three films at VIFF this year! We’re moving onto LFF now, which I’m so excited about, and since we’re in the competition, we get to play four times during the ten days, which hopefully means a lot of different people will get the chance to see the film. Our next stop is Cucalorus in North Carolina, and then back to the UK for The London Short Film Festival, and we hope to add more stops along the way… 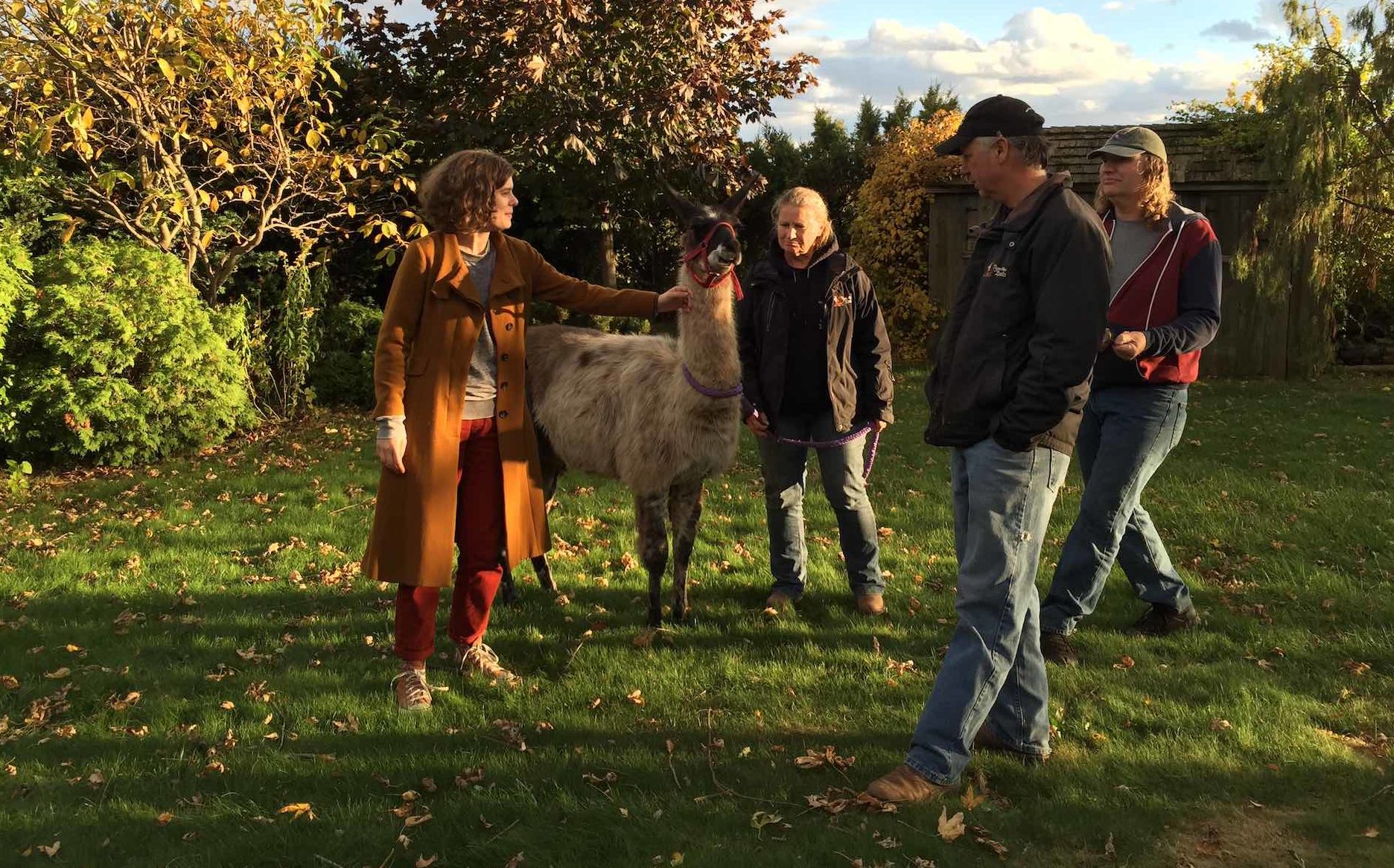 I’ve just finished a short documentary called The Sisters Tolchinski about Rose, an 100 year old woman and her three sisters. It explores ideas around ageing and what it means to have lived a remarkable life. I’m developing my next short with Producer Jessie Mangum, entitled Constellations about a young woman’s attempt at broadening her sexual experience whilst in a monogamous heteronormative relationship that isn’t predisposed to invite this type of exploration in. I’m also writing a feature film about a mother and daughter trying to come to terms with each other as well as their own internal experiences that features a lot of miniature houses (!), and I’m co-writing a feature film with Québécois Writer-Director Mathieu Denis. Lots of exciting things, I just hope that there’ll be some money to make them!