Rituals of Mine: Ride or Die 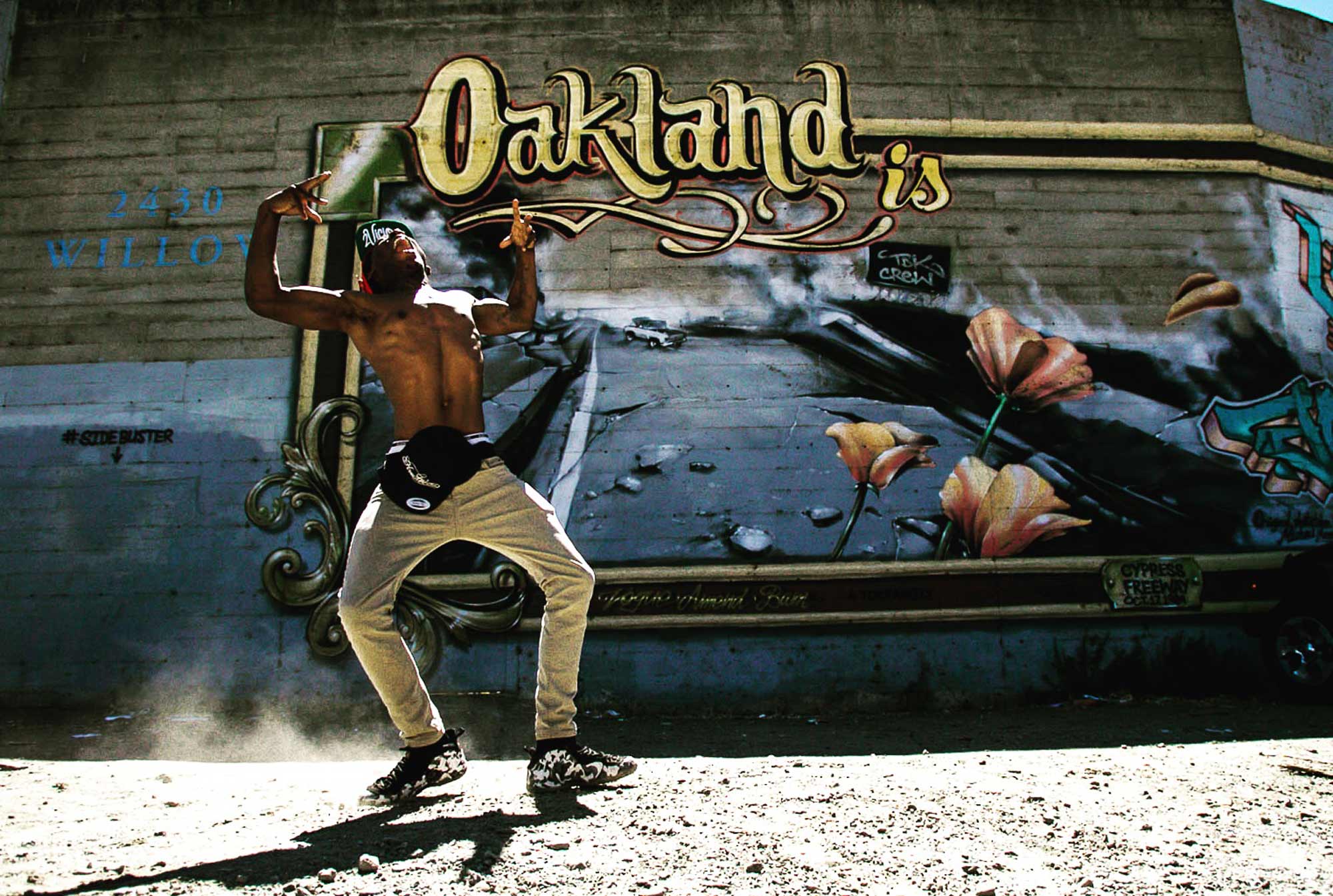 When filmmaker and photographer Ze’ev Waismann heard Rituals of Mine’s evocative Ride or Die track, it was clear that the city of Oakland with its diverse make up of cultures would be a fertile environment in which to create a motion photodocumentation style of music video, inspired by the director’s love of black and white street photography. DN invited Ze’ev to explain how the idea developed and the practical steps the production went through to adapt a typically studio based, high speed cinematography workflow to the needs of their run and gun, on location production.

The song RIDE OR DIE immediately conjured up images of street photography, and some of my favorite came to mind; Bruce Gilden and Boogie were particularly influential, and I set out to make a film that had that same emotional resonance. I really wanted to capture moments of expression and true emotion. In thinking about how we could apply the techniques of street photography to this project it went through a number of iterations.

I started thinking more openly about other B&W film projects that I loved and re-visited the opening to Tarsem Singh’s The Fall. I’ve always loved the ethereal quality of super high speed photography and thought we might be able to achieve some really compelling results shooting at speeds in excess of 800fps. With the Phantom Flex we were able to capture some unique moments of expression and connection and play those moments out beyond a still frame.

I was pitching them an untested concept with gear not designed for this kind of work, with very limited resources and no margin for error.

I submitted a treatment to the label that was a music video take on street photography, something that felt raw yet also highly stylized. I wanted the film to play between the grit and unvarnished quality of Oakland, the city where the band wrote their first album, but also aspire to something stylized that wasn’t completely rooted in reality. It wasn’t until I got on the phone with Terra Lopez and Dani Fernandez, the duo that is Rituals of Mine, that I thought I had a chance to make this project. I was pitching them an untested concept with gear not designed for this kind of work, with very limited resources and no margin for error. But after our initial conversation it seemed like the band were all in, and with the support of the label we set off to see what we could capture in Oakland.

Oakland didn’t disappoint. We had a few set-ups planned; some moments we knew we wanted to capture in a more stylized way that were particularly unique and touched on social issues that we couldn’t neglect. But most of the shots in the video were happenstance – people we found on the streets, preaching, or popping wheelies in an empty parking lot. Every corner in Oakland has something to offer, and we shot for four days – simply running up to people and capturing as many moments and vignettes as we could in an attempt to create a piece that felt interwoven and connected, reflecting the differing lives and communities to be found in Oakland.

The idea was to capture a moment in time for a cross section of people. Each vignette a frame, each frame a story showing depth and a range of experiences of life. The scenes would portray an Oakland where life flows in and out through open windows – part of an overlapping progression, an evocation of life in a textured community. It’s the beauty of everything, no matter how small and imperfect, that is of importance here – it exemplifies how a story can be told purely through details. It’s more about the relation between the details, than the details themselves. It’s not the images, but the connections between them, that tell the story.

From a technical standpoint this shoot presented multiple challenges. Shooting at such high speeds chews up huge amount of light, so we made the conscious decision to shoot the whole video solely in daytime exterior locations. The Phantom also has an unusual method of recording that actually ended up being perfect for capturing great moments that were fleeting. The Phantom constantly records three second clips at a time and stores that info on the internal hard drive. Every three seconds it records over the previous three seconds in a constant loop. With the ‘post-trigger’ enabled we’d wait until we saw a moment we wanted to capture and then immediately trigger the camera to stop the re-recording process and thus capture everything that had happened three second prior. Panavision also fitted our camera with a 24v battery belt and a wireless trim/save system so we were free from cables and able to walk the streets handheld.

The camera team’s efficiency and focus also can’t be understated. The fully built out Phantom was far from lightweight and designed for docu-style/run and gun, and so Eli Arenson (Cinematographer), Jessica Pantoja (1st AC), and Leo Reyes (Phantom Tech) all had to work in perfect sync and be constantly ready if we saw something to make sure the shots were framed, in focus and captured – no small feat. We shot on Panavision Low Ratio Zooms (15-40mm, 27-75mm, 60-125mm) and a Panavision Ultra Speed 50mm T1.0 for portraiture and if we got in trouble with low light situations.

Ultimately our gamble paid off and, thanks to the city of Oakland and our amazing crew (including our Producer Marie Rodriguez and Co-ordinator Brea Kellam), I think we did justice to the song and hopefully created something that might make people look at their own city in a new light.