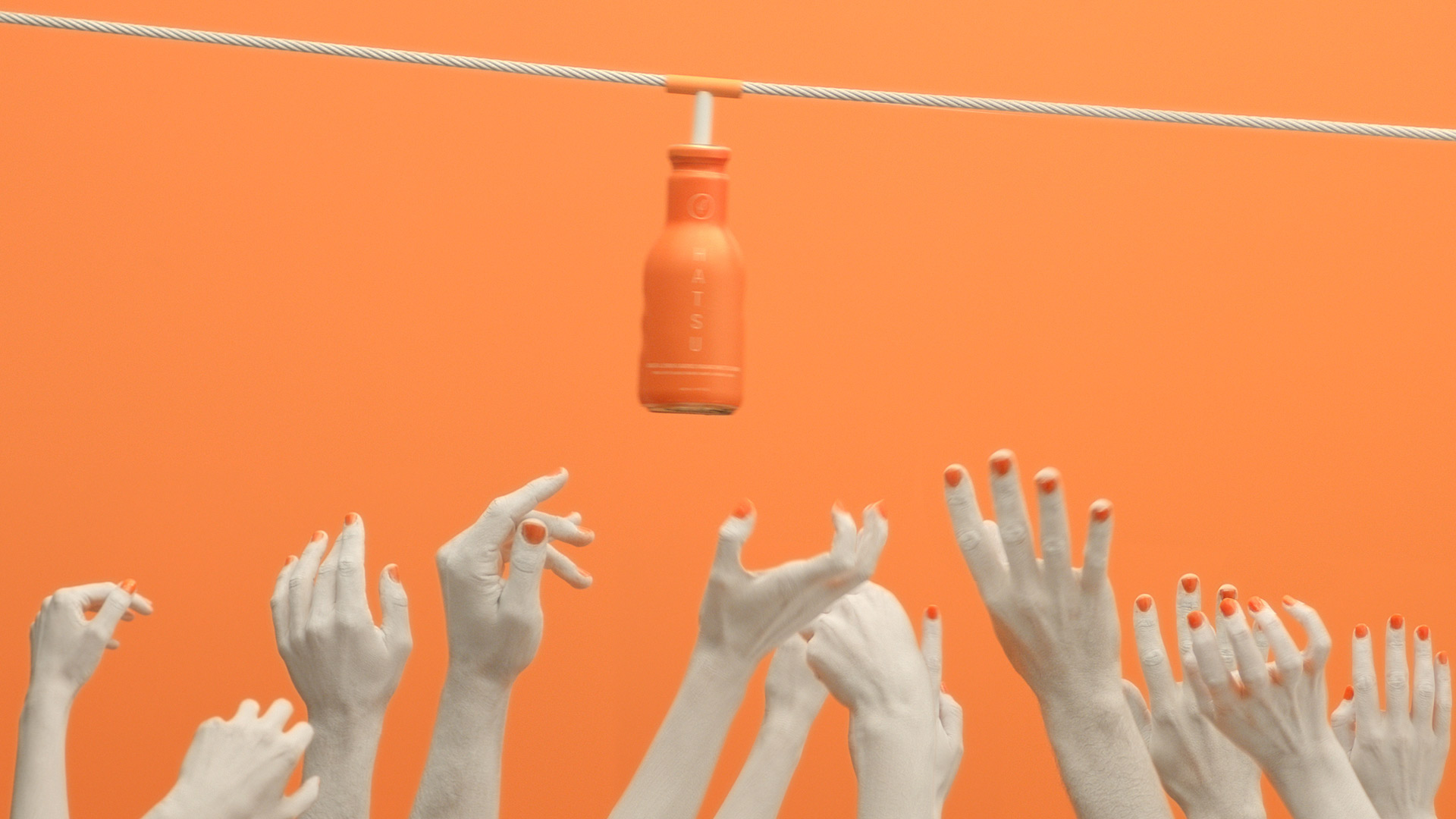 After sitting at the helm of successful Buenos Aires motion graphics company Plenty for 6 years, Pablo Alfieri heeded the call to return to the world of freelance commissions – combining his love of art direction, set design and typography into the role of live action/stop motion director. His latest project Better Together, sees the director combine his passions in a surreal ad spot for Hatsu. Wanting to learn how he put the physical pieces of this bottles in motion project together, as well as why he was compelled to head out on his own again, we invited Pablo to tell us more.

This is an ad spot brimming with creativity, what was your initial brief?

The brief was totally open from the very beginning of our relationship with the client. We created a couple of campaigns across 2016 where Hatsu was linked with different art, culture, music, design, technologies and fashion movements. For this specific piece the client wanted to show the attributes of each product with the bottle linked within the same set of typographic layouts, cause not all the bottles are organic for example. So the main idea was to become to real a handcraft production of different sets where the Hatsu Bottles would be travelling and showing the different attributes of the product family. Using a fancy and pop combination of the hatsu colors. This idea was vinculated to the first spot we made were we also took a travel with the bottle approach but using 3D CGI animation.

What were the challenges of creating such a physically interlinked project?

It was a big challenge to produce it in only 1 month. However a good starting point was that the guys from Can Can Club are pretty talented guys and super enthusiastic, like me, so there was no doubt that we could do it. And after an amazing and super effective pre-production and a pretty fun and awesome 2 days shooting, we achieved the goal! With regards to the hardware and software needed for the project, we designed everything in Cinema 4D, then we shot with an Alexa for the live action shoots and a Canon 5D for the stop motion shoots. After Effects was used for clean up and post production.

After 6 years doing digital films I need a time to do the thing with my hands!

Another very challenging issue, specially for myself was how to convey all my ideas of the mechanisms and sets design to the team. As I’m my own Art Director I could design all the stages at 1:1 scale, use the same lens as the shoot to be pretty sure that everything could work and fit in our stages. If you take a look to the making of you can see that the real sets are pretty similar to the 3D sets I designed! To see everything come true was awesome!

What prompted you to step away from the motion graphics studio you founded Plenty and return to freelance work under the newly revived Playful banner?

It was the most difficult decision in my life, but 2014 was a shitty year for me and I had to question myself about why Plenty, as one of the best motion studios in the world, with an incredible potential don’t make me happy. I realize that after 6 years of amazing projects, projects that I loved and lived for, they are not the projects that I love to do right now. Across these years I could become an Art Director and then a kind of Creative Director but for the broadcast business.

Right now I want my 3D designs to come true. I’m passionate about set design, handcraft realisations, real mechanism and stop motion. So Plenty didn’t fulfil that role anymore and so I decide to move forward and revive Playful with a brand new focus on Art Direction for commercial brands at the beginning to become the place were I could direct my experimental short films and still life projects between the TV commercials for my clients. 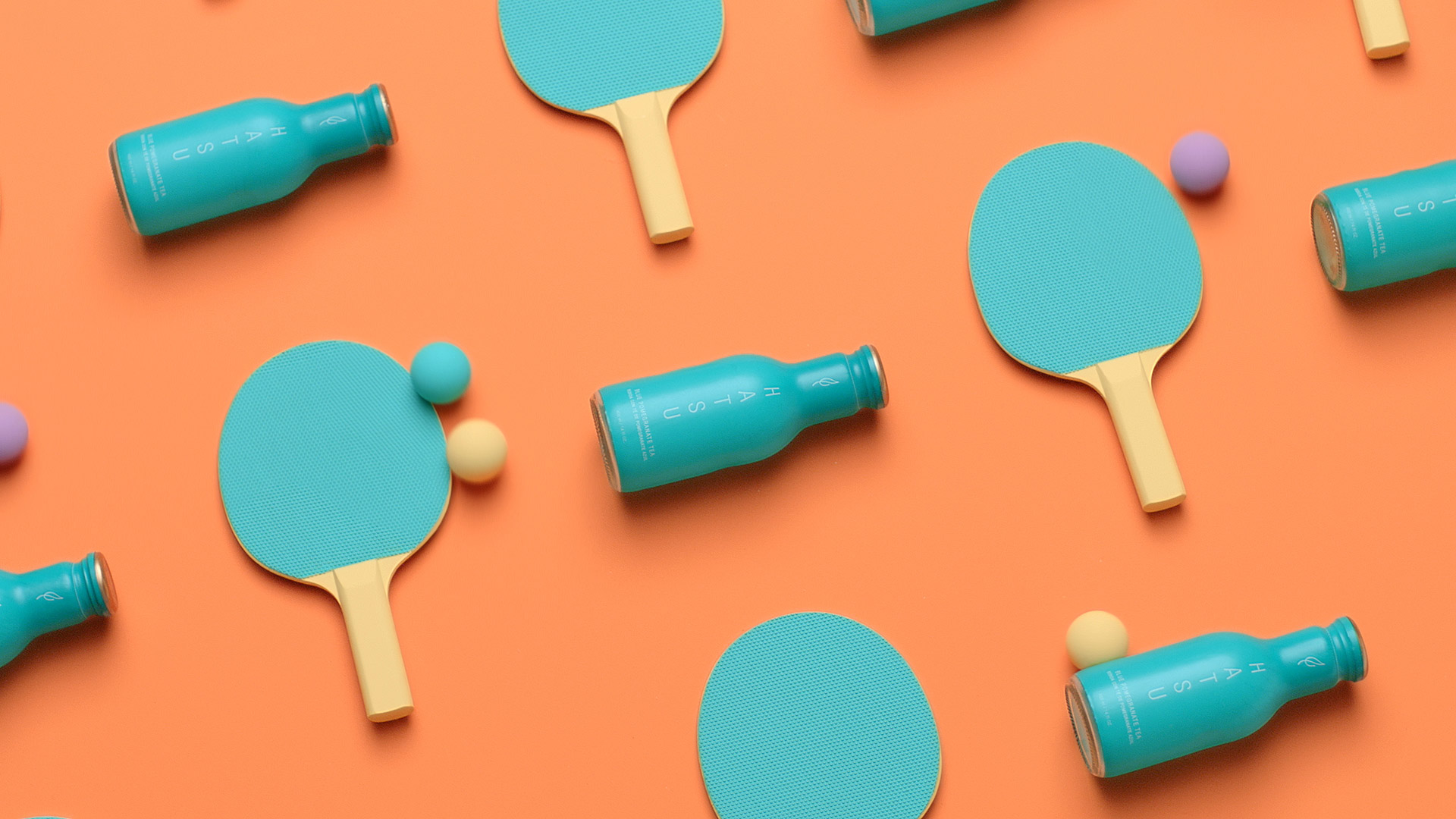 Are there any specific projects coming up which you’re looking forward to?

2017 will be an exciting year! I have at least one personal project to produce – a solo exhibition with a little short film and some fine art prints. Hopefully a lot of new clients want to work with my this year to do better and big things! The idea is to do bigger sets and more complex films where we can link stop motion and live action videos instead of CGI. After 6 years doing digital films I need a time to do the thing with my hands!