Back from his summer sabbatical Alan Masferrer closes out the year with a delightful slice of 80s reference fun, in his sexy music video for Oliver’s Electrify. Alan and I talk retro stylings, hidden references, and rabbits – lots and lots of rabbits!

What prompted the concept of creating a promo peppered with 80s references?

I felt very excited about the idea to merge some of my favourite movies, but at the same time it was a bit tricky as most of them are very overexploited, so I tried to link them in an unexpected narrative. Most people think that the elements appear randomly and that has surprised me pleasantly because I thought I was being too linear. 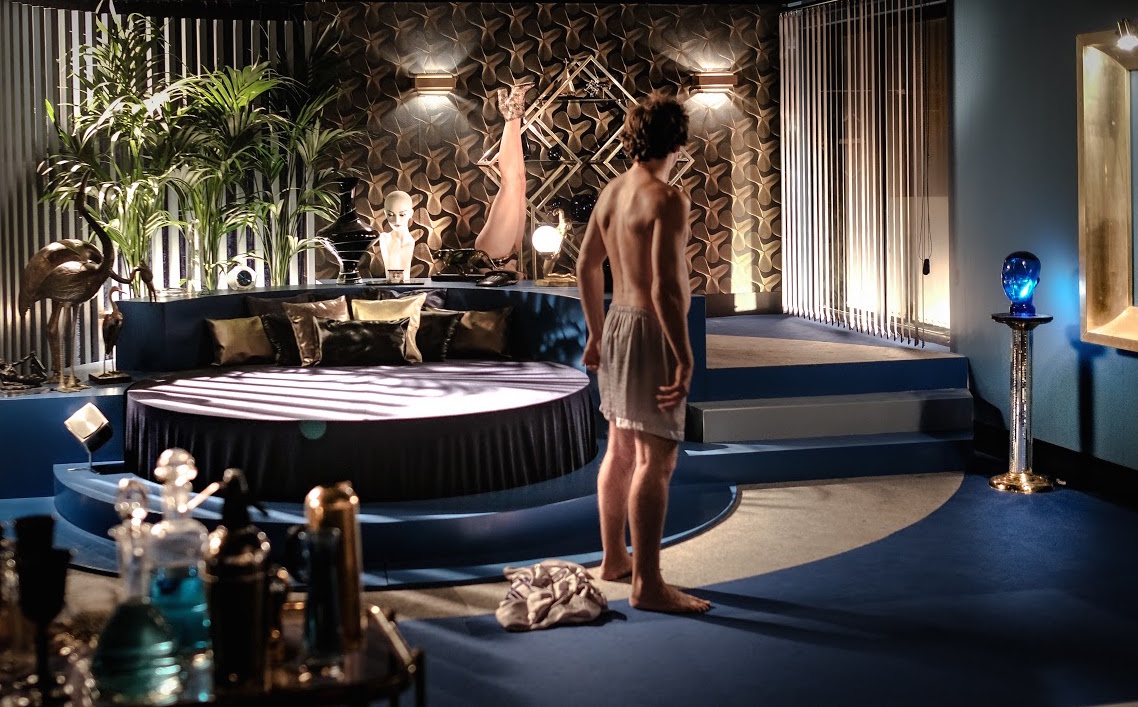 Did we also spot some self-referential shots in there?

Yes, and I had never done that before, but as the concept was to do that kind of connection between different references and new things, I thought it’d be funny to add some of mine too. It was also a way to close a circle with my last jobs, like drawing a constellation with them.

How difficult was it to get all those rabbits to hit their marks?

That part was really surreal. We had been shooting for more than 16 hours and everybody was obviously exhausted, so we really needed to do it quickly. I thought that they’d try to escape as soon as we released them on the set, but they did the opposite, they were scared probably. We had to be calm and wait to let them gain confidence, and then they started to move randomly. We shot this scene with two cameras to save time and my amazing and tireless 1st AD Didac Meya helped a lot moving them around the set.

How much post work was needed to seamlessly tie all the set pieces together?

Some parts are created with CGI, like the bubbles with the guy’s reflection at the first chorus and the android’s head, but what took more time was the composition work, like the transition of the set with the eye of the girl, the explosion of the rabbit and especially the integration of the TVs. I really wanted to make them look credible and it became much more complicated than we expected for several reasons. Luckily the Glassworks team from Barcelona put all their effort in to help us and they made everything look brilliant. It was a real luxury to count on them.

What projects will the new year bring?

I’m very excited about how everything is going. I’m trying to make a step forward in commercials and I am focused on that, but I will come back to music videos as soon as I have some time for it, I love them and hopefully I can do many more next year.