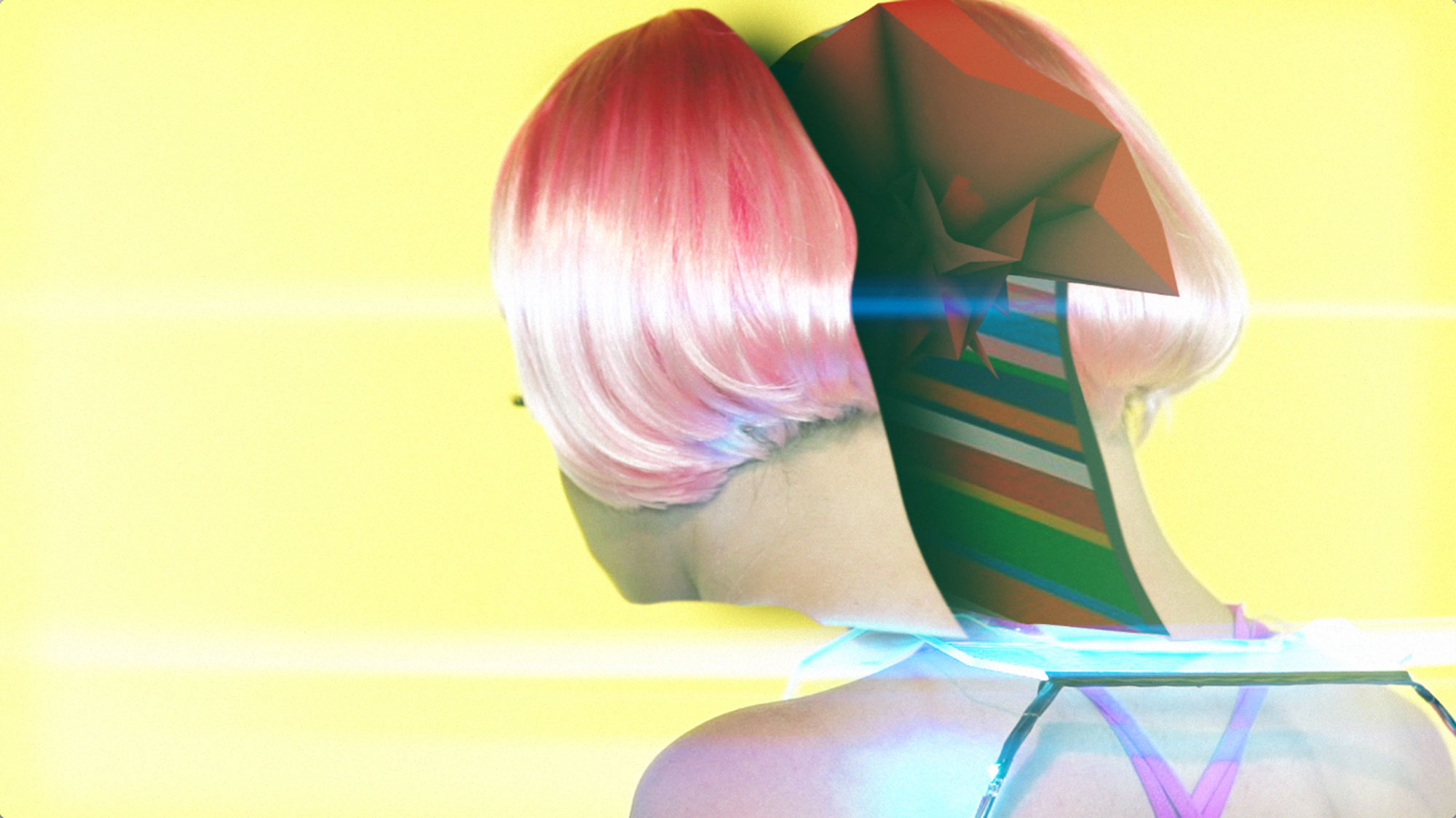 Diverging from the the floating tranquility of their previous collaboration, Director David Dutton (creator of the much watched 8-Bit Cinema series) and Bassnectar go all out in a glitch filled, futuristic promo for rush of adrenaline track TKO. DN asked David to shine a light on this project which saw him bring his future fashion photography to fierce robo-motion life.

I had just finished a music video for Bassnectar (Reaching Out) that was very dreamy and slow paced. It had a girl floating in the center of a giant abandoned train station. After releasing the video, Bassnectar asked me if there were any crazy ideas I wanted to try out. He liked some of the experimental photography I do – I like to mix visual effects with future-modern fashion. So we agreed to make a bombastic video of that style. Here are some examples of my photography work that I used in the treatment:

So next I teamed up with my friends Geneive Jaramillla and Ben Morgenstern, and gave them my notes about the wardrobe and style I wanted. Gen created the ladies’ look, and Ben came up with the LED panel parts. I’m not sure how he does it, but when you scratch a design into the transparent plastic, light shimmers through the cuts.

Bassnectar’s one request was to have the characters shot on colorful backdrops, so we shot in a studio with paper backdrops instead of finding a particular location. It made for an easier shoot though. With the addition of the LED wardrobe, and the heavy wiring that came with it, the theme of the video became very digital future, and the direction for the actors become more and more droid like… which matches the motion graphics really well.

Getting an explanation of the LED cuffs

For the two featured performers… that was the tricky part! Both of them were on tour and very busy so I thought of a way they could be involved without bothering them too much (and just getting something back). I asked that they have any person shoot them rap their verse against a white wall. From there I would do some voodoo magic using Trapcode Form that would take their gray channels and turn them into a vector mass. So the video quality wouldn’t matter – just a good performance. I got Zumbi’s pretty quick, but Rye Rye was tougher. Then on the fourth of July I saw on Instagram that she had just finished a show in San Francisco and was waiting at her hotel to fly home. I emailed her and had an hour window to shoot her. I left my family BBQ and raced downtown and shot her for 15 minutes in an alley next to the hotel. haha… but you can’t really tell in the finished product. The raw footage is actually kind of silly.

Bassnectar asked me if there were any crazy ideas I wanted to try out.

We shot the entire video with the Sony FS700. It’s great with super slow motion while maintaining a good dynamic range. The second most notable pieces of gear were the wardrobes and all the batteries plugged into them. In post I boosted all the wardrobe lights up, and then tracked in all the motion graphics. I wanted everything to be sensitive to the beat heavy music, so I used a Red Giant plugin that creates keyframes to the bass and treble. From there the motion and evolution of the different visuals would parent to that data. I did all the VFX in After Effects with heavy use of the Trapcode Suite.

The shoot was only a day, but post took about a month…. and the back and forth between Bassnectar’s team took another month or two. The main issue was the pacing. I always saw the video with slow motion shots, and gradual push-ins. They wanted fast cuts, and fast action. My actors were mainly static on the shoot, with subtle movements, so making the change was very difficult! Luckily I had a few long takes I did in normal motion where they just danced and messed around before we removed their gear. A lot of that stuff made it into the final cut even though it was only 5% of what they did. But I’m happy with the final version we agreed on. It opened up some ideas that I hadn’t thought of, but was impactful in the end. Thank God for the resolution, though.