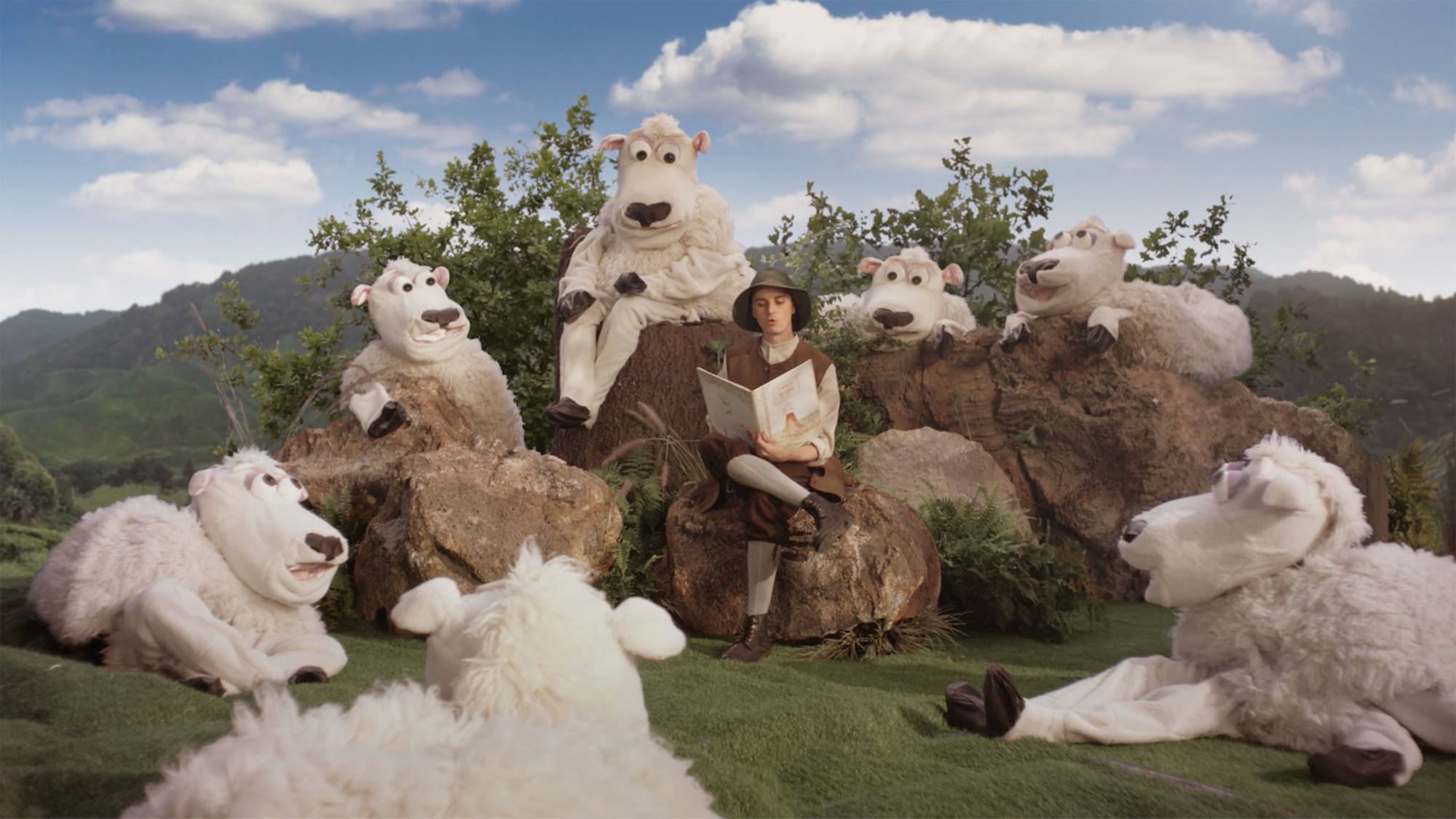 No stranger to us here at Directors Notes, Carlos Lopez Estrada has featured on our pages many times due to his inventive and visually striking projects which have seen him stand out within the crowded music video industry. His latest project Stick to Your Guns is no different, and sees Carlos team up with Watsky for the fourth time, to create a video which explores the dark social issue of gun violence, using the inherent innocence of sheep as his narrative tool. DN caught up with Carlos to discuss his visual tone, the coneptual interplay of innocence and violence and what it took to bring his latest vision to life.

Like some of your previous work, the visual imagery and mood of Stick to Your Guns is very striking and goes for a darker tone, is this something you naturally gravitate to?

I guess it must be so? I realise my interests are definitely split between colourful childish things like Disney classics and then much more dramatic stuff like… like… Tennessee Williams? I like to think there is a world where those two intersect and that is where I want to live forever.

How did the premise of entering an exploration of the nature of gun violence through the innocent practice of counting sheep develop from the song’s lyrics?

The lyrics of the song are incredibly specific so I tried to think of an allegorical way to depict the themes in the song without being too bleak or graphic. The song talks about sheep in the lyrics and the quality of the music is almost lullaby-like. I think that’s how it all began.

VFX wise, this was also a monster job. There isn’t a single shot in the video that didn’t require visual effects.

How much collaboration over the concept and production did you have with Watsky? This is the fourth video you’ve made together over a relatively short amount of time, how has your partnership developed across the projects?

We actually shot 3 out of the 4 videos in Mexico City over a weekend in the summer. It was the craziest weekend of my life and I think we probably shot for over 40 hours in 3 days, which is insane. The crew worked so hard and we were all crazy delirious towards the end. It was a blast. George (Watsky) is an incredibly creative individual, but he made it clear from the beginning that he wanted me to take the lead on these and was blindly trusting throughout the process. He had usually either directed, co-directed or creative directed most of his videos so I think he wanted to step outside of his comfort zone by letting someone else step behind the camera. He was a great sounding board, always offered great ideas and was very present from beginning to end. It honestly has been one of the most gratifying Artist-Director relationships I’ve had to date and I’m very happy with all the videos we’ve done together. 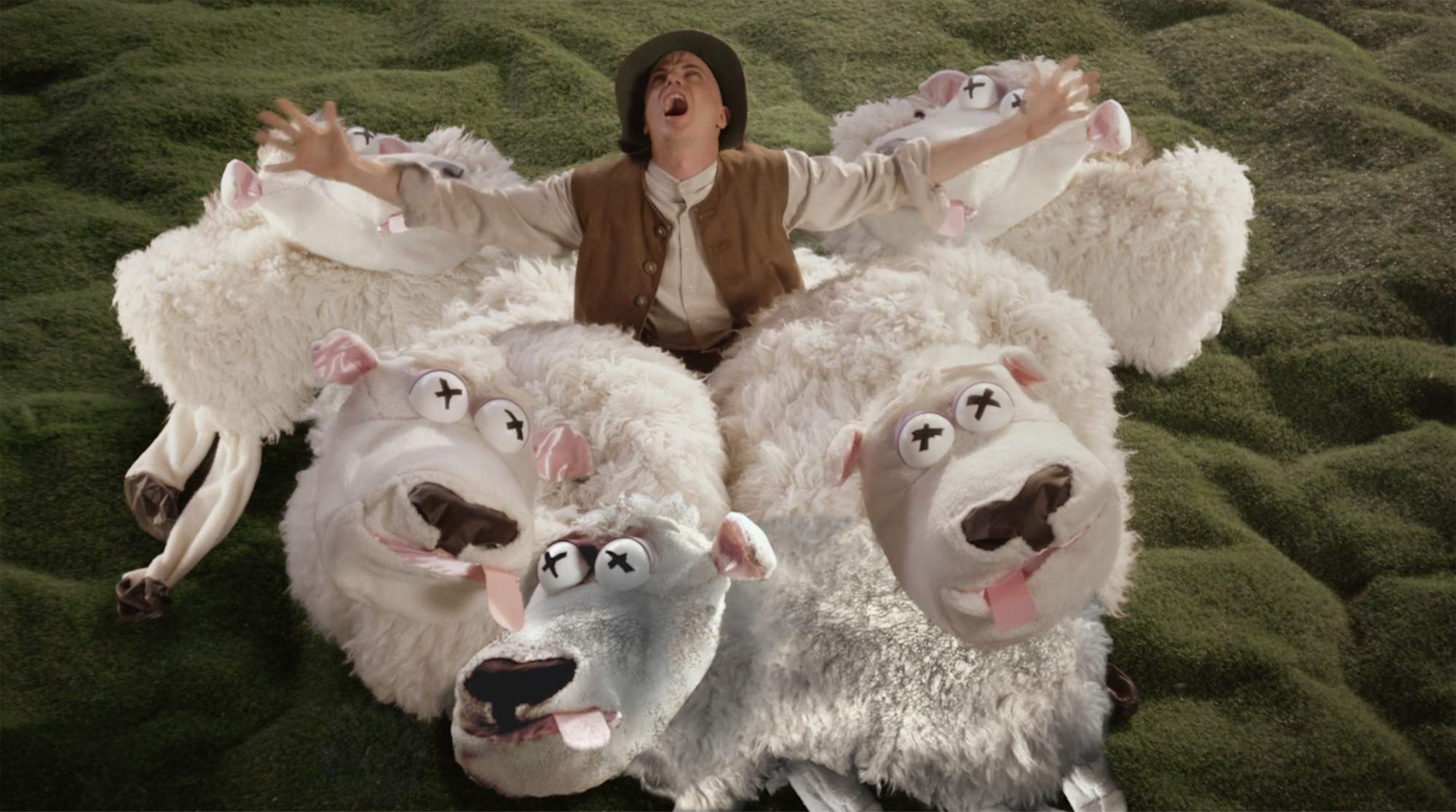 The sheep design is a bold approach which stays in the mind. How did you and Costume Designer Cristina Bercovitz arrive at that look?

We looked at many plush sheep for inspiration. Although Watsky kept saying these looked a lot like the Wallace and Gromit sheep (they do), we did not steal their look! I think.

Compared to other music videos you’ve directed in the past, how did this one relate on and off set in terms of difficulty, new challenges and workflow?

The set we built for this video was gigantic. I don’t think it reads as very large on camera…but it was a huge thing. Our production designer had to purchase so many rolls of AstroTurf and build so many custom rocks for this. It was a big physical labor for our art department who did a really wonderful job. VFX wise, this was also a monster job. There isn’t a single shot in the video that didn’t require visual effects. We also didn’t have a lot of money to pay our VFX artist, which didn’t help, so the deal we worked out involved an extremely loose timeline. It took us 6 months to finish the video. 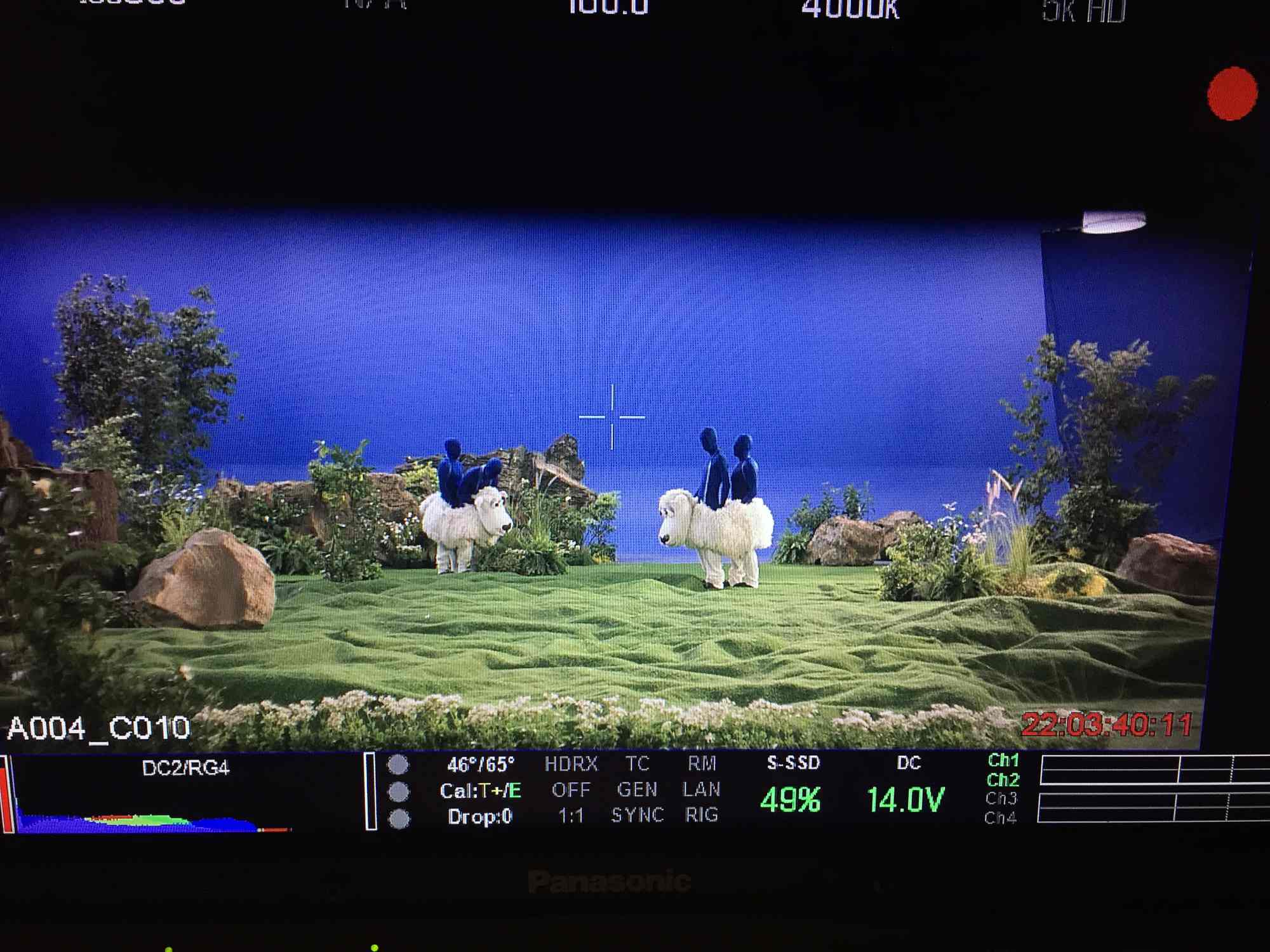 Is the Roses video you shot for Elena Pinderhughes due soon, and can we get any more hints about the mysterious series you teased last time? Is there anything else we should be on the look out for?

I am not allowed to speak about either! But I can tell you that we are working on a 4 volume animated video with Watsky that I am extremely excited about. We just finished the first video today and should be releasing it in the next few weeks.