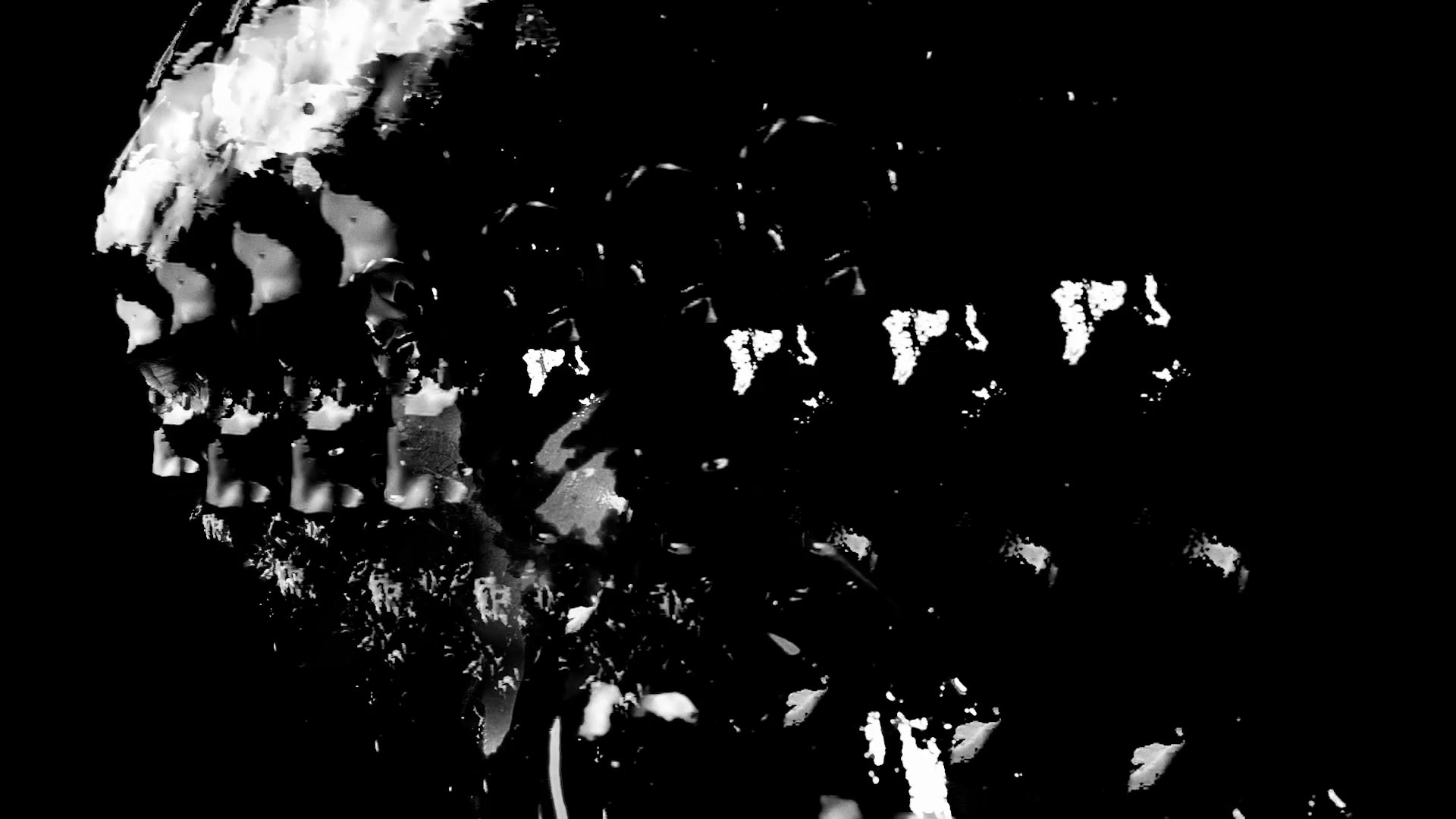 Reprising his creative partnership with Gabriel Iglesias which began with their prophet of doom promo Jeremias, Matheus Siqueira returns to Directors Notes with abstract music video Pedra. Below Matheus reveals how the project was dramatically transformed when a cancer diagnosis forced him to reinterpret his footage and find a deeper, more personal meaning in the lyrics to convey on screen.

The music video for Pedra from the start was written in a way that we could shoot it all in a day within a studio. The music itself is very metaphoric as it talks about unravelling the characteristics that make us human, the name is ‘Pedra’ because it means stone in Portuguese and in the chorus Gabriel Iglesias sings about our transformation from “Stone to Flesh”.

The biggest challenge when developing a concept for such strong metaphoric music was to create and explore a new layer to this metaphor?! In the research phase, I came across the incredible work Schöpfung Aus Dem Wassertropfen (Creation out of a Waterdrop) by the German photographer Gustav Schenk. This is a book from 1954 where with a macro lens the photographer explored the mysteries of the universe through 1cm of flowing water. It’s amazing! The whole concept was that from diving into the micro nuances we could explore the bigger picture.

This is the power of art, to carry an infinite number of symbolisms and meanings that mean different things to different people.

Of course, since 1954 this has been repeated a lot of times and just going on to Vimeo you can find some very nice macro works with liquids. But although most of these are very beautiful and visually compelling they missed the potential of acquiring this kind of ‘cosmic’ symbolization. So from here, the concept developed into working not only at a macro level but also exploring this human transformation.

We shot it on Canon C300 MK II with Canon CN-E lenses for most shots and the Canon 100mm f/2.8L Macro. We also had a minijib and a 4x HDMI lights. The shoot was quite fun as we had to literally cook the chroma-key paint. After spending a couple of days searching for chroma-key paint that could be exposed to skin for long periods of time and not finding anything I decided to go the DIY route. We mixed 30 litres of milk with flour, baked it to the right consistency and added food coloring until we had the hue needed for the chroma-key in post.

This was shot in February 2016 and due to other works ended up on the TO-EDIT list. A couple of months later I discovered that I had testicular cancer and had to undergo chemotherapy for 3 months. The upside of this was that suddenly I had to stay at home and drop all of my other works. During this time I edited the music video to the original idea that I had in February, but it wasn’t speaking to me.

The original idea was to chroma-key the paint and insert stone related images (lava, molten rocks, etc.). On paper it was nice, but once I finished the VFX and watched the whole thing it was empty, devoid of any deeper meaning. Just didn’t really touch me, so I started to think how could I use all the footage captured in a new way.

I was using some pretty heavy drugs and my headspace had completely changed from when I first shot this clip. One of the drugs that I was taking made my head feel like a metal tin can and induced some really strong sensations. It’s hard to explain but at various times I felt as if I was outside of my body looking down into me. I felt that at a level this whole experience I was going through could also be related to the music video. So I recut everything and explored this ‘3D vision’ that I was feeling, for me the metaphor in the music from “Stone to Flesh” took a whole new meaning of getting cured, getting sane, getting rid of the cancer. 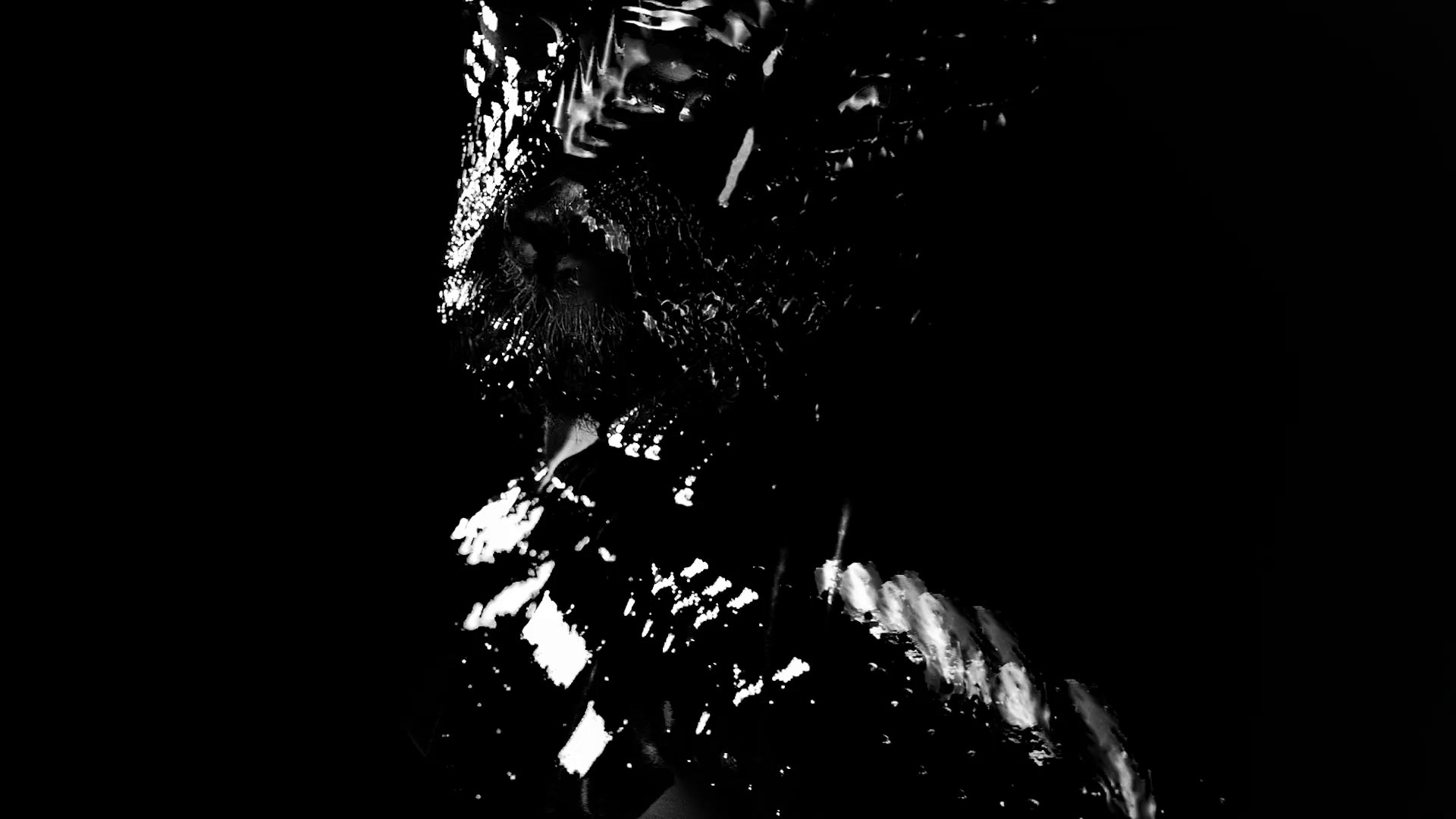 This layered 3D vision came from one the things that I was most unhappy about the original idea. Our chroma-key DIY paint reflected a lot of the lights. When I applied the images on the chroma-key it left this kind of plastic feel due to the shining reflections. It was really annoying! After a couple of days battling in After Effects to minimize it, I decided to accept them and try a different approach.

What if I only left these reflections? They were giving shape to the body, so I spent a week trying different ideas on how to transform what initially was a flaw into the whole new narrative. While playing around I remembered an article on video games and parallax scrolling and went into testing how parallax could be used with these scenes. The idea of parallax fitted perfectly not only with the shots that I had but also on how to express what I was feeling at that moment.

So to achieve that I basically cut out everything (had to rotoscope the whole background) and created a layer of the body and another only of the reflections. I then created 5 layers of the reflections and played around with the scale, size and movement and synced them all up to create the parallax effect that I was looking into.

All the keying and rotoscoping was done in After Effects. And the parallax effect was done inside Adobe Premier itself as it was only very basic scale and movement. The final grade was done in Davinci Resolve. As I’m not a VFX expert this was probably the longest way I could have done this, but it worked!

Since the first minute or so was basically these very abstract images, I was quite worried that most viewers would leave before figuring out that these images are actually of Gabriel’s body. So my order and structure on the first level was the reveal and on a second level clueing in what was actually happening by inserting very brief shots of Gabriel’s already uncovered body. 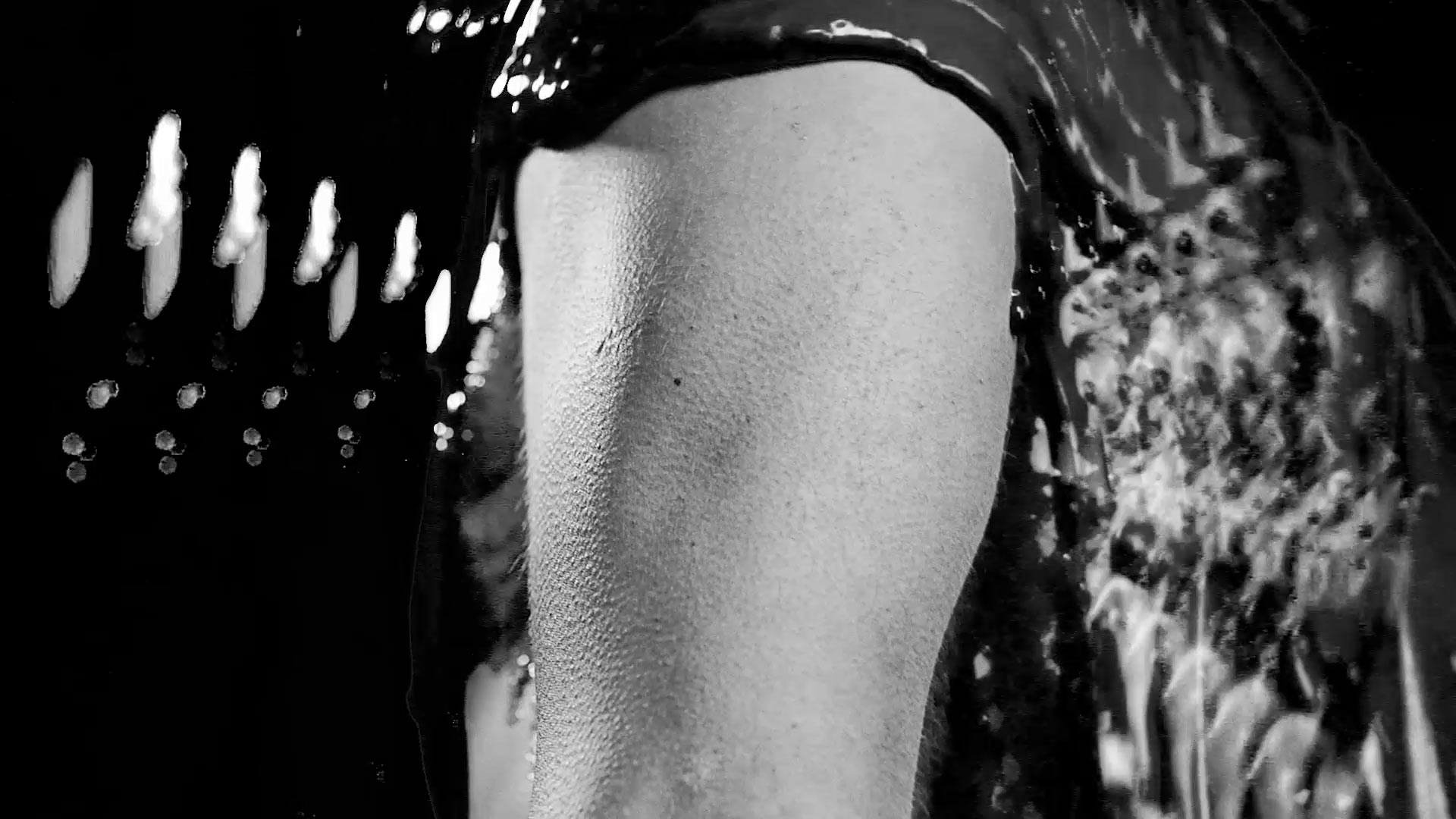 In the end though my approach is to go with what touches me the most. I start by editing exactly as it is in the script and storyboard. Once I have the 1st cut I start creating new timelines with what for me feels right at that specific moment. If I have time and flexibility I keep doing this until I sense that finally there is something special in that work and knowing that I gave my best to achieve that.

I was quite reticent of presenting this new video to the musician Gabriel Iglesias, but he loved it! This is the power of art, to carry an infinite number of symbolisms and meanings that mean different things to different people. In the end, I don’t know if I achieved my initial purpose of exploring the ‘cosmic’ but, for me at least, it carries a very deeply personal moment that I had to get through.