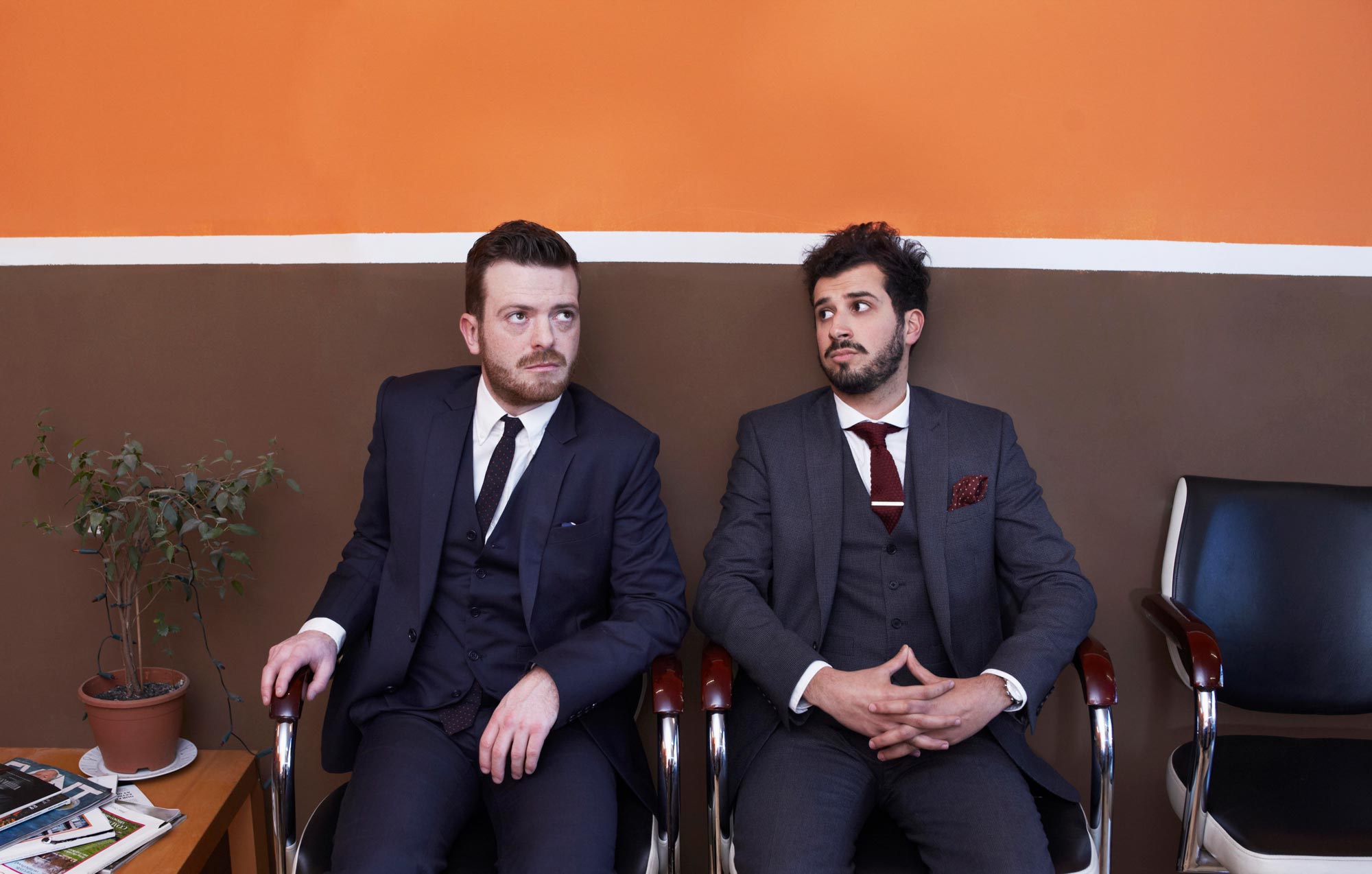 Despite their self-deprecating ‘gap in the market’ name, award-winning sketch duo Mid-Brow – made of 1 part Alex Cooper, 1 part Tom Blackwood – have been building a name for themselves on the comedy circuit and, in the past few viral views days, online with their latest sketch Bad News. I caught up with Tom to discover how the pair translate their work from stage to computer screen and the addictive danger of talking like a newscaster in everyday life.

What brought the two of you together as a duo?

We were both part of a play and quickly realised we love sketch and had been writing independently, but with not much success. We then got together and quickly wrote a few, one of which was Spoilt, and then just cracked on and made it. As you can see it flew, with a lofty 3K in views, but it was a start.

To what extent do you sound out your material before releasing it to the world?

We perform regularly around London in Camden, Leicester Square and Angel and have been up at the Edinburgh Fringe for the past couple of years. Our last two sketches, including Bad News, were written for stage so have been tweaked and stress-tested to an inch of their life. BUT they each had to change when coming to be filmed, as what works on stage rarely translates well to screen….and we’re very much talking from experience… We made a clanger that will forever remain unseen.

What works on stage rarely translates well to screen.

Performing in front of audiences, you learn very quickly when you’re plateauing. Whenever we write we always ‘try’ to be clever with the humour, but we have a couple of hard and fast rules: If it’s funny and relevant to the narrative, you’re in. If it’s just a funny, you’re out.

Given the saturation of news coverage in our lives, Bad News feels very resonant, did something in particular spark the idea?

Well, it was actually Alex’s work colleague who, when he was presenting anything, kept on slipping into the tone of a newsreader. We started joking around in that voice when we were out for a pint and quickly realised we could be on to something. When it comes to the voice, weirdly not. The ‘BBC News’ intonation and cadence were kind of hard-wired into us….and I think everyone else as well. The more we performed it, the easier it became, but we quickly realised, like Alex’s friend, it’s quite hard to switch off.

How self-sufficient are you when it comes to the production of the filmed sketches?

We both come from a media background, Alex working for a comedy content agency and I working for a creative agency. We work in the field which is why we like creating sketches that feel more cinematic. We’re not snobs…well we might be a bit!? We just like making stuff that looks good.

Feast Films did all the production, we had Rob Jarvis at the helm with an Arri, he has an incredible eye for detail and composition. Hettie Griffiths was our brilliant Editor. This film went through a lot of chopping and changing…she has the patience of a primary school teacher. Alicia Macdonald was our Director, she worked with us on Prime Minister, our previous sketch about the real reason that David Cameron resigned. She’s amazing to work with, brings out the best in our performances, whilst running a very tight ship and knows the shots she wants.

What prominence do you feel comedians should give to their online presence versus the traditional live comedy circuit? Is there anyone whose career you see as a template for how you’d like Mid-Brow to progress?

Big Train, Cardinal Burns, Cowards, Smack the Pony…the list could go on. Sketch isn’t for everyone but they all made it appealing and with real flair. If we could have a pinch of their success we’d be very happy chappies.

There are so many ways nowadays to get seen and get noticed, we’ve done both but our heart was always in film. We started making films and then thought “Shit, we need to do the stage thing first!” so we jumped to that. You’ll learn so much from each, but in reality, you just need to do both. We know as much as anyone that this is not just an industry, it’s a business. You need to make yourself as desirable as possible. So that means gigs, films, likes, retweets…we don’t love all of it, but you’ve got to do it. As if you don’t someone else will.