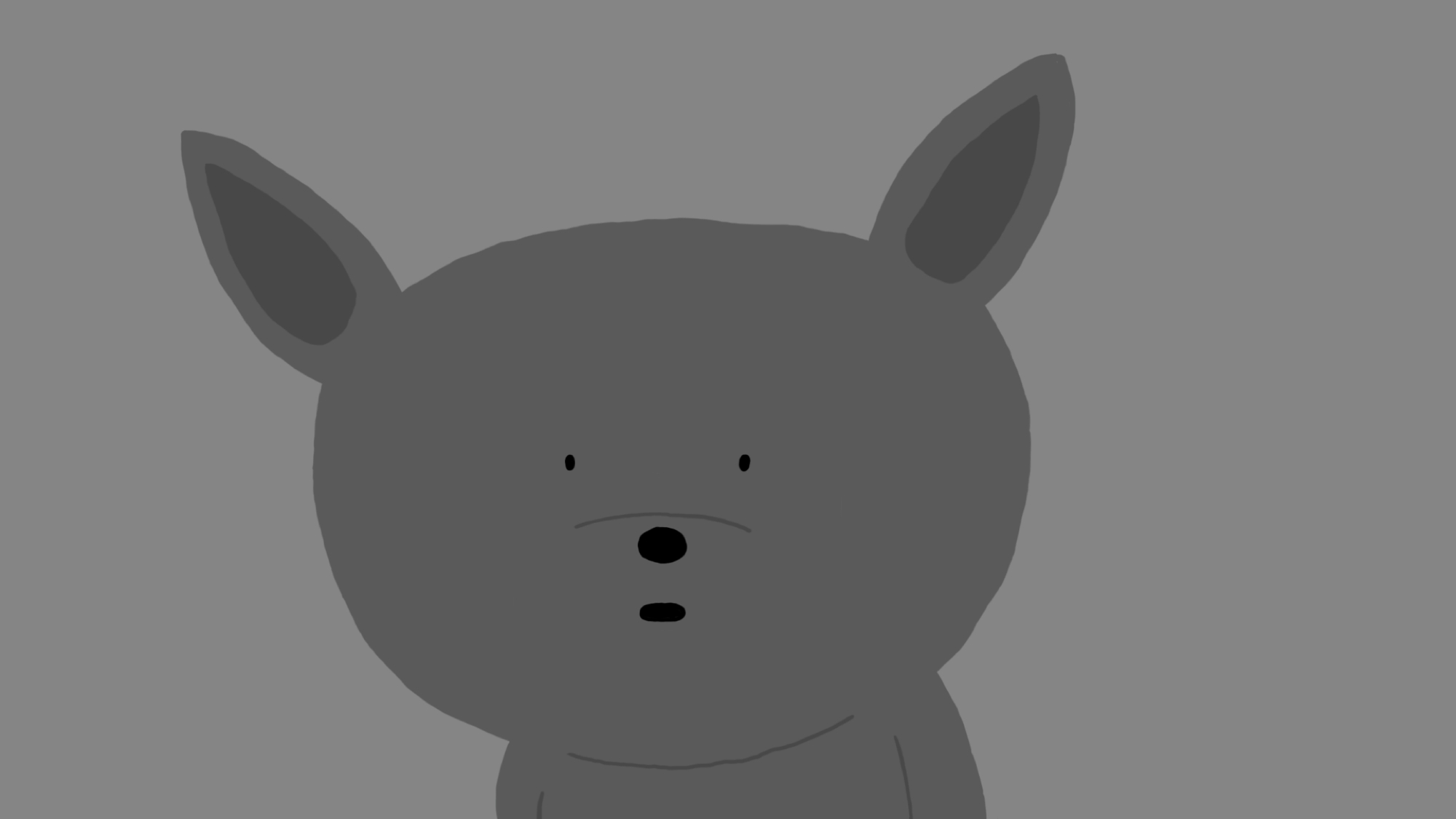 Today we catch up with French animator Julien Piau whose new short about the fear of loss, PÉRILLEUX RACCOURCI, opens with the two acolytes in a percarious position after taking a shortcut between two cliffs.

What prompted this story of loss and friendship?

I wanted to express above all things a feeling, an emotional state about the fear of losing someone close. The fragile relationship is defined by the endangerment of the two protagonists.

There’s a simplified beauty in the metaphoric sequences you use in place of character action which seems to be a new aspect in your work.

I like to tell things with a refined and childish style because it contrasts with the subject of the story that is deeper and darker. By replacing the characters, I wanted to accentuate the effect of the scenes. The branch which breaks replaces the fragility of the body. The heart shows the life which disappears by the dissolution of it.

Did this return to a shorter running time equal a speedy production timeframe?

Yes indeed, my work was very productive, about 14 hours a day for 3 weeks in a row. I also changed the graphics tablet (Wacom Cintiq) which saves me precious time.

I had presumed the next thing we’d see from you would be the second instalment of Obscure Aventure. How’s that coming along?

I really look forward to showing you the second part of the movie Obscure Aventure! The journey continues for the twin brothers who will face a new threat together. There is also the animated film ENTRE LES ROCHERS which is in early development. The film will be filled with dinosaurs.