Today on DN, Warsaw director Marcin Starzecki explains how he tapped into the spirit of Henri-Georges Clouzot’s unfinished final feature L’Enfer, for his colour infused music video tribute BWA – featuring the sounds of Soniamiki and the cosmic visage of Agata Trzebuchowska.

BWA by Soniamiki is a very sensual and feminine piece of music filled with emotions of sorrow and bittersweet joy. All soaked in retro ambient. I wanted to make a video where the centre of the story would be a woman and her private world, different phases of life. During the conceptual work, I discovered some footage of L’Enfer by Henri-Gerorge Clouzot. The film was about a man driven mad by the supposed infidelities of his beautiful wife played by cinema heroine Romy Schneider. The director had limitless resources provided by Universal Studios. But he never finished L’Enfer.

I wanted to repeat that magical effect and make the viewers feel that heroine is watching them.

This reference was very intriguing and thought-provoking. The director, who was called the “French Hitchcock”, tried to revolutionise cinema by mixing colorful images of kinetic art to express his hero’s increasingly wild fantasy life and black-and-white footage shot on location. The initial concept for my music video came from the rushes of that movie. I was mainly inspired by the shots of Romy Schneider during camera tests. She looked sensual, beautiful and variable because of different angles of light. I wanted to repeat that magical effect and make the viewers feel that heroine is watching them. Not only was the consequence of the idea important, the casting was crucial as well. I was lucky to convince Agata Trzebuchowska (IDA) to star in it. 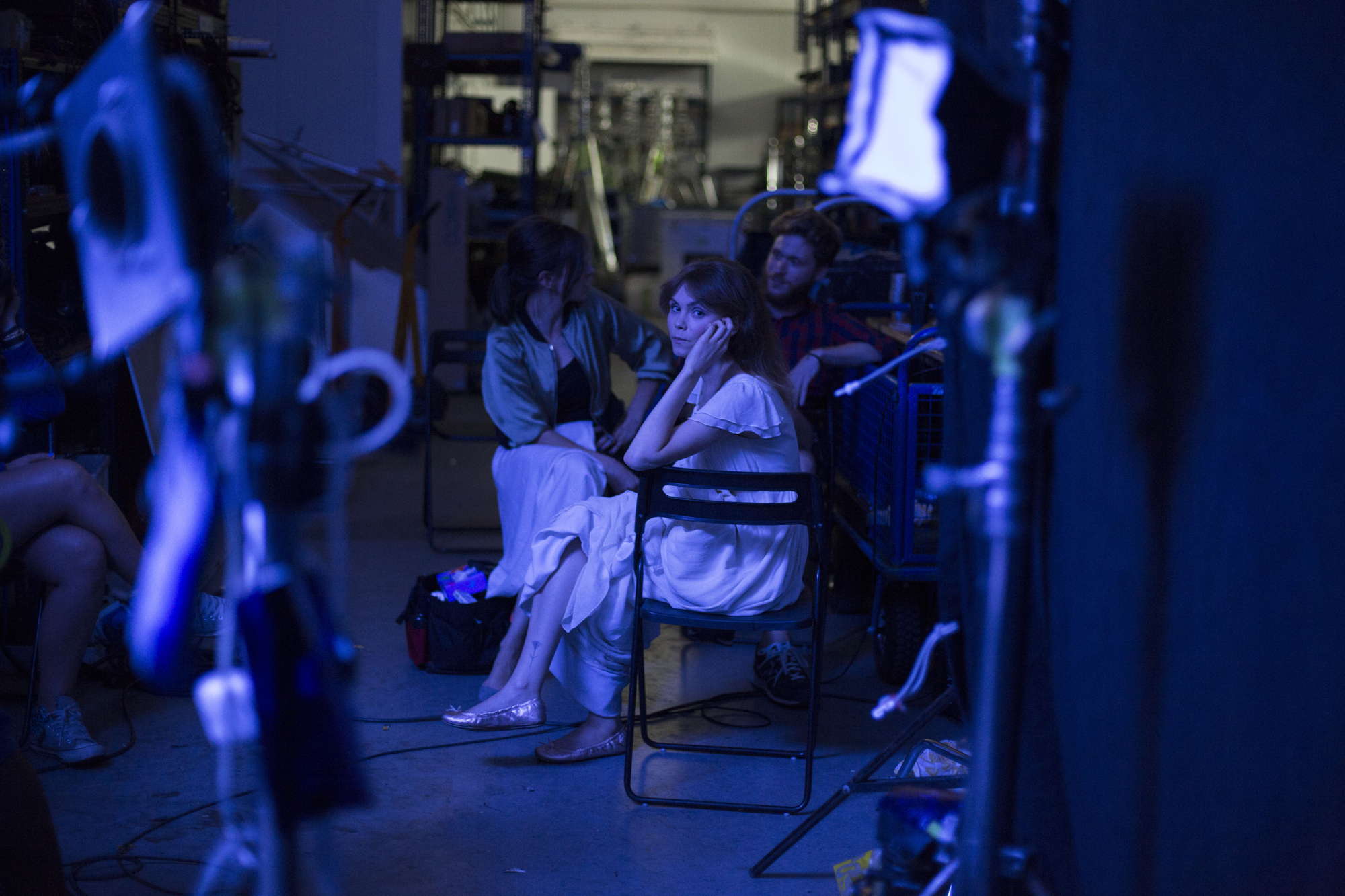 Due to the small budget, we had to be very creative in our preparation period. I was looking for natural locations with symmetrical composition. With a wide range of different scenery within a relatively small area so as not to lose necessary time while relocating. I found them near the city river. I wanted to make a very stylish video. And the changes and moving light was the most important element from my perspective. We built a special grip to rotate the light directed to the face of our actress. We wanted to have a manual control over the changes and to make it in ‘analogue’, old fashioned style.

We shot for two days. The first day outdoors and the second in the studio. We shot on Red Epic and used Lomo Anamorphic 50mm and Lomo Zoom 25-80mm lenses, trying to emphasize the retro style of video. I knew from the beginning that all the images should be centre framed for two reasons. Firstly, it would keep the viewers’ focus and concentration through the whole film. Secondly, the editing would be smoother and consistent.

The final video has a form of a sphere, therefore we can watch it from the beginning to the end and inversely, from the end to the beginning.