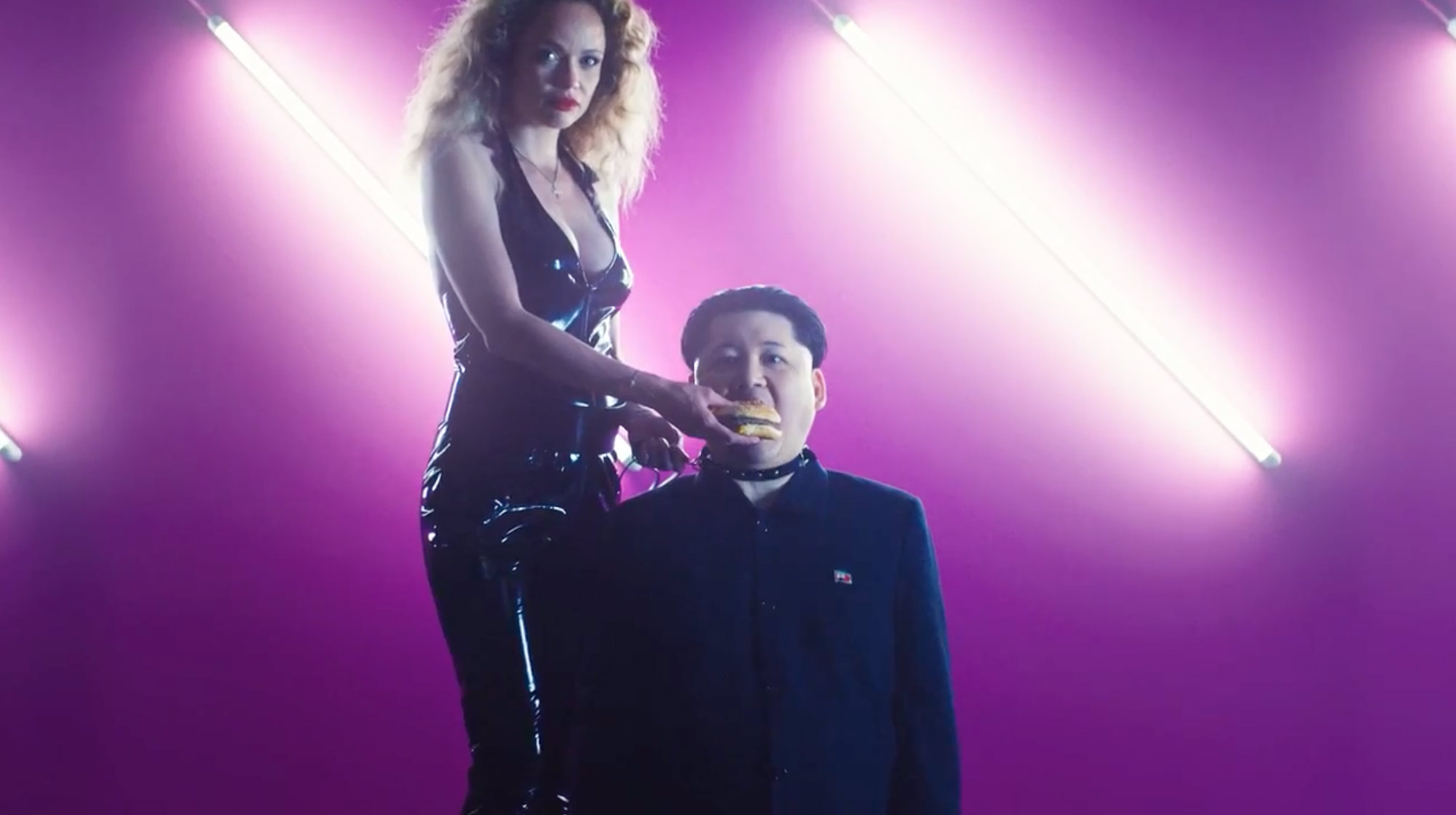 Johan Stahl is the Director of production company Octopuss and a Sundance award winning Scandinavian writer and director. Since returning from an eye-opening trip to North Korea Johan has made it his mission to help eliminate the North Korean regime. With this goal in mind, Johan created DEAR LEADER, a new sunglasses brand – for every pair of sunglasses sold DEAR LEADER will donate financial support to human rights organisations working actively to bring down the Kim dynasty. Johan’s idiosyncratic brand video employs ridicule to expose the outlandishness and atrocities of North Korea’s Dear Leader. I caught up with Johan to find out how Dear Leader came into being and how he composed his dark comedy.

Can you tell us a bit about how DEAR LEADER came into being?

The idea for the brand DEAR LEADER came after my own experience being in North Korea. I went there twice when we did the documentary The Red Chapel.

The real people of North Korea we met were immensely nice but every time the conversation was about their Dear Leader they became like robots – thanks to an efficient brain washing that starts very early in the country. The idea of doing something that could help the population stuck inside the Hermit Kingdom (North Korea) was born then.

So when we were to do a brand film for DEAR LEADER – I wanted to visualise some of the Real Fake News that the North Koreans are told about their leader. Things that they are told to believe. Ridiculous things – Like Kim Jong Il invented the hamburger or cured dwarfism…Telling lies might be the thing you’re supposed to do when you’re a STRONG MAN, leading a country. Look at Putin. All his stuff about riding on horses with his bare upper body, wrestling bears, etc… Look at Trump….not a HUGE humour right there… 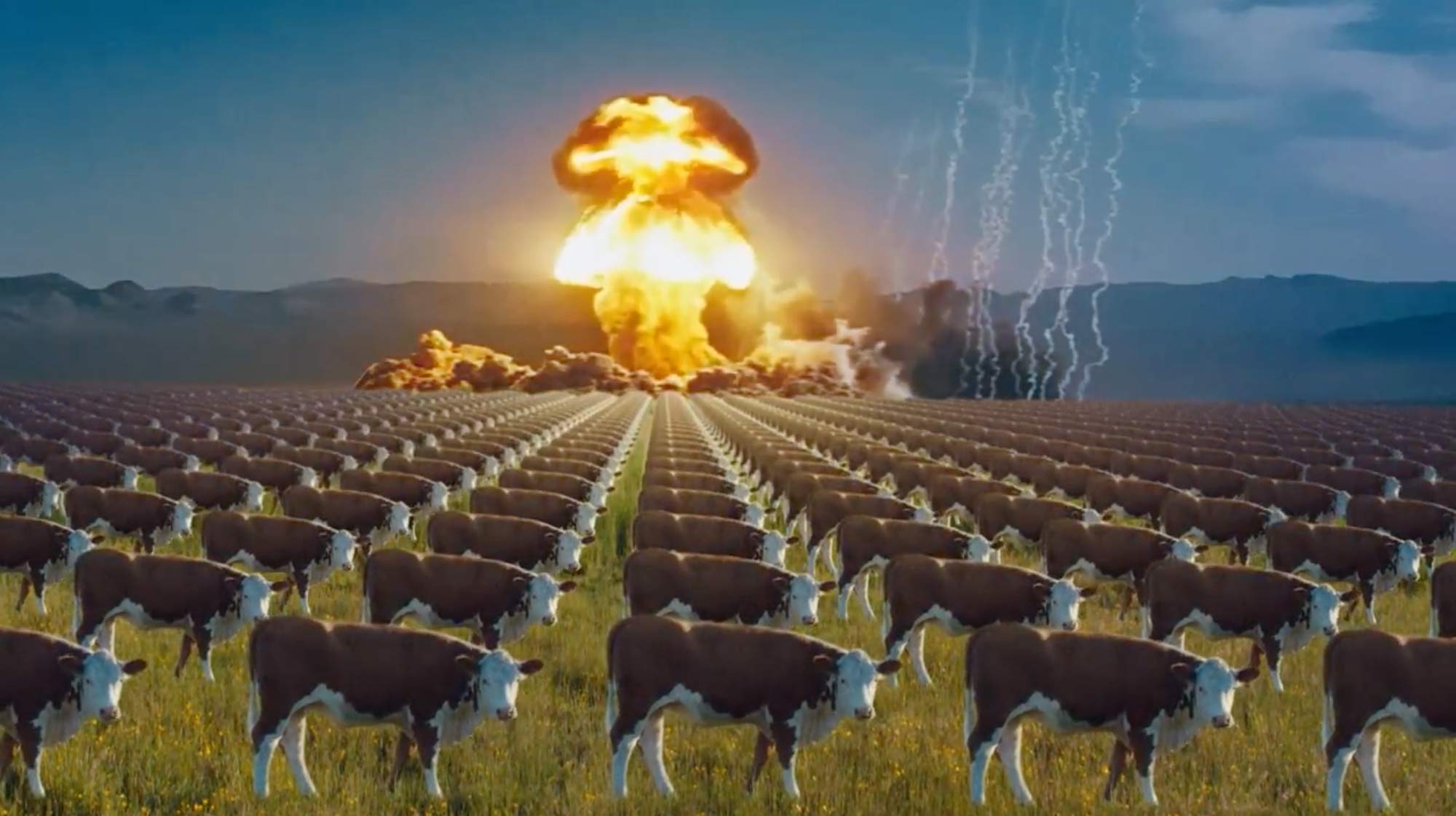 What made you decide to attack from a satirical standpoint?

I’ve always known that I wanted to do something that took the piss out of the North Korean dictatorship because they’re almost comic in the way they carry themselves anyhow. Kim Jong Un recently banned sarcasm… how funny is that? Now you can get thrown to a labour Gulag if you say with a satirical voice “It’s all the fault of the US Imperialists…” That’s brilliant comedy. And I think all dictatorships need to be laughed at because that is what THEY fear the most: people not being scared of them anymore – but laughing at them instead… So mockery is the way to approach them at this level I think. When I found the impersonator in Hong Kong – who plays the drums and earns money from dressing up like Kim Jon Un – and he was game to do the film then it all came into place quickly.

It took me and my cousin Nicolai Stahl (who’s a Partner/C.D. at his own very successful agency Hjaltelin Stahl), a cup of coffee at a hotel lobby to write down the film and the concept. The lies from the regime were already there, then it was just a game coming up with stupid ways to visualise them. 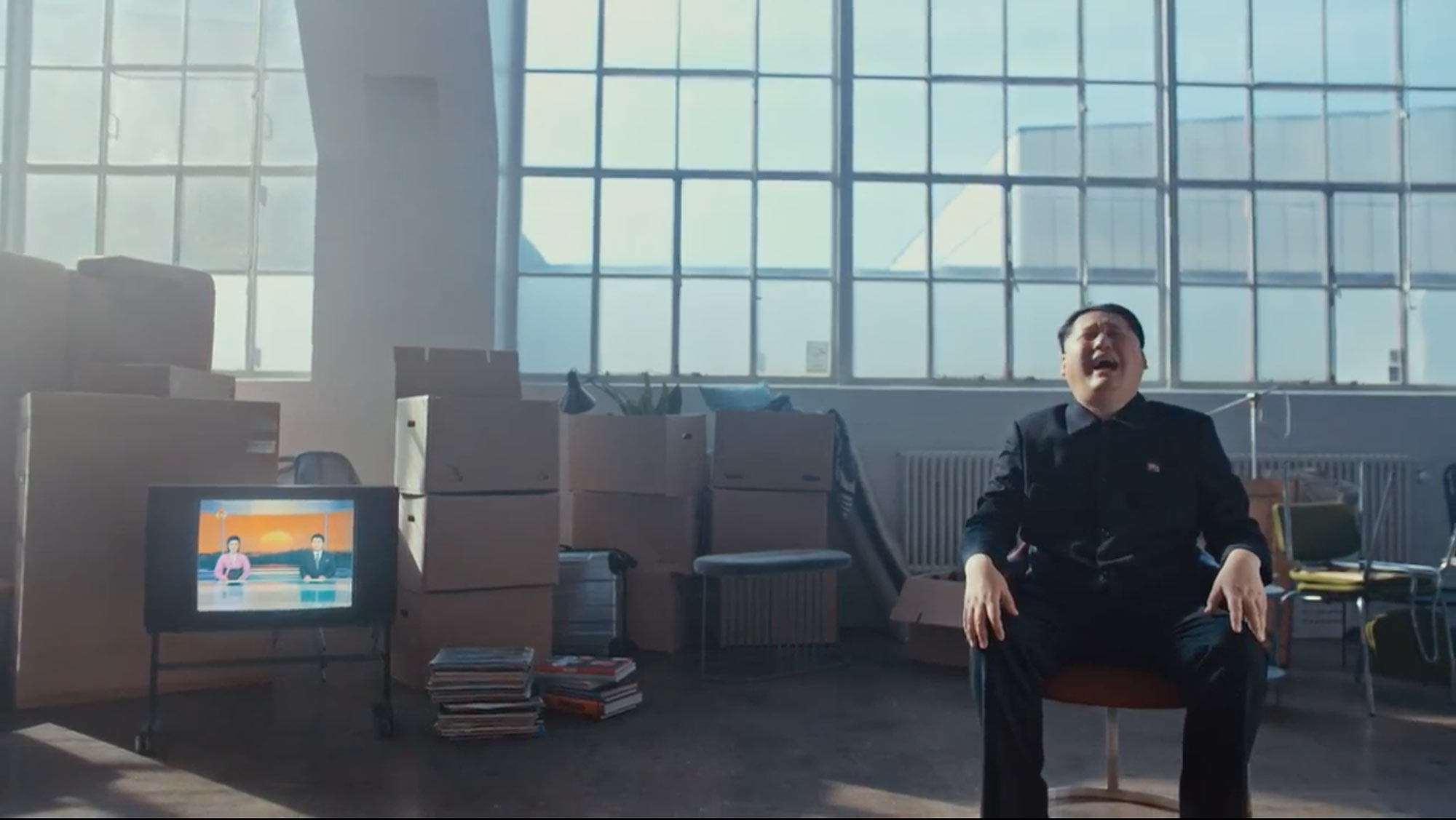 Can you tell us about what equipment was used and why?

We shot on Red Dragon with Master prime lenses. We deliberately went for a very stiff and sharp look because it’s quite North Korean in that way – technically sharp, emotionally cold….and stupid content…

Have you had or are you expecting any reverberations from the Korean government?

Not from the brand film. Yet. But the whole team behind The Red Chapel are all blacklisted from entering the country.

What impact do you feel the film has had so far?

I don’t think it has had any impact yet. But we’re trying to get it out in the Chinese and US news after the summer. Since it seems to get quite relevant with fake news and the conflicts coming from North Korea’s determination on becoming a nuclear power any time soon.

I think all dictatorships need to be laughed at because that is what THEY fear the most: people not being scared of them anymore.

Do you have a filmmaking golden nugget for us?

NEVER take NO for an answer… and react quickly when you feel you’re in the wrong place with the wrong bunch. In this industry, your energy and drive are what takes you and your talent further. Don’t compromise on that.

What are your next endeavours?

I just got some financing to work on my first feature about a ‘Lesbian Contract Killing’. It’s based on a true story and I’m having regular meetings with the actual killer – who was lured into making one of the most miserable contract killings in history and got tricked by the two ladies. It’s like Fargo season 2 – in Copenhagen and Hamburg.

And with DEAR LEADER we’re continuing to grow the brand and are soon launching a FREEDOM COLLECTION with nine different human rights activists from around the globe who have had their own pair of high-end designer sunglasses designed in their honour by one of Denmark’s most acclaimed design houses Kilo Design.