It’s been a few years since we last caught up with auspiciously named directing twosome Norman Bates, but we rectify that extended absence today by talking to the pair about their forthcoming TV series and new music video Wichita – a dark tale of love, compassion and obsession created for Loud Parade’s equally mysterious musical duo Domino Gold.

How did you come to create this dark tale of desire and obsession for Domino Gold?

One night at 1 AM we received an enthusiastic call from Cameron, the producer behind Domino Gold. He was so passionate about his music that he had forgotten the late hour. I guess he never thought we would have picked up, but we’re glad we did. His songs were great and even more important: he gave us carte blanche on the project. Of all people he really wanted us to work with him and create a very personal short story. We were immediately flattered by the whole proposal, and felt that we were on the same page with the band. We always try to shape our music videos as small intimate stories that tell some universal truth. We try to pick those tracks that can handle storytelling and we like to believe that something unspoken can come out of the collaboration between music and film.

Anyhow, when we pitched the story to the band, they were really determined to get the script produced. Thx to Domino Gold’s eagerness and with a lot of help and favours from our friends we shot the urban part in the outskirts of Brussels, and the second part in and around a Chateau somewhere in the deep Belgian countryside. 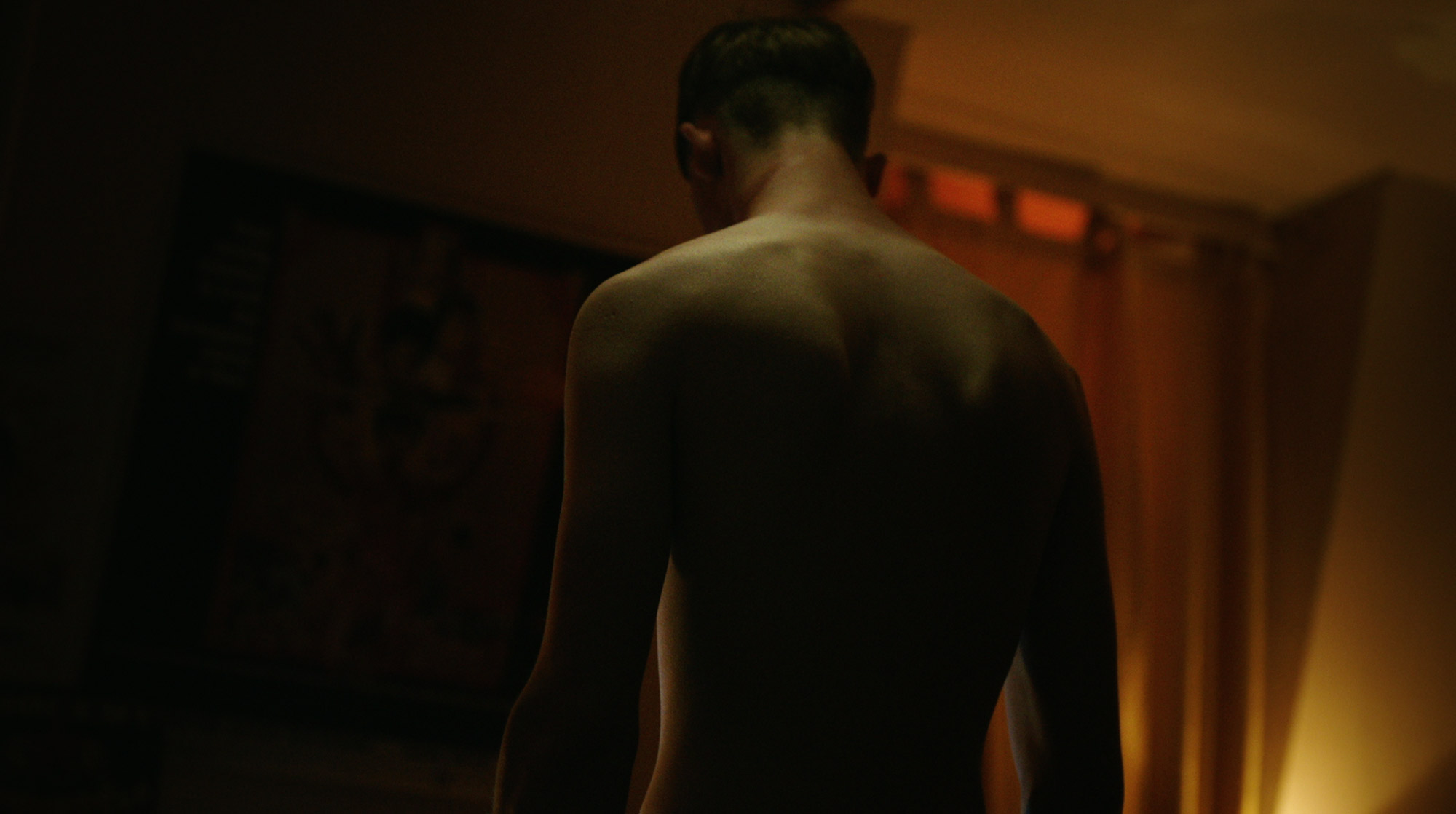 The growing passion between the couple feels very palpable, where did you find your actors and what drove those performances?

Stink London helped us finding them through a casting agent in London. We saw many people but Dottie James and George Somner stood out, not only because of their acting skills but also because of their own personalities and charisma. Very often we just like to talk to our actors, trying to understand who they are and how they think. If they understand the role or they feel for it, our job is halfway done. They felt like a perfect match to us, sometimes you just feel it’s right when you put two people together.

We always try to shape our music videos as small intimate stories that tell some universal truth.

On a practical level: this time we did less rehearsals but we talked a lot beforehand. On set Dottie and James improvised a lot. We wanted their passion to feel real and natural so we gave them a lot of room to play and explore. We hope that comes across in their performance on screen.

The intimate camcorder footage feels very much a precursor to the current mobile age. What attracted you to the camcorder over the mobile phone?

We opted to use camcorder footage to give the couple’s interaction a timeless feeling. They are outside the contemporary and live in this kind of enclosed bubble so it felt right for them to have their own aesthetic. We wanted to achieve a more textured look for these intimate video diary moments. The image quality of a contemporary phone is just too good. It’s too sharp and thus less interesting for this dark fairy tale.

As far as the camcorder footage was concerned, we did our best to fuck up the image. We used an early nineties hi-8 camera that Grimm Vandenkerckhove (our dop) found in his basement. He loves to collect old videocameras and has some very rare examples. Later on, we played the images back through an old tube tele and re-shot them afterwards. Together with the Alexa footage it creates a nice contrast and it gave the edit the rawness we were looking for.

There are several scenes of Dottie James directly interacting with fire as her obsession deepens. Could you explain the practicalities of capturing those shots on set? Did they require additional post work?

Most of it is done in camera and only a few flames where added in post. I guess it must have been a great challenge for her when she first found out we wanted to do all the burning stunts for real, but she was very brave about it and never even doubted the fact that this would give the best result. We wanted her self-mutilations to feel as real as possible, without being overly cut and edited, so you could really feel her determination to physically become closer to her object of desire. On set, it was a matter of just going for it and making sure she couldn’t get hurt. Obviously Dottie had a professional stunt co-ordinator who helped her through the process so believe us, she wasn’t harmed at all.

You’re currently in the midst of shooting your first fiction TV series, what can you tell us?

It is quite a challenge since we have never shot for more than 20 days in a row, but this time we have 110 shooting days. We are halfway through the process now and it feels good. We basically use the same working methods as we do while making our videos so it feels like second nature.

The series tells the story of a has-been TV personality: John Beckers. We meet him when he gets out of rehab, trying to lay off his addiction to drink and gamble. But upon his release; he spirals down a world of crime, becoming the major cocaine trafficker in an underworld that necessitates anonymity, which is quite hard to pull off when you are a former celebrity. The setting is the international port of Antwerp, a gateway to a world in which every container coming in might be the start of a new story. Against the backdrop of this enormous universe the characters seem nothing but small, fragile and struggling beings: John Beckers, his family, his lovers and his growing number of enemies.

What attracted us to this story is the fact that it really gives you a good insight into the mind of an addicted person. Of course our main character is troubled and stuck into his own web of lies. But there is something about addictions that concerns us all: the fact that they can only exist when the people closest to you look the other way. It’s like a joint effort, but without the satisfying result.

The series is raw, dramatic and realistic, we hope people will like it. The first of ten episodes will air end of 2018.