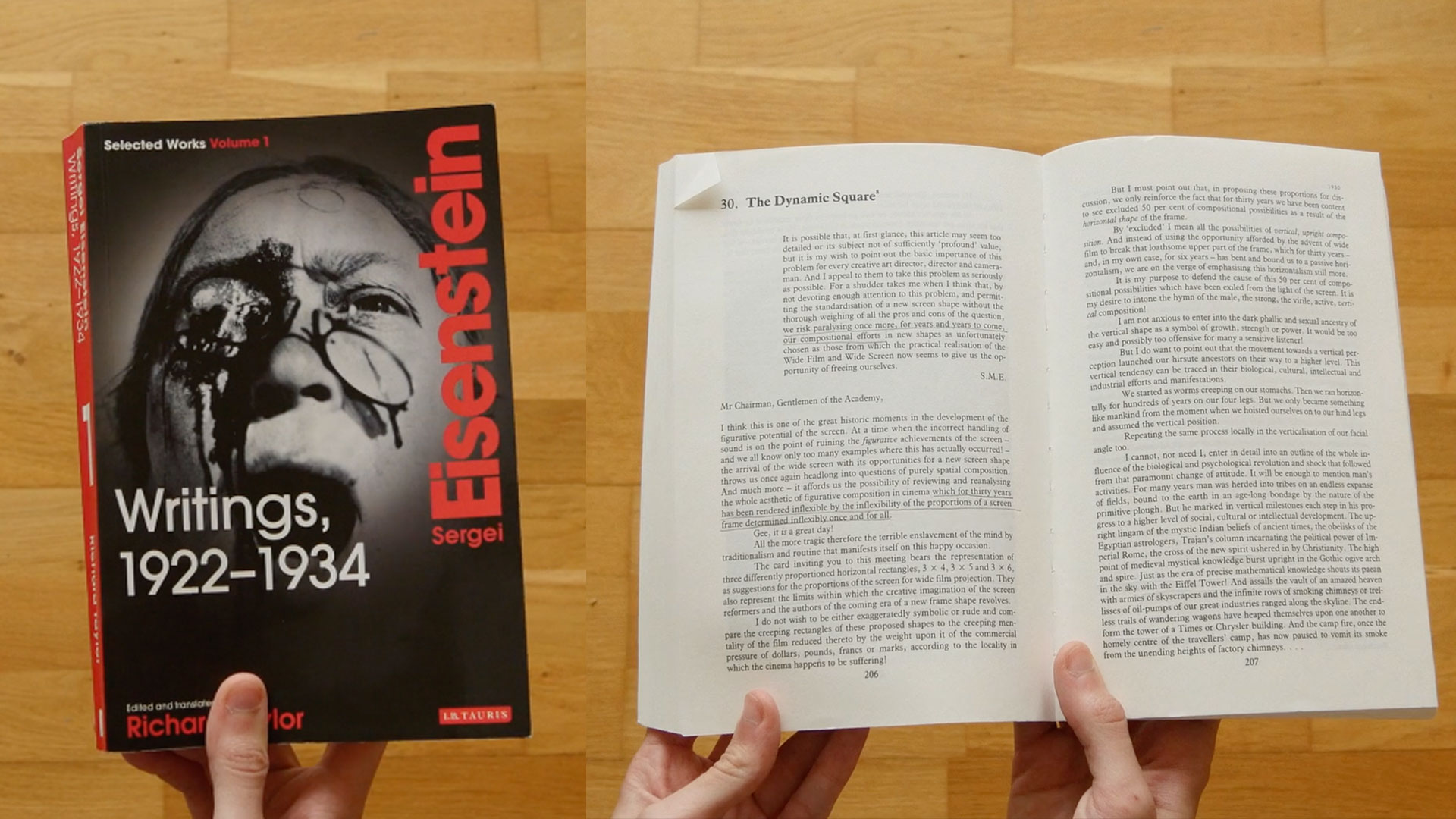 Having only just featured his hilarious documentary Fish Story on Directors Notes last month, filmmaker and ‘sometime film critic’ Charlie Lyne is back on the site with an all together different type of short film. A video essay focused on ‘the enduring cinematic tussle between frame and container’, Lyne’s 9-minute short Frames and Containers explores the history of aspect ratios in film in the director’s trademark informative, yet playful approach

What inspired you to make Frames and Containers?

I gatecrashed an event at the Whitechapel Gallery in London last year, a kind of essay film symposium called Indefinite Visions. I’m not an academic, so I was initially put off by a lot of the lingo (I’ve never heard the word “pedagogical” spoken so many times in quick succession) but I soon realised how accessible a lot of the material really was, and how precisely it could express hitherto vague ideas about cinema that had been percolating through my mind.

After the event, the brilliant video essayist Richard Misek asked me if I’d be willing to contribute a video to a special edition of the video essay journal [in]Transition, tied to the symposium, and I said I would. He then gave me a selection of essays I could choose to respond to, and one of them was Julian Hanich’s Reflecting on Reflections, which became the basis for Frames and Containers.

I also hope it will help my elderly relatives to notice when they have the aspect ratio on their TV set wrong.

What do you hope a viewer, and in particular a filmmaker, takes away after watching your film?

I’ve always been fascinated by aspect ratios and frame shapes, and although it’s a subject that can seem a bit clinical and pedantic, I think it has a huge impact on the emotional experience of film viewing. So I hope that Frames and Containers would encourage people to scrutinise the formal aspects of a film’s presentation that are easy to take for granted, and question what subtle decisions like the choice to shoot a film in 1.85:1 rather than 2.39:1 tell us about a filmmaker’s intentions. I also hope it will help my elderly relatives to notice when they have the aspect ratio on their TV set wrong.

How did you go about choosing the clips to include in the film – did they naturally come to mind, or was there a lot of research involved to find them?

A lot of the films were mentioned in Reflecting on Reflections, the essay which inspired Frames and Containers, but beyond that, I used a combination of online research and my (very fallible) memory. I definitely bought at least half a dozen films in search of vaguely remembered scenes that turned out not to exist. I should also give credit to a really idiosyncratic list of films with shifting aspect ratios, compiled by Tad Leckman.