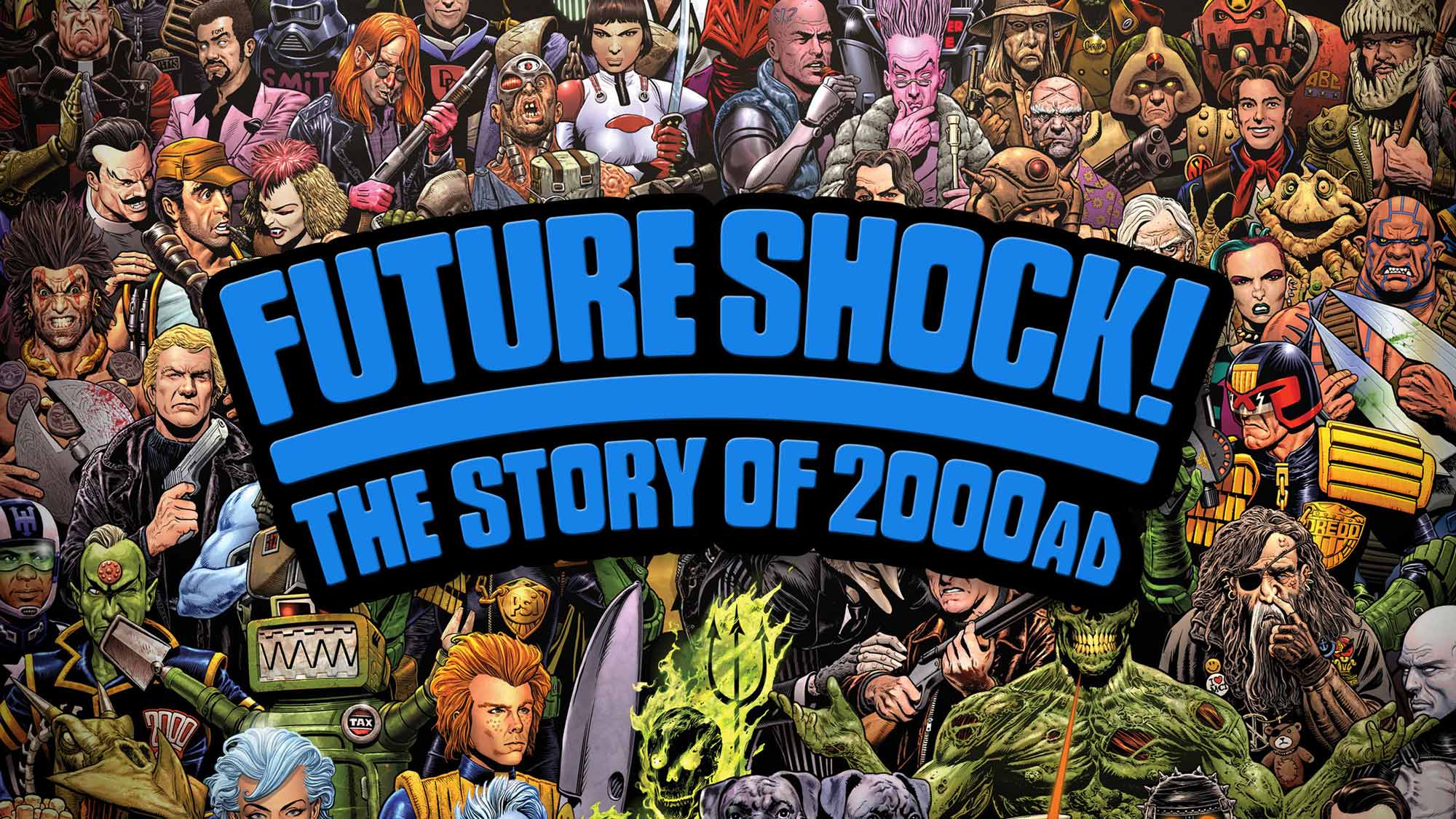 Whether you’re a lifelong reader of seminal British weekly comic 2000AD or have never heard of it, chances are that its anarchic sensibilities run through the DNA of much of the media you consume on a daily basis. 2000AD is title which nurtured the early talents of comic titans such as Alan Moore, Grant Morrison and Neil Gaiman, to name a few, whose work then went on to influence generations of creators across numerous fields. Made with heart and a desire to set the far reaching influence of 2000AD on the record, Paul Goodwin and Sean Hogan’s feature documentary Future Shock! The Story of 2000AD, takes a deep dive into the unruly history of the Galaxy’s Greatest Comic. With a new feature packed BluRay edition of the film out this week, I sat down with Paul and Sean to discuss how they brought this untold story to screen.

Future Shock! tells the story of 2000AD: a UK science-fiction comic that changed the face of the comics industry. First published in 1977, it was violent, anti-authoritarian, blackly funny and above all, idiosyncratically British. Future Shock! offers an comprehensive overview of the magazine’s history: a warts and all look at the various highs and lows, a peek inside the creative process of some of its most famous creators, and a funny, moving and passionate chronicle of how a band of talented eccentrics came together to create a visionary and extraordinary comic that is still a game-changer 40 years on.

We wanted to do something that we gave a shit about ourselves.


Subscribe to the Directors Notes podcast in iTunes, Stitcher or by searching for us in your favourite podcasting app.